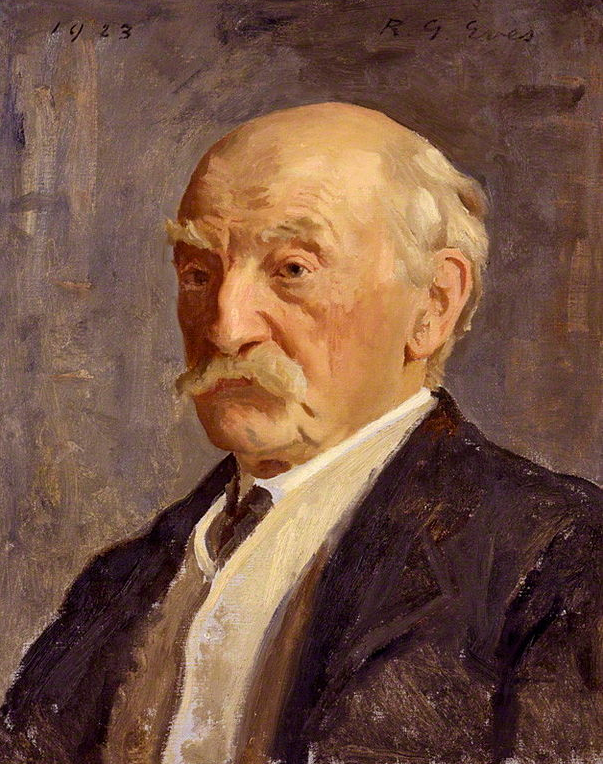 It’s no Jane Austen’s house, commanding the centre of a village and smacking of genteel Georgian thrift and cultural pursuits, with windows that let in the refined light of day

Thomas Hardy’s birthplace in neighbouring Dorset, lies lost in the shade of Thorncombe Woods and is approached via a gentle, winding ascent though beech glades. You hardly know it's there until you happen upon the clearing at its gates and behold the cob and thatch cottage built by his grandfather. It seems so apt an analogy of the author's works. He was rooted in the Victorian era, but his gritty clarity, within an expansive style, foreshadows the post-war world where interior life was beginning to bleed through the skin of prose. It might even strike some readers that his method was resonant of the French novelists of his time.

The Higher Bockhampton cottage is a place of cockeyed doors, cramped rooms, roaring fires and soot smells. You can imagine the rough and tumble of a family bent on survival, growing their own food and bettering themselves against a background of rural hardship in those days of the Tolpuddle Martyrs. Hardy's father, also Thomas, was a stonemason and builder, an accomplished fiddler, and the whole family would entertain themselves with music of an evening.

His mother, Jemima Hands Hardy, was an indomitable figure who was well-read and had pretensions to social status. Almost certainly she was an inspiration in Far From The Madding Crowd when her son wrote: 'She was of the stuff of which great men's mothers are made. She was indispensable to high generation, feared at tea-parties, hated in shops, and loved at crises.' Young Thomas having been tutored by his mother, attended a local school at the age of eight, but showing a marked aptitude for learning, was soon entered at an academy in Dorchester. The distance meant a three mile walk each day, each way, through a landscape which contrasted rustic poverty and urban prosperity. You can well imagine that this, from Jude The Obscure, rings of his leaving and setting out upon a personal journey: 'Be a good boy, remember; and be kind to animals and birds, and read all you can.'

When you look at his portrait, what do you see? Resignation, disenchantment, even a whiff of misanthropy. Here is a fellow whose long first marriage withered into a grudging tolerance and whose wife, Emma, for twenty years slept in the attic and kept a journal and wrote poetry. The romance of wedlock had quickly expired, and Hardy felt trapped. (In the recesses of his psyche, there must have been echoes of his mother's injunction to her children to avoid marriage and live as bachelor siblings, which the other three obeyed!) ‘A bad marriage is one of the direst things on earth and one of the cruellest,’ he stated. Yet when Emma died, he was instantly tormented by loss and had her coffin placed at the foot of his bed for three days, until the funeral.

Later, discovering Emma's writings, he was overcome with guilt and remorse at his cavalier treatment of her. It was to blight the rest of his life and overshadow his marriage to the young Florence Dugdale, a children's author.

Hardy was a man who kept his tenderer feelings under wraps. His heart, though riddled with contradictions, burned with a desire for honesty and humanity. It left little room for the partiality and bias of novelists like Dickens. There is a careful modulation between good and evil in Hardy's realism. As he said himself: 'If a better way there be, it exacts a full look at the worst.' 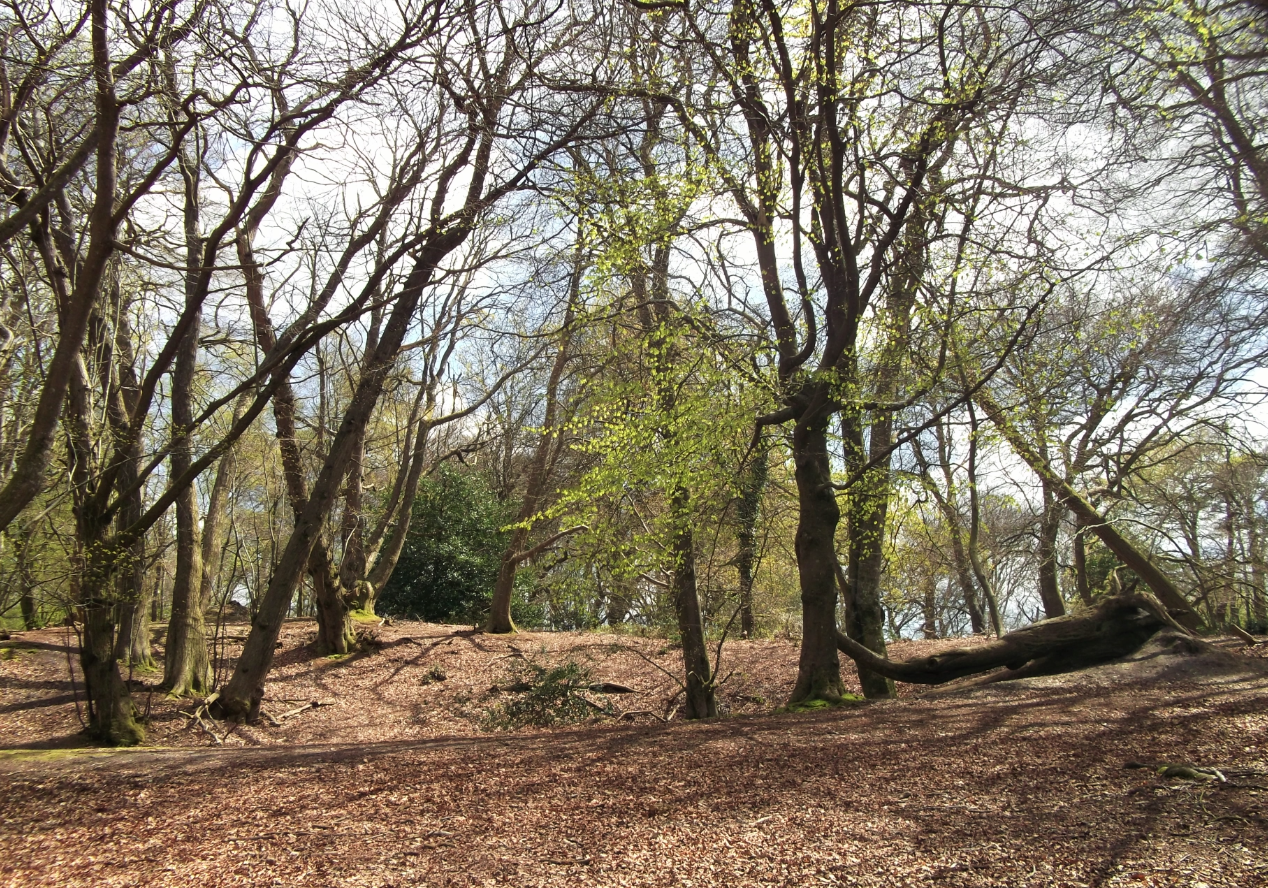 'To dwellers in a wood almost every species of tree has its voice as well as its feature. At the passing of the breeze the fir-trees sob and moan no less distinctly than they rock;
the holly whistles as it battles with itself; the ash hisses amid its quiverings; the beech rustles while its flat boughs rise and fall.' 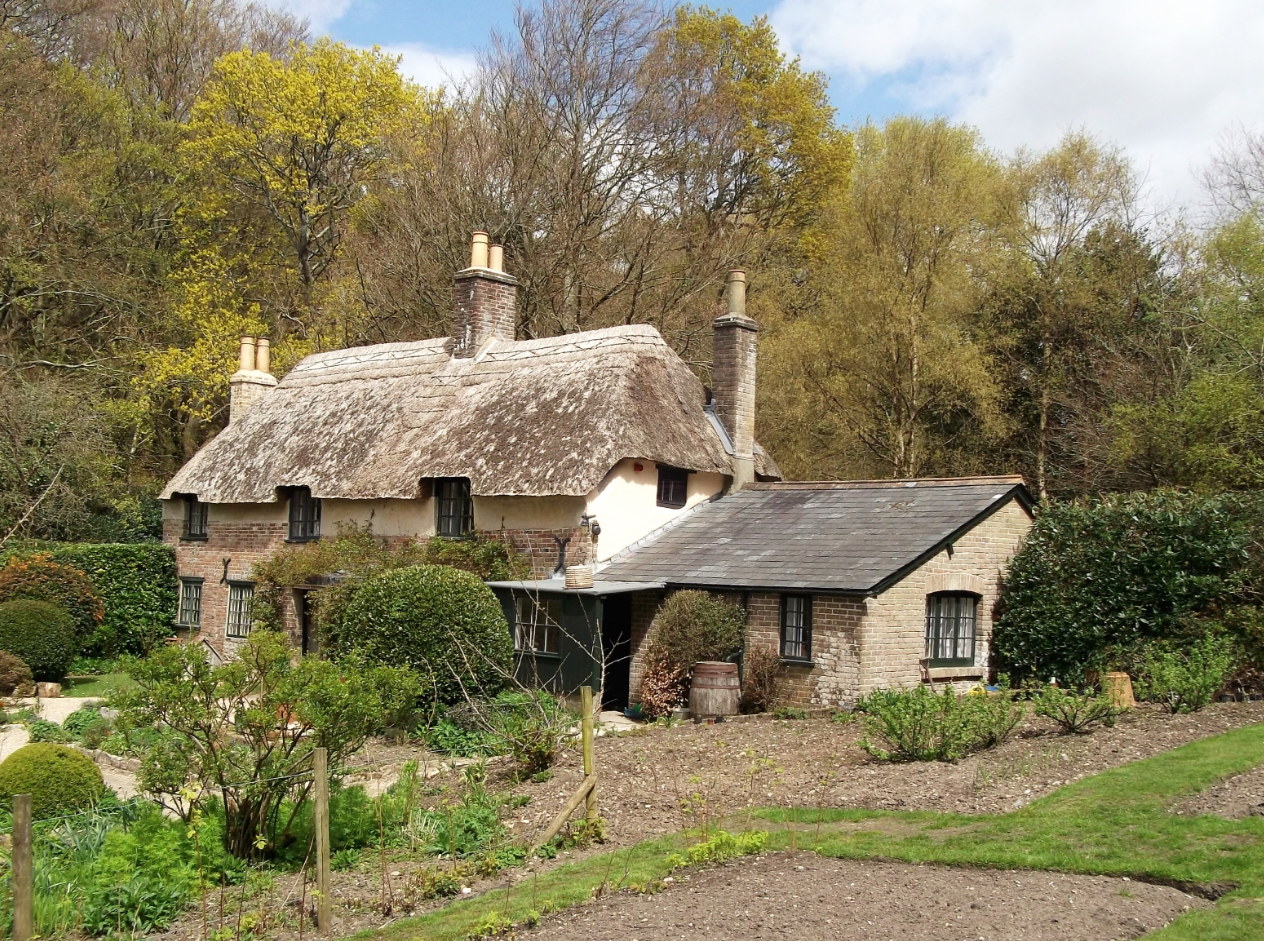 'When the Present has latched its postern behind my tremulous stay,
And the May month flaps its glad green leaves like wings,
Delicate-filmed as new-spun silk, will the neighbours say,
"He was a man who used to notice such things"?' 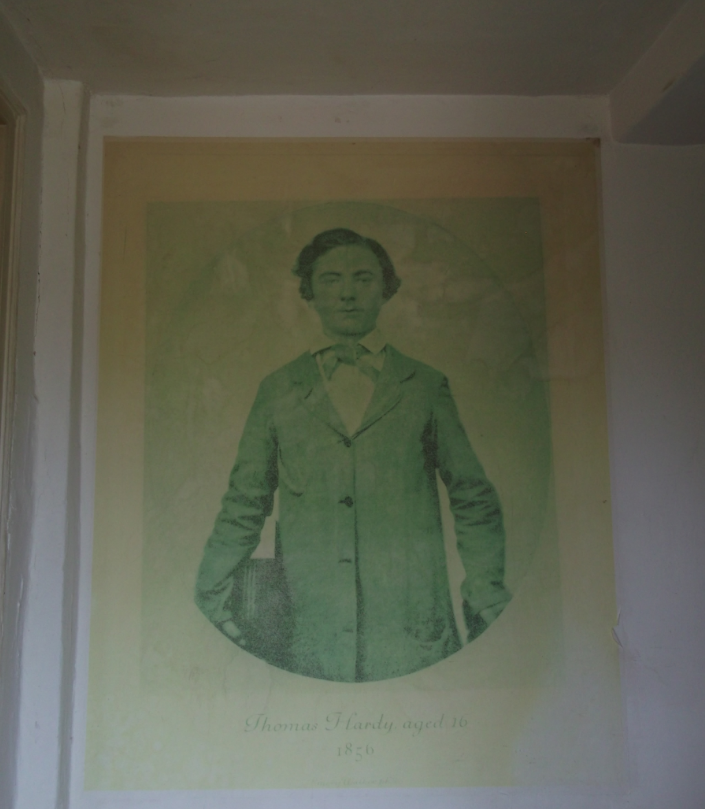 'I am the family face;
Flesh perishes, I live on,
Projecting trait and trace
Through time to times anon,
And leaping from place to place
Over oblivion.' 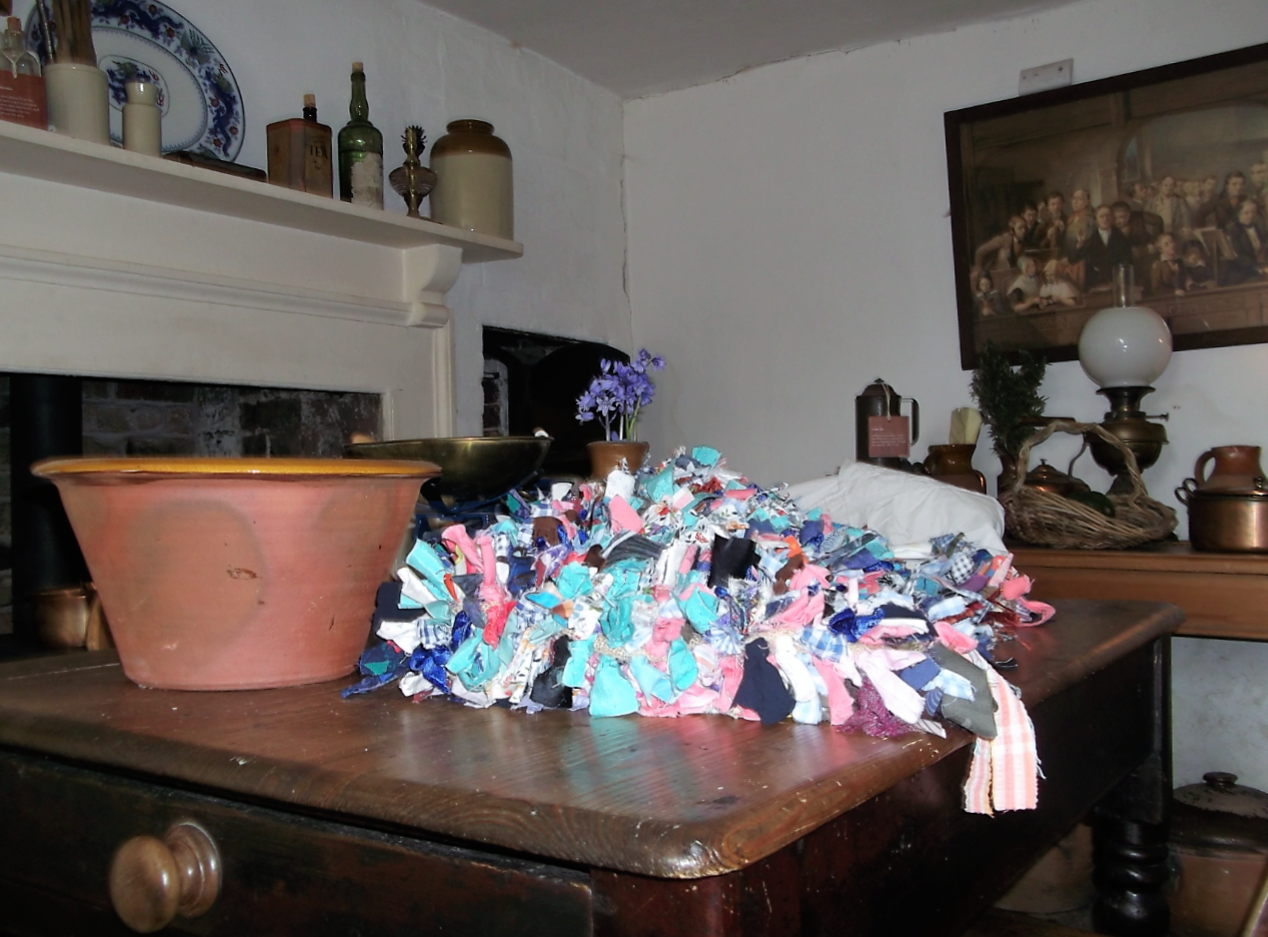 'And all her shining keys will be took from her, and her cupboards opened; and little things a' didn't wish seen, anybody will see; and her wishes and ways will all be as nothing!' 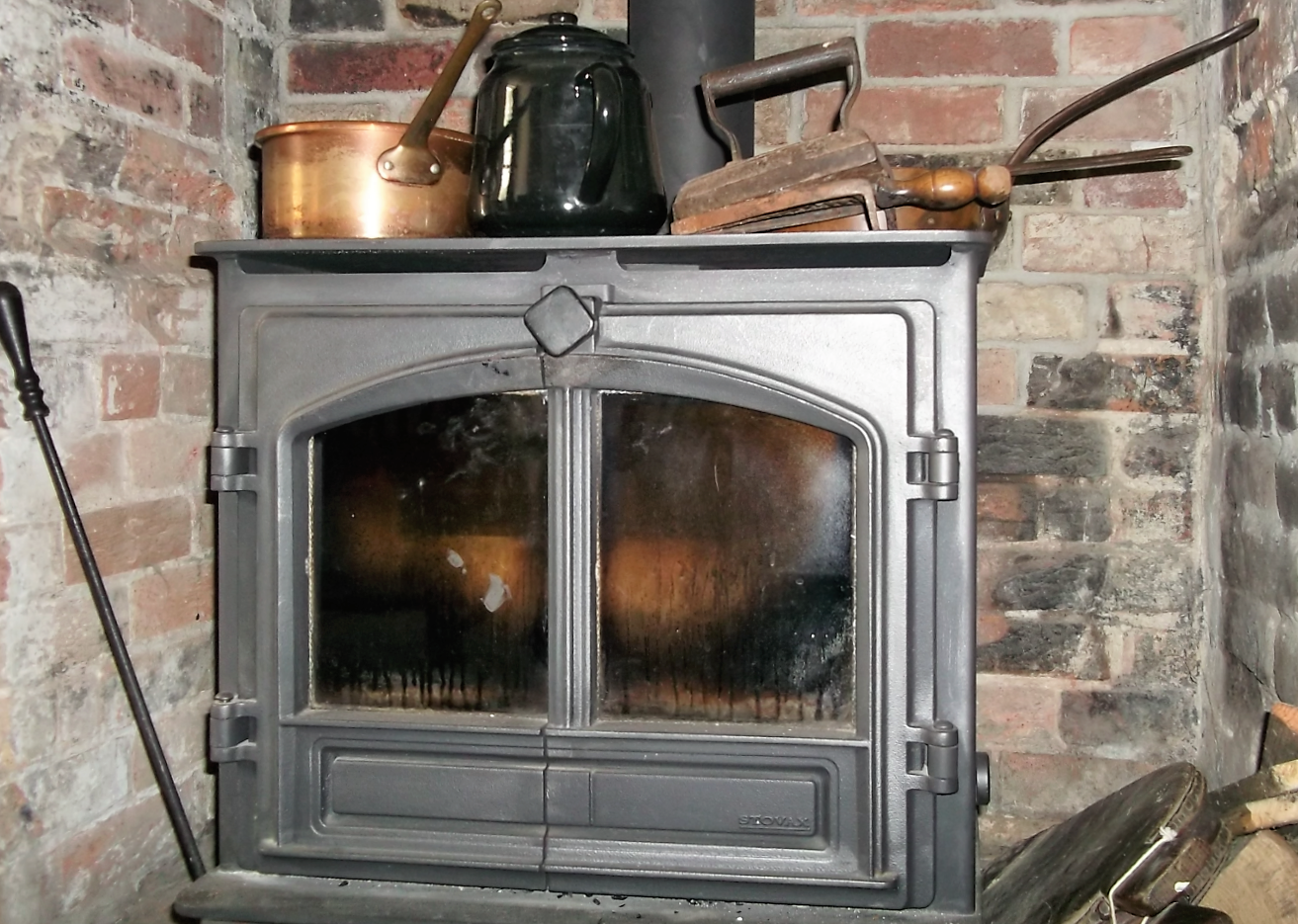 'When that half-burnt log and those cinders were alight she was alive!' 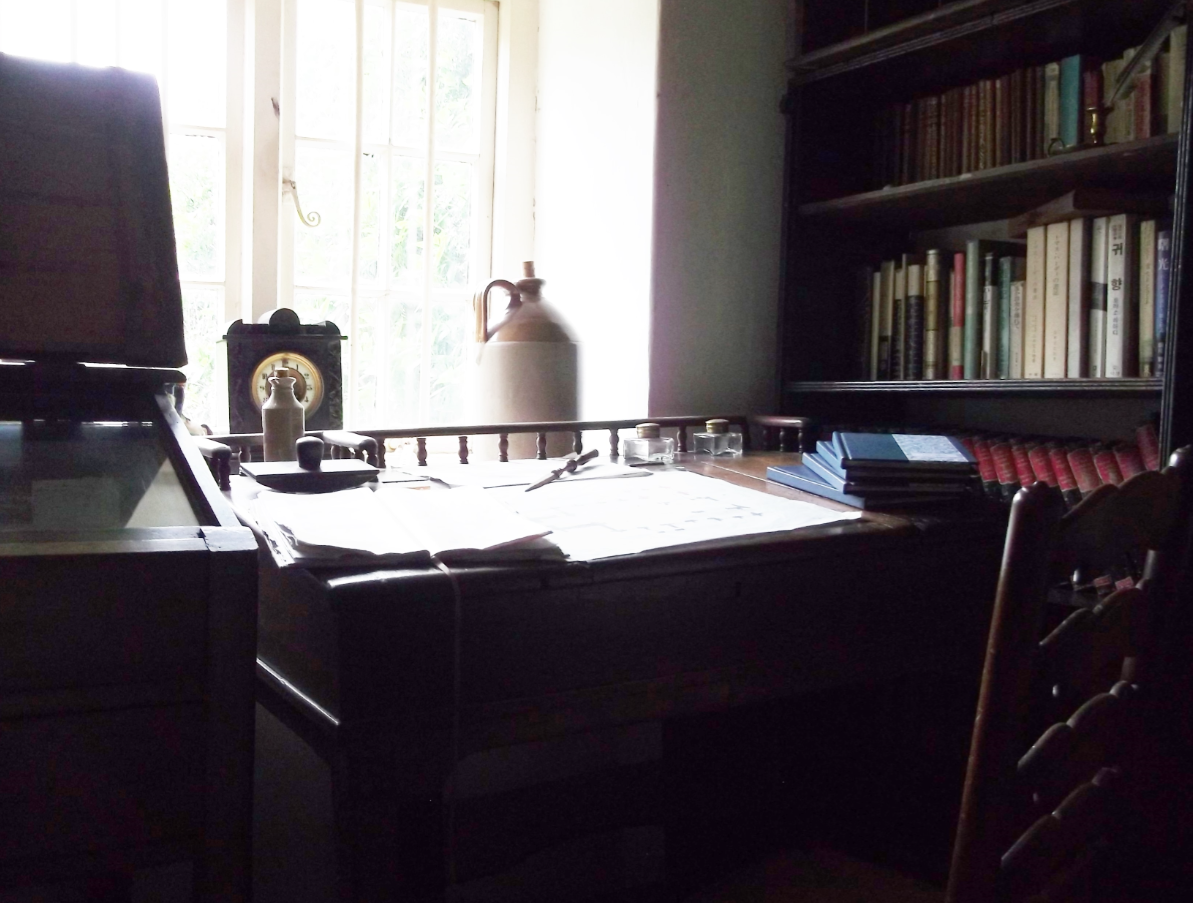 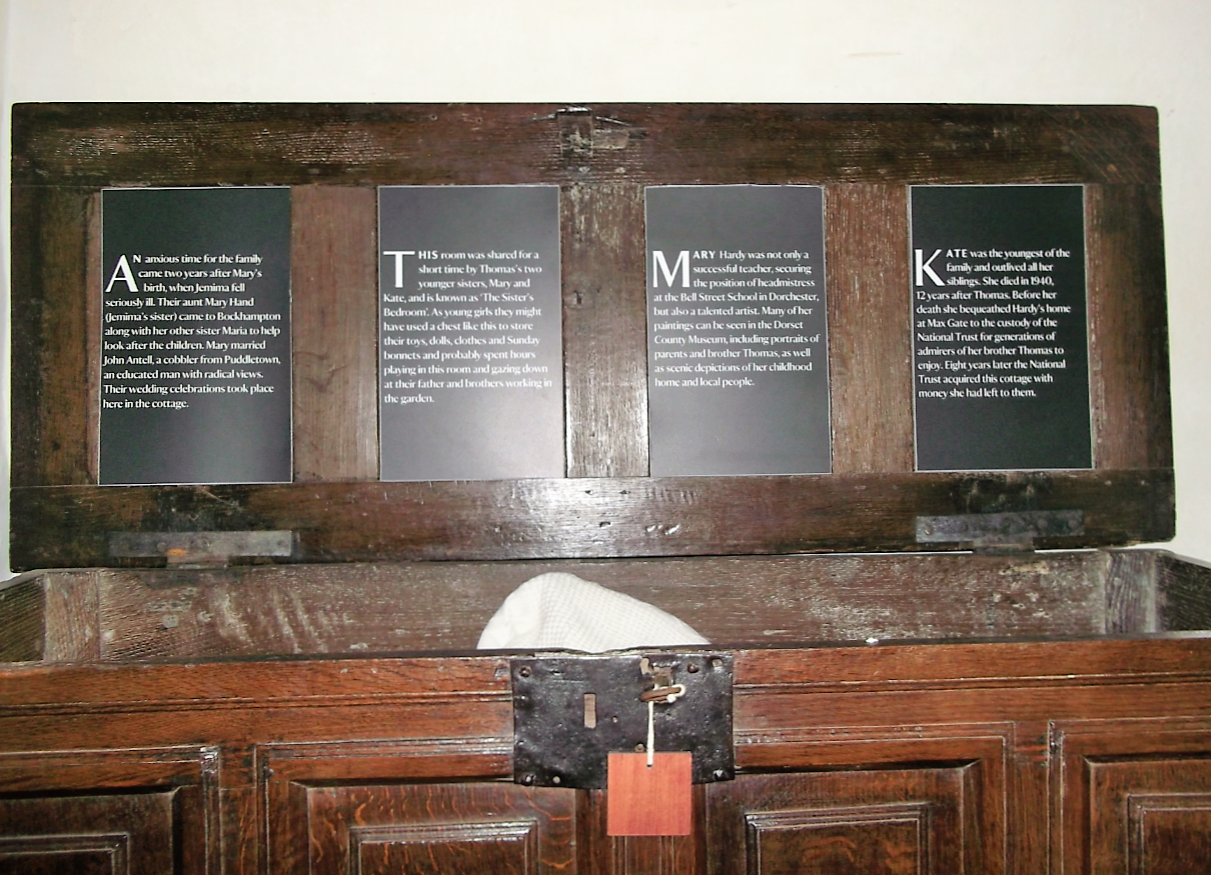 Yes,'says she, 'when I'm gone, and my last breath's blowed, lookin the top drawer o' the chest in the back room by the window, and you'll find all my coffin clothes, a piece of flannel - that's to put under me, and the little piece is to put under my head; and my new stockings for my feet - they are folded alongside, and all my other things. And there's four ounce pennies, the heaviest I could find, a-tied up in bits of linen, for weights - two for my right eye and two for my left.' 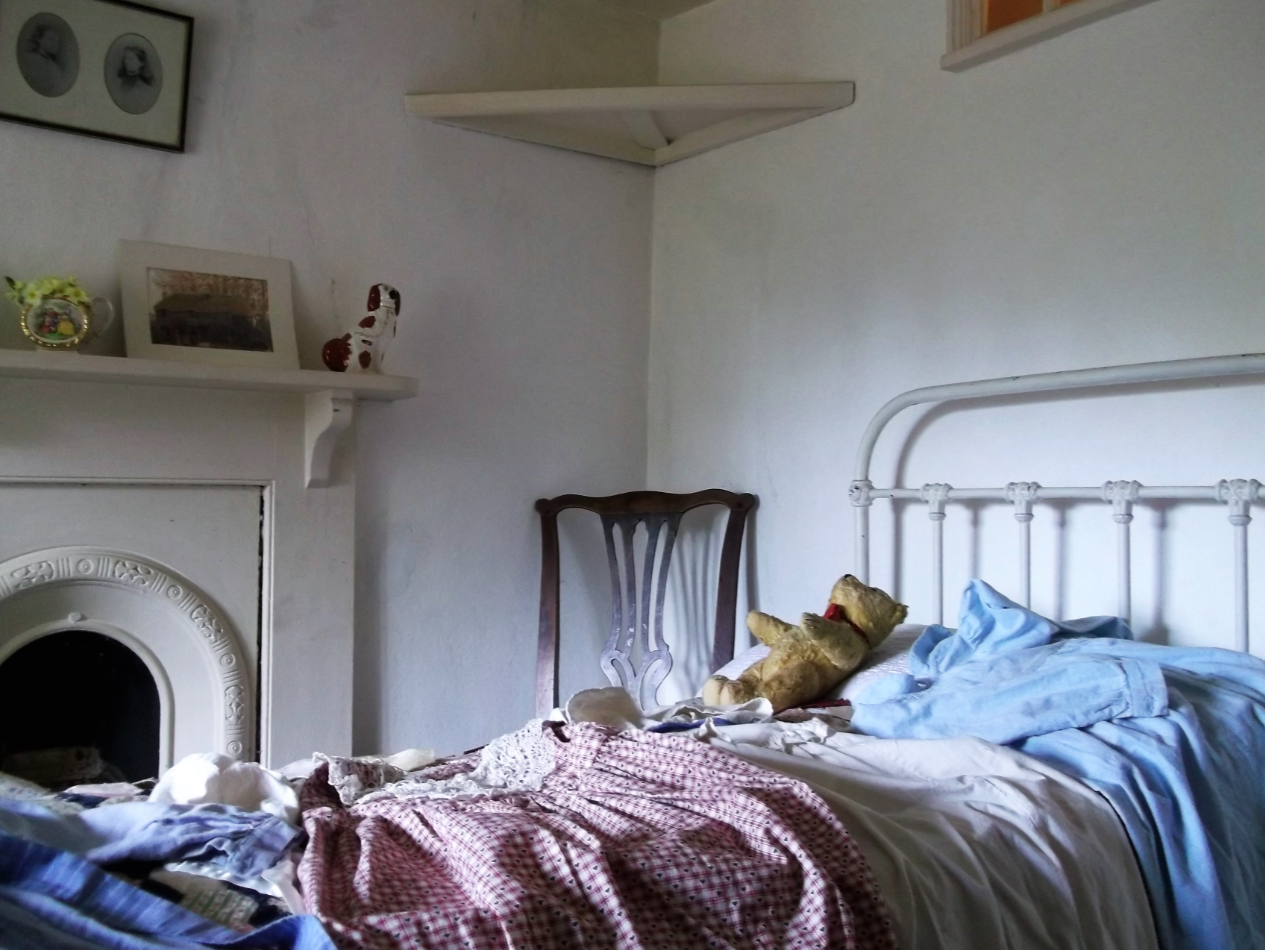 'It is rarely that the pleasures of the imagination will compensate for the pain of sleeplessness.' 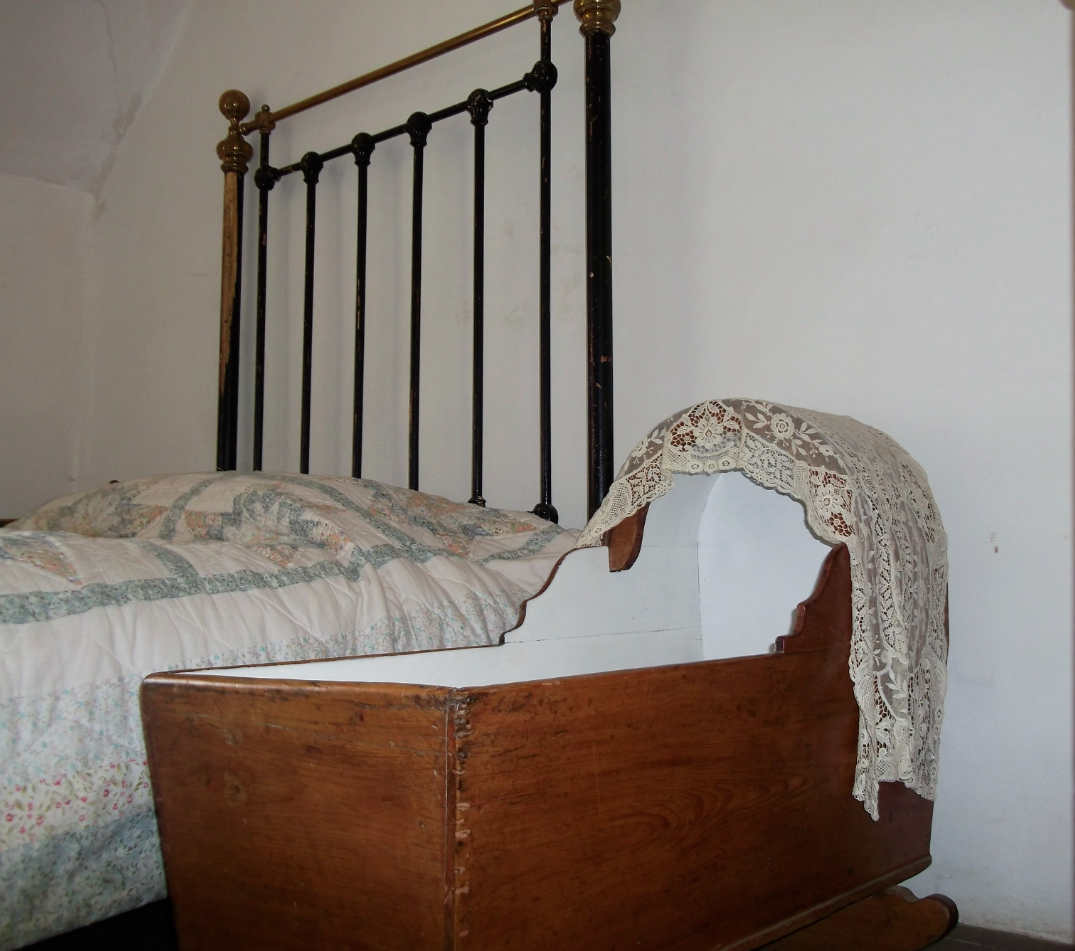 'So the baby was carried in a small deal box, under an ancient woman's shawl, to the churchyard that night, and buried by lantern-light, at the cost of a shilling and a pint of beer to the sexton, in that shabby corner of God's allotment where He lets the nettles grow, and where all unbaptized infants...are laid.' 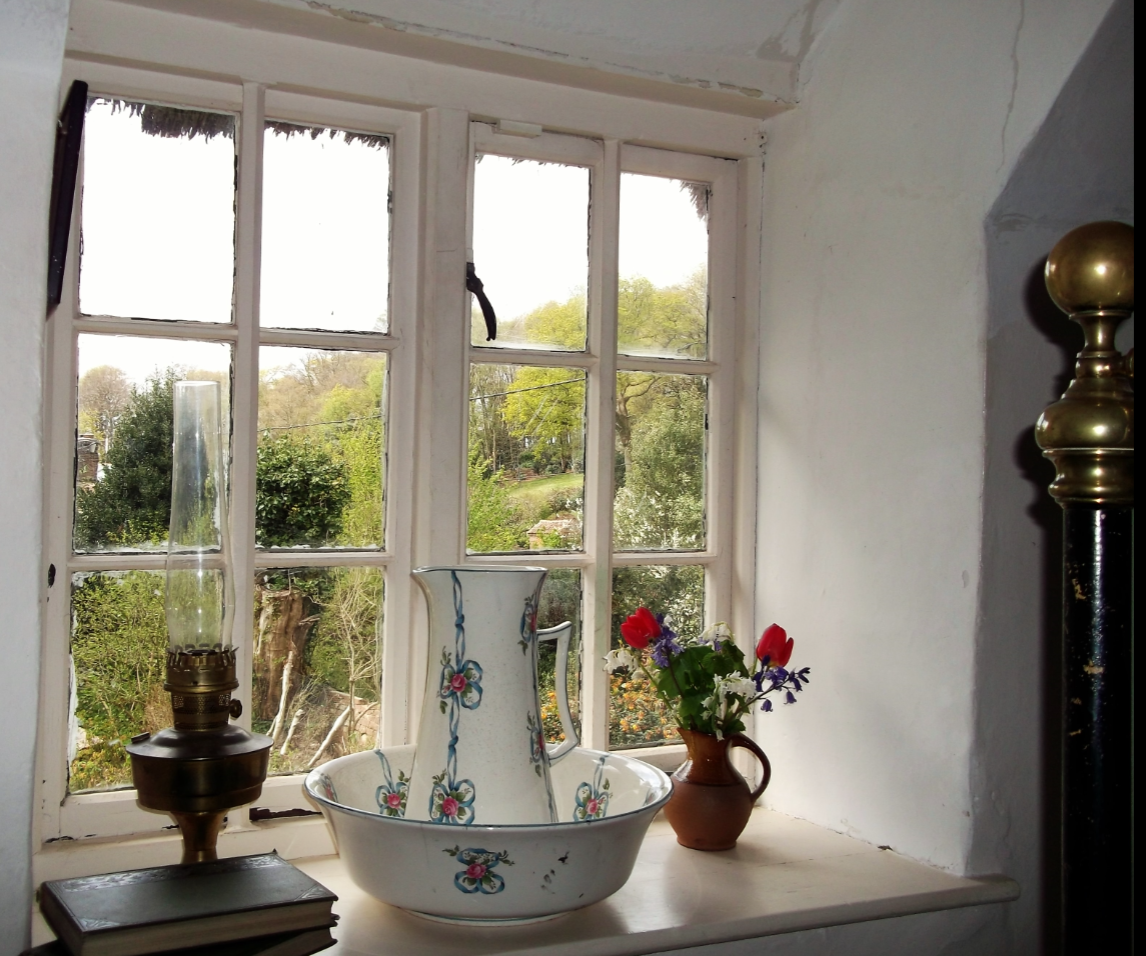 'The heath and changes of weather were quite blotted out from their eyes for the present. They were enclosed in a sort of luminous mist, which hid from them surroundings of any inharmonious colour,
and gave to all things the character of light. When it rained they were charmed, because they could remain indoors together all day with such a show of reason; when it was fine they were charmed,
because they could sit together on the hills. They were like those double stars which revolve round and round each other, and from a distance appear to be one.' 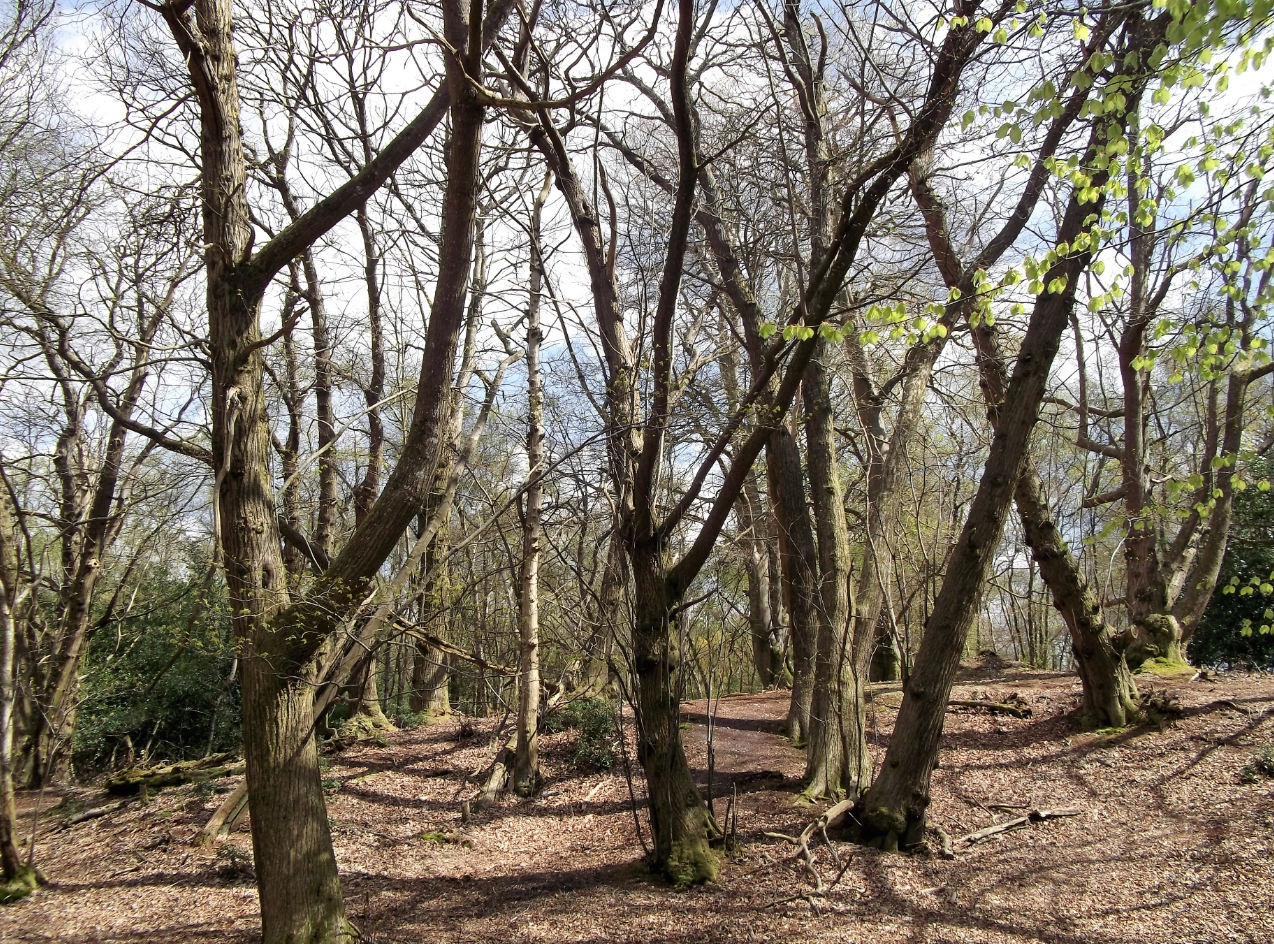 'The rural world was not ripe for him. A man should be only partially before his time—to be completely to the vanward in aspirations is fatal to fame.'

I leant upon a coppice gate
When Frost was spectre-grey,
And Winter's dregs made desolate
The weakening eye of day.
The tangled bine-stems scored the sky
Like strings of broken lyres,
And all mankind that haunted nigh
Had sought their household fires.

The land's sharp features seemed to be
The Century's corpse outleant,
His crypt the cloudy canopy,
The wind his death-lament.
The ancient pulse of germ and birth
Was shrunken hard and dry,
And every spirit upon earth
Seemed fervourless as I.

At once a voice arose among
The bleak twigs overhead
In a full-hearted evensong
Of joy illimited;
An aged thrush, frail, gaunt, and small,
In blast-beruffled plume,
Had chosen thus to fling his soul
Upon the growing gloom.

So little cause for carolings
Of such ecstatic sound
Was written on terrestrial things
Afar or nigh around,
That I could think there trembled through
His happy good-night air
Some blessed Hope, whereof he knew
And I was unaware.