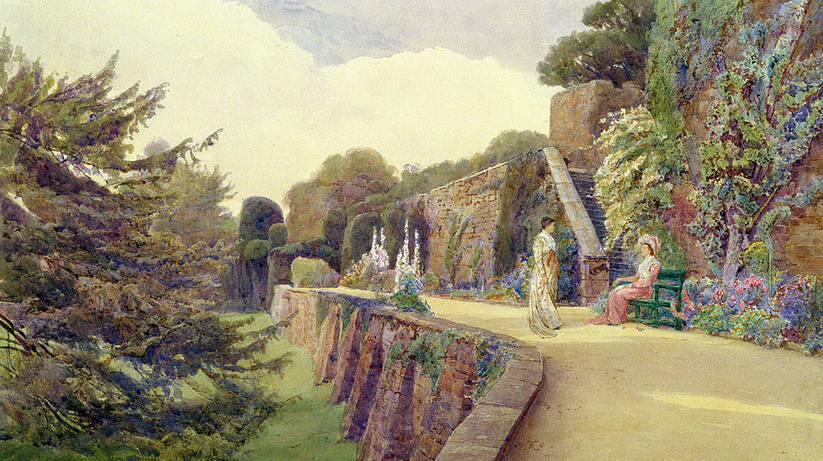 The banks of the Severn had burst and the spring tides were creeping over the watermeadows towards the foundations of Berkeley Castle. Drifts of wading birds were taking off from the marshes. Mary strolled in the Pleasure Garden beside her mother who was pushing the newborn Augustus Fitzhardinge in his baby carriage, cocooned against a bracing wind.

“Dorcas had a letter this morning from Lydia,” said Mrs Cole. “It turns out our Billy writes to her reg’lar. He don’t write to us once in a blue moon.”

“He’s long been sweet on her, Ma. I could wish that she wasn’t under Susan’s roof. It will do my campaign no good with Berkeley if Billy becomes involved with her.”

The Widow Cole surveyed a bank of kneeling daffodils, trampled by last night’s gale. “That’s a lost cause, Mary. You’d do well to square up and make the best of a ham-handed job.”

But her youngest daughter was adamant that she would never give up. “We have to live in hope. It’s the only life worth living.”

“You always was the clever one. You’ve learned fast and I can tell that in some ways you ain’t out of place. You’re winning the respeck of the servants and so forth. Berkeley was as mad as fire when you turned off old Boniface and his Mrs for disobeying orders, but he never interfered over who would fill their shoes.”

“John Croome and his bride are hard-working and loyal.”

“Tis a thankless task, though. The breedin’s taken the roses from your cheeks.”

“Youm lucky to have a strong institution, Mary. But, you see, I don’t feel I’ll ever come up to scratch no more. This old pile’s draughty and my bones do ache with the lifting and carrying an’ dozens of stairs. I get so disjointed with all the passages and want d’rections to find my way.”

Mary stopped on the sandstone path. “Ma, I had no notion you were so unhappy.”

“You’ve set up your life now, my dear. Billy’s in another country. I can’t countenance your sisters, so help me. I been thinking I might bide in Lincolnshire for a while with your Grandma and then go back to my friends in Gloucester. I’d be near your Pa’s resting place.”

“But it’s spring! We’ll soon be leaving for London. Augustus is to be baptised in St George’s. How can you desert the children?” 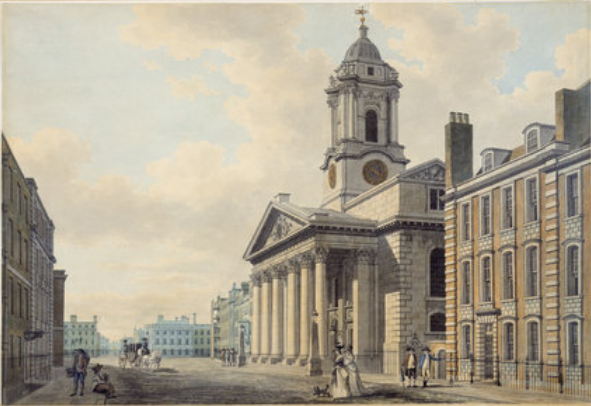 “They’ll not want to do with the likes o’ me when they’ve gained a few inches. I was never used to fine ways. They’ll need a governess, then a tutor. They’ll know the names of explorers and how to spell words in the right order and the battles their gran’folks won and lost. They’ll not want reminding that your Pa sold tripe and gutted fowls and your Ma gave suck to starvelings.”

Inwardly, Mary had to allow this would not sit well beside her own prudent siege of Berkeley. Would he even permit that the children should know that the ‘Old Nurse’, as she was called by the servants, was their grandmother? It did not enter the heads of Captain Prescott and Colonel West, house-guests for months at a time, or the Dowager, that the nursery supervisor was Miss Tudor’s Mama.

“I am tormented of conscience over poor Fitz. A great wrong has been done...to the three of them. Sometimes, I see accusation in his eyes.”

“I shall miss you, Ma,” said Mary with brimming eyes.

The wind blustered across the open spaces and funnelled around the castle walls increasing a sense of isolation and exposure. Respectable families did not visit. There were only the gentlemen who came up from the town in the evening to play cards and a couple of local ladies prepared to run the gauntlet of controversy. Or Berkeley’s friends from the country who came to stay overnight but did not bring their wives. Dr Jenner visited the children and he was the kindest of men and a steadfast friend. He could have been a pre-eminent physician or surgeon in London, commanding fees that would have made him a man of substance, but he preferred to return to Chantry Cottage where he had been born. There he could practise among those who were not so privileged. Ever since his apprentice years, he had been obsessed with a mission to conquer that most dreaded of diseases, smallpox, which, if it did not leave its victims hideously disfigured, slew them in the grip of fever. It accounted for one death in ten and had claimed the lives of five European monarchs during that century. Flitting around Jenner’s mind was a snippet of folk wisdom imparted by a Sodbury dairymaid. She had presented with symptoms very similar to the early stages of smallpox and, fearing the worst, Jenner had prescribed accordingly. “Oh,” replied she, “I cannot take that disease. I have had the cowpox.” Since then, he had not ceased to badger the subject and had become convinced that, with enough scientific research, it would be feasible to produce a vaccine. 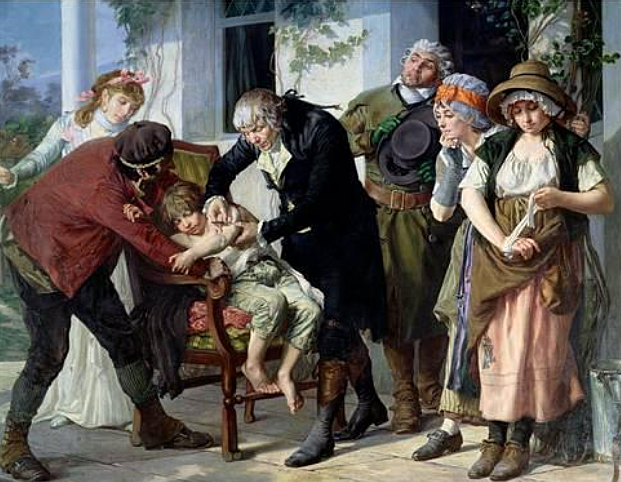 Two days afterwards, Mary drove her mother in a tilbury to Newport to board the coach which would take her to Gloucester where she would find others bound for Stamford and Bourne. The vehicle swayed, leapt into motion and swayed again, its form shrinking as it gained speed along the turnpike. 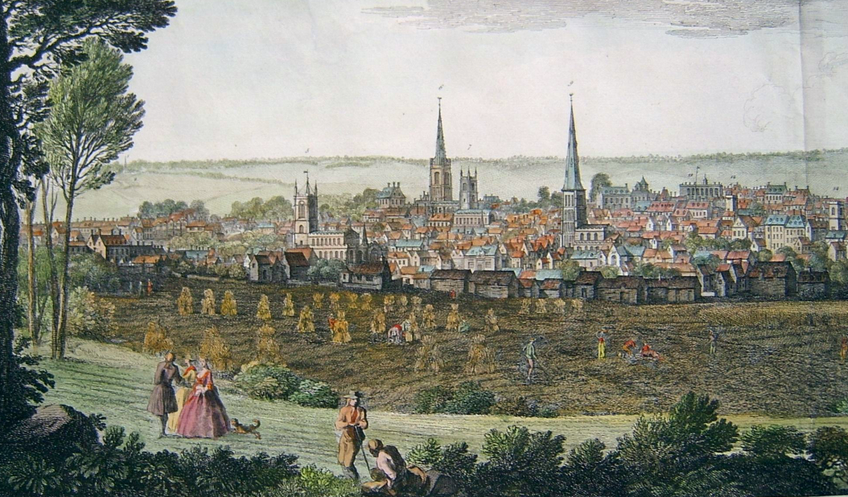 Mary bit back the tears and snapped the reins. How could she guess that she would not see her mother for another twenty-two years? And when she did, it would be within the walls of the nation’s Parliament, the great House of Lords. 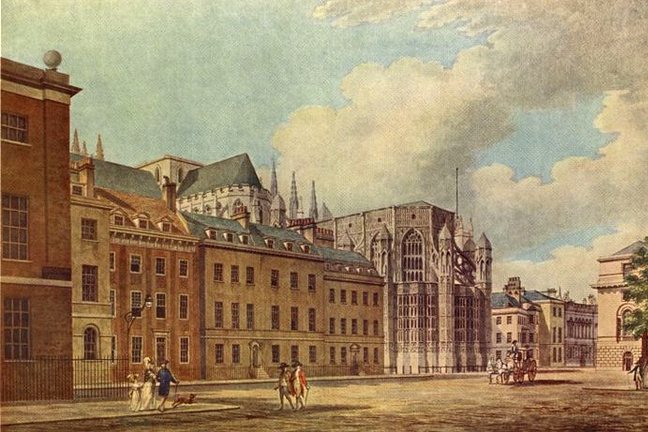