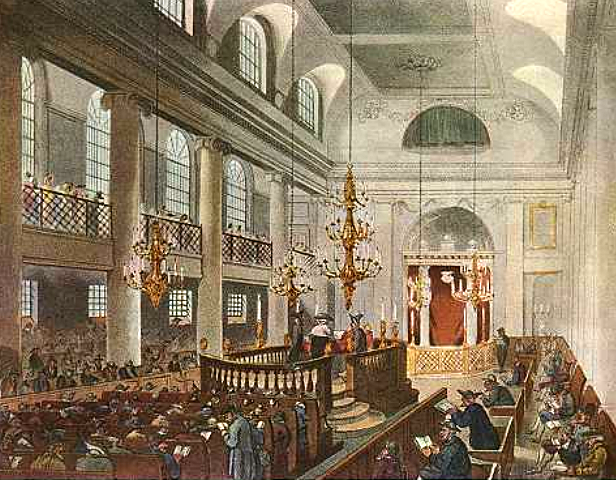 Augustus Thomas Hupsman was a troubled man. To begin with, he had never quite dovetailed into English society. He was born of devout and self-respecting Ashkenazim from the Low Countries and the Rhineland. They themselves had been brought up in London when their parents migrated to Britain at the time Queen Anne died and the Jacobites were causing a stir.

Augustus’ far-off antecedents had been vineyard keepers, diamond cutters and silversmiths, but had prospered in more recent generations to become managers of palatial estates, merchants, hated tax-collectors and moneylenders. His grandfather had made his mark as a land agent to a Hanoverian Princeling who had transferred to England with the Court of George I. Likewise, his father, Anthony, who had inherited the same office and privileges.

Augustus had no mind for the counting-house. He could not handle money without it melted like ice in his grasp. He was not a negotiator and was blessed with no particular vision. At an early age, he had drawn from life a conviction that the art of ingratiating oneself with one’s betters was the first rule of advancement. His maternal grandfather had been a fervid scholar, an interpreter of the Scriptures. Daniel Jacob lived perpetually on the brink of poverty and had been thankful when his plain though lively daughter, Esther, had snagged the attention of Anthony Hupsman at a music soirée at which, as an accomplished spinetist, she had been invited to perform.

“The legal mind, the talent for harmony, my dear, these are the supreme gifts of Jewry. Hupsman, that is a fine name. It is a corruption of Hauptmann, meaning Captain or Leader. We shall see what we shall see.”

“Papa, do desist from your match-making. I have known Mr Hupsman these seven days, no more!”

“Though her dowry be modest, my daughter herself is fairer than rubies. The right man will judge wisely.” 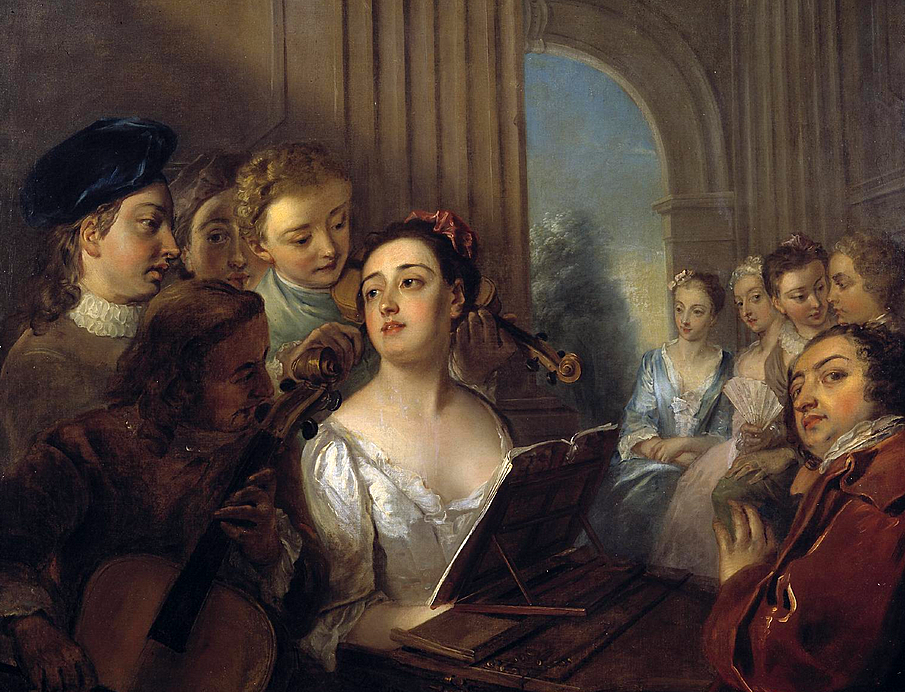 The Hupsmans were not forgetful of their genesis, but by now, the ethos and traditions of the English aristocracy had overlaid it. It was not without a pang of sadness that Daniel, watching the fates of the two young people intertwine, saw that Jewish lore and customs did not take first place in the courtier’s life. But it would be a splendid match! No Aldgate Synagogue for them. When Anthony Hupsman and Susanna Esther Jacob were married, it was in St James, Westminster, according to the rites of the Anglican Church, followed by all the trappings of a Hebrew celebration. The date was February the twenty-third, 1743, the year George II (the last British monarch to command his troops) defeated the French at the Battle of Dettingen and prompted the exiled Charles Edward Stuart to attempt the English Throne. By the time the Jacobite cause had bloodily expired at Culloden, the couple had produced a healthy son, Augustus, whom they hoped foretokened a large family.

There was no telltale sign of what the future had in store. Within a year, Hupsman, the father, fell victim to a palsy which threatened mobility and left him with the co-ordination of a stringless marionette. His mind was as nimble as ever and refused to grasp the insubordination of his limbs. He was quick to anger, slow to meet the responsibilities of paterfamilias. There were remissions, and he rejoiced in them, but they served to sharpen awareness of what he was losing. It would mean retirement from his post. The Privy Purse might dole out a meagre pension, but it would not be enough to maintain their standard of living and educate Augustus. They might be obliged to vacate their grace-and-favour residence. Hupsman senior looked for no man’s charity.

It was then that one of Princess Augusta’s ladies-in-waiting who had once served alongside Elizabeth Drax, now the Countess of Berkeley, informed them that her ladyship was seeking a governess. The opening was a godsend. There would be a cottage at Cranford and rooms at Berkeley Castle with all their wants catered for. The Countess was fulsome with her generosity and glad to come to the aid of such deserving subjects. 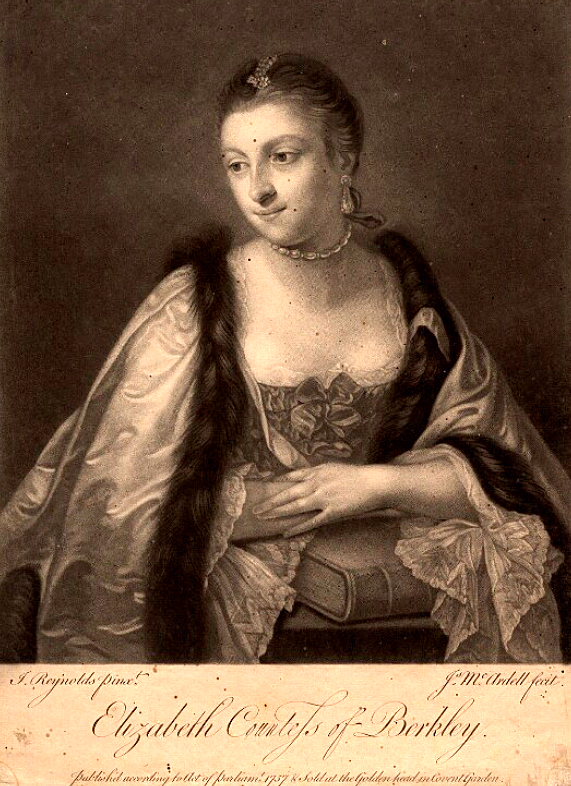 Hupsman, the son, grew up contemporaneously with the Berkeley children, sharing many of their adventures, knowing his place, but enjoying ample freedom. He ambled half-heartedly through his education and scraped by with the lowliest laurels, albeit at Brasenose College, Oxford. He had no interest in his Hebrew roots and considered himself best suited to the sedentary life of a country vicar where demands upon his intellect and his social acumen would be few. His link with the Berkeley family made it a foregone conclusion that he would seek an incumbency with them as soon as one became vacant.

Lord Berkeley’s injunction to destroy the ‘marriage’ record had been made upon a presumption, not only of rank, but of many years of bonded familiarity. Hupsman’s conscience had been uneasy about it. In the eyes of God, Lord Berkeley and Mary were married! Moreover, Lord Hardwicke’s marriage bill in the fifties ordered a strict account of births, marriages and deaths. The punishment for tampering with them was death. 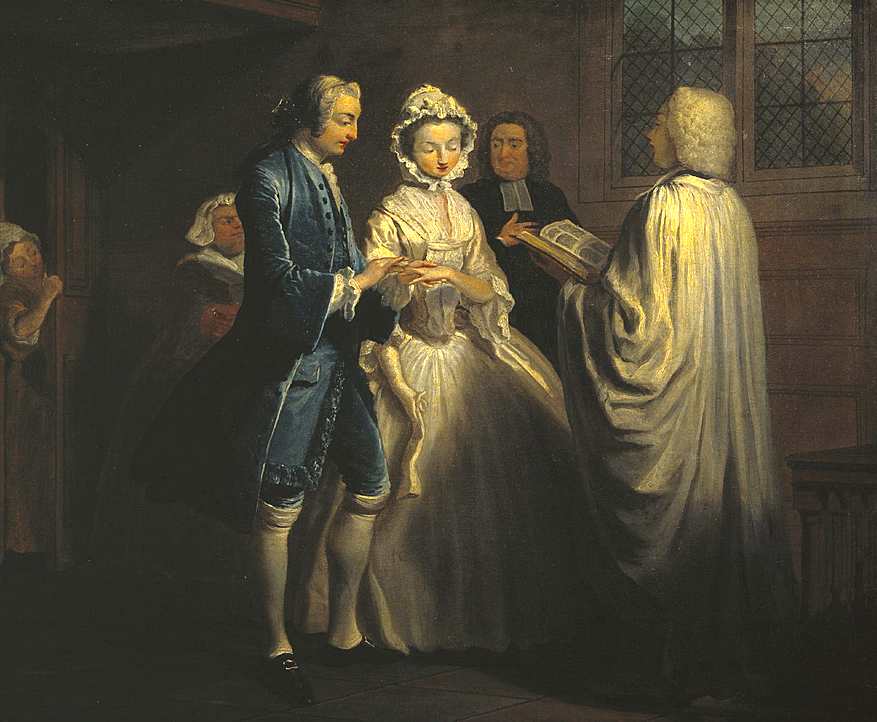 As if this were not enough, there were some matters of a fiduciary nature which were worrying him. Hupsman’s  daughter, Lizzie, barely out of the schoolroom, had married in 1786, one, Thomas Hickes, a lawyer with a moderate competence. He was of a prolific local family descended from a renowned silk merchant and benefactor of the city of London during the reign of Henry VIII. (Lady Craven, the Earl’s sister, who had been educated at Esther Hupsman’s knee, had a mother-in-law who was a Hickes.) Lizzie had no pretensions to beauty and was not particularly bright, though she was keen to do ‘the right thing’. It had behoved Hupsman to scrape together a befitting dowry which had crippled the household finances. Then there had been his mother’s lengthy tallies with the apothecary.

Esther Hupsman’s death, only two months after Lizzie’s wedding, had brought yet another issue to a head: what he should do about Mrs Wilmot. Fanny Wilmot, the estranged wife of a notable MP and Master in Chancery, had become his widowed mother’s constant companion during her frailer years. They had been introduced at Benham Park, Lord Craven’s seat near Newbury, and had quickly formed an attachment. Mrs Wilmot was dependent on the charity of a disaffected husband. For John Wilmot to divorce his wife, an Act of Parliament was required which would arouse opprobrium.

When Esther Hupsman died, she left the lease of her last abode in Salt Hill, Windsor, to the devoted friend and nurse she had sheltered for nearly three years. She had become awakened to the inequitable deal between the sexes and told Augustus that she wished to see Fanny ‘looked after’.

Hupsman needed no encouragement to take care of Mrs Wilmot. He had silently admired her and recognised that his dutiful visits to Salt Hill owed much to her being there. The lady would not have noticed him had she not been penniless and he his mother’s son. He knew himself to be unprepossessing. His false eye bulged with an imperturbable blankness and made the socket ache. These things notwithstanding, certain sympathies between himself and Mrs Wilmot were aroused, causing a secret and delicious tension which he unctuously recalled upon his return to the Old Vicarage at Berkeley. His wife did not take him seriously, never had. During the courtship and honeymoon period, he had been fond of her, but was disappointed that throwing in their lot together had not engendered the kind of ardent devotion he longed to give and receive. Miss Lambe, a cleric’s daughter from Newton Bromswold in Northamptonshire and a frequent guest at Coombe Abbey, one of the Craven estates, was esteemed a suitable bride, but had turned out to  have none of the meekness and mildness her maiden name suggested. 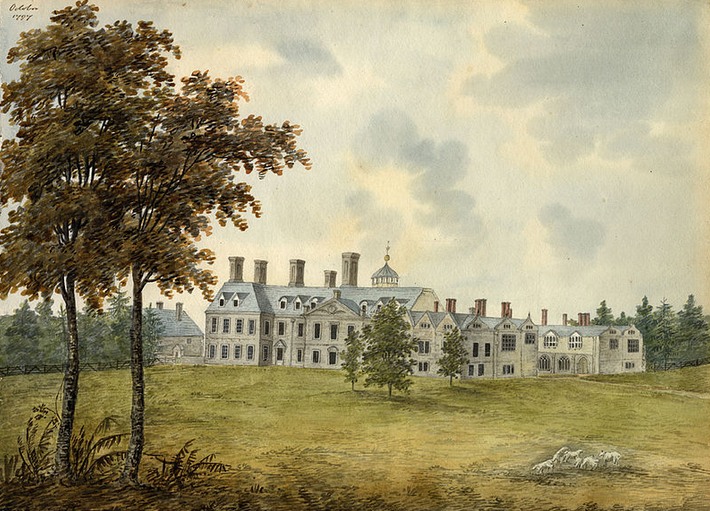 Hupsman thought that Lizzie’s premature desire to marry and leave home was fuelled by her mother’s acid mockery.

Fanny Wilmot was quite the opposite. A patient listener, with a melodic voice, he wondered how she had clung to her good nature when life had ill-used her. He saw her as defenceless, a casualty of circumstance. He would have liked to pass his days in the embrace of her companionship, here in his mother’s house in Salt Hill. It was a daydream made more vibrant by the dullness of his circumscribed life in Berkeley where promissory notes were scattered about the parish like wedding petals and he was expected to be a paragon of rectitude.