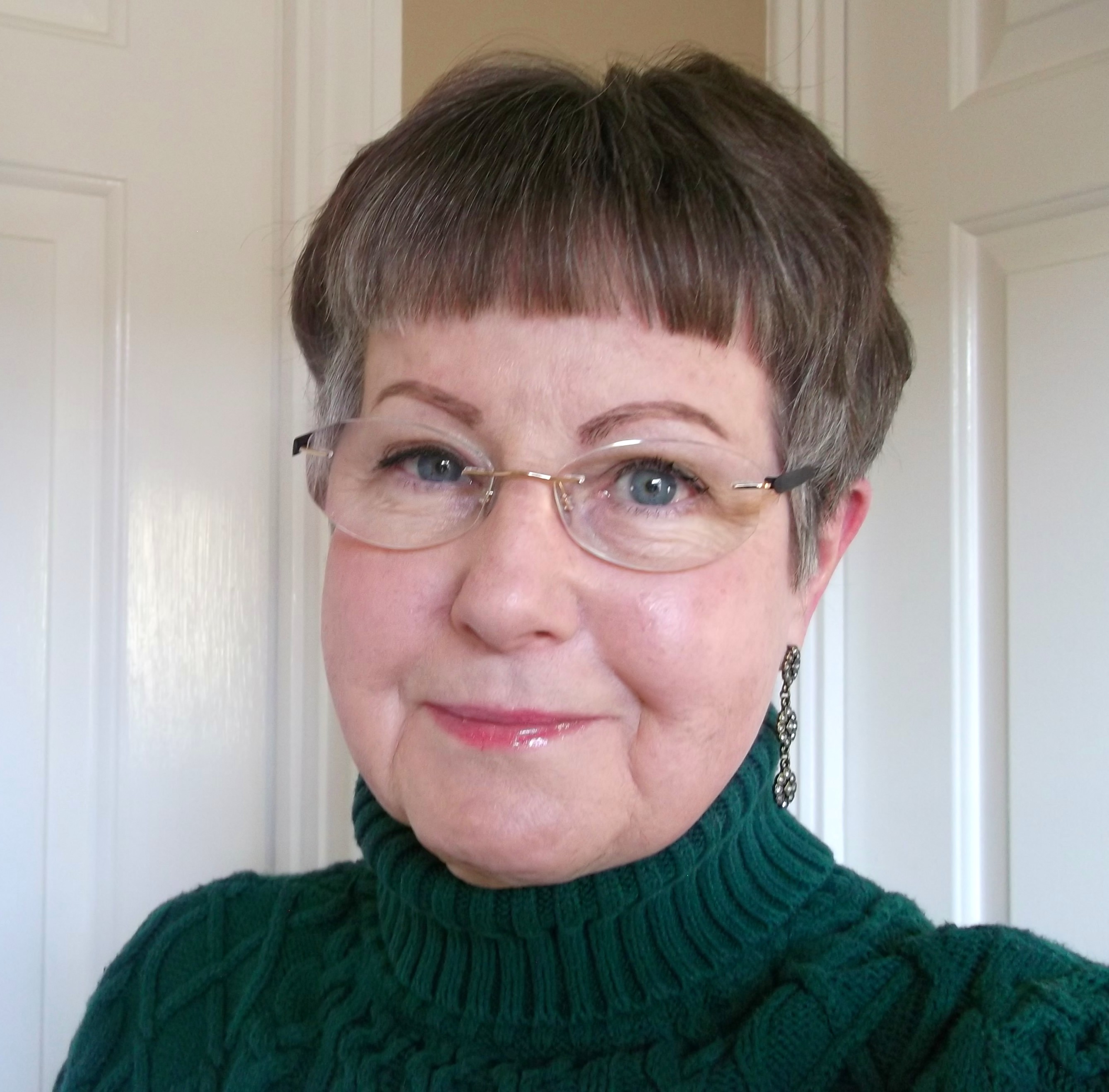 Rosy Cole was born and educated in the Shires of England. Her writing career started in her teens. Four apprentice works led to publication of two novels in the 1980s. Life intervened, but she returned to authorship in 2004. She has worked as a Press Officer and Publisher's Reader and is a member of Green Room (gr8word.com).

Among widespread interests, she lists history, opera, musicals, jazz, the arts, drawing and painting, gemmology, homoeopathy and alternative therapies. Theology also is an abiding interest. As a singer, she's performed alongside many renowned musicians and has run a music agency which specialised in themed 'words-and-music' programmes, bringing her two greatest passions together.

Rosy's first book of poetry, THE TWAIN, Poems of Earth and Ether, was published in April 2012, National Poetry Month, and two other collections are in preparation. As well as the First and Second Books in the Berkeley Series, she has written several other historical titles and one of literary fiction. Another novel of twentieth century Britain is at the first draft stage. She is currently working on the Third Book in the Berkeley Series. All her books are now published under the New Eve Publishing imprint.

Rosy lives in West Sussex with her son, Chris, and her rescued Lab cross, Poppy, who keeps a firm paw on the work-and-walkies schedule! 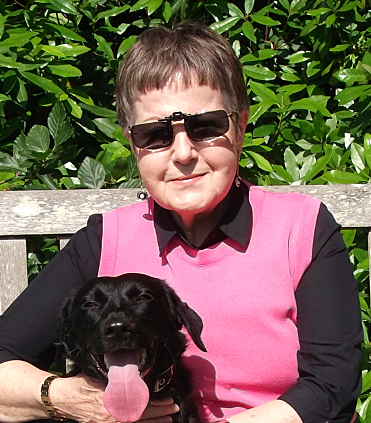 English was my strong suit at school and from the age of ten I sensed I was destined to write books. It was as natural as breathing. The only real yardstick of achievement was getting into print.

Creative writing began at the age of twelve when I was struck down with rheumatic fever and consigned to bed for a whole term. No dancing! No tennis or horse-riding! The landscape of the counterpane and the note-copying marathons from missed lessons rapidly became tedious and it was exciting to be introduced to the world of paperback historical romances which were brought in satchelfuls by kind friends. Enthralled, I decided to try my hand at ‘grown-up’ stories. Miss Brown, our English teacher, was more impressed by these efforts than by my grasp of parsing and syntax and proper use of the subjunctive (who knows what they are nowadays?!) and thereafter goaded me to keep at it. I can see her now, pacing the form room in flushed exasperation at my slender output, warning me that the lord was indeed severe with the servant who buried his talent. Once I was back in the saddle, there seemed no opportunity to pursue the muse until my early twenties when I worked flexible hours in banking. Smitten with guilt at my sloth, I kept promising myself that I’d start next week. 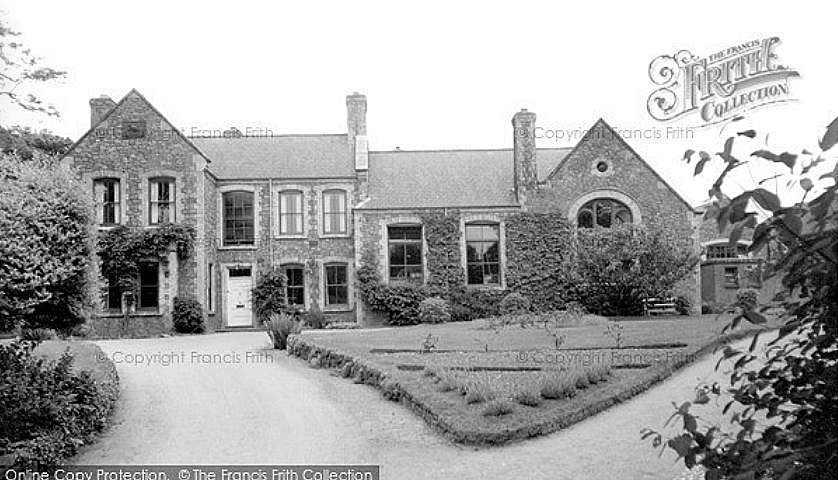 I was educated at Thomas Rawlins School, Quorn, in the heart of the Charnwood Forest and, historically, Leicestershire hunting country, in the wake of such alumni as the poet, Robert Herrick, whose family occupied Beaumanor Hall a mile or two away. In my day, it was a girls' grammar school. What a privilege it was to have a thoroughly classical State education, a great  foundation for a writer. From there, I went to Upton's College, Leicester, where the course was a hybrid of secretarial school, the LSE and Lucy Clayton’s. Yes, such things as charm and deportment and sitting with your legs elegantly slanting were key to advancement! Ladettes were unheard of! The College was used as a trawling ground by industry and the professions so that many students were recruited to well-paid posts direct. Our goal was probably to become a high profile legal PA, someone like ‘Coop’ in Judge John Deed.

At twenty-one, the writing began in earnest. Three of my early novels were described by a publisher as ‘borderline’ so that all of them were teetering on the edge of acceptance before I’d learned the surgical skills of fine editorial which needed to be mastered from solar plexus to epidermis before presentation. Realising an apprenticeship had to be served, I sent the manuscripts to only two or three publishers where the response was the same and interest in future work logged. The first four books never saw the light of day and only one has been saved for recycling by some future generation. I didn’t know what a rejection slip looked like until long after becoming a published writer!! In those days, publishers wrote considerate and enthusiastic letters and were respectful of any whose potential might keep them in pipe tobacco and Club subscriptions.

As well as writing, I read voraciously from the sumptuous canon of English literature, and from the French, German and Scandinavian in translation, while the history bug thrived on National Trust and special interest study breaks and further education courses.

It was, on the face of it, a mistake to abandon authorship into my seventh and eighth books, especially when a top agent had expressed a keen interest in representing my work, but in Jane Austen’s terminology, I felt I’d ‘overwritten' myself, the thing she feared most. I was in my mid-thirties and had mined all resources too early. Polestars of the literary firmament have often observed that it is unwise to attempt novel-writing before thirty. Experience of life, which is the stuff of fiction, must be digested before it can sustain the process of invention. Also, at that time, it became desirable to acquire a steadier income and for a while I ran a gallery while continuing to write articles and advertising copy for the regional press.

During this period, an interest in singing, dormant since schooldays, was revived by some vocal training. I gained many friends and contacts and a wide music repertoire in opera groups and choirs of hundreds down to choirs of twelve from this life-enriching occupation, pursued in the company of some of the great names of the music world. The apotheosis of this ‘career’ must, of course, be a meeting with His Holiness, the late Pope John Paul II inside the Vatican as a member of a BBC choir. My other claim to fame was that Owain Arwel Hughes once tapped me on the arm on a staircase at Birmingham Symphony Hall and said ‘Well done!’ (to the chagrin of certain female colleagues who have not spoken to me since :-) ) something I’ve dined out on now and then!

Later, I started Intermezzo, a Midlands music agency dedicated to performing at weddings and special occasions, and was part of a quintet of the same name which was booked for themed entertainments.

It was a totally unforeseen set of circumstances which brought all this to an abrupt end and saw migration to the South Coast in the late nineties. Then, following a traumatic set of circumstances some years ago, I found myself lingering over the computer keyboard again. It was my anchor and I felt I had ‘come home’. The late Jean Plaidy used to say that whenever something unpleasant happened, she could escape into her work and recharge.

Authorship is a demanding and, of necessity, solitary occupation. Its rewards are long term. There is a spellbinding journey to be made. In the everyday sense, I’d rather be singing, but I’m gradually learning to be pitch-perfect with the written word! It's only taken half a century!!