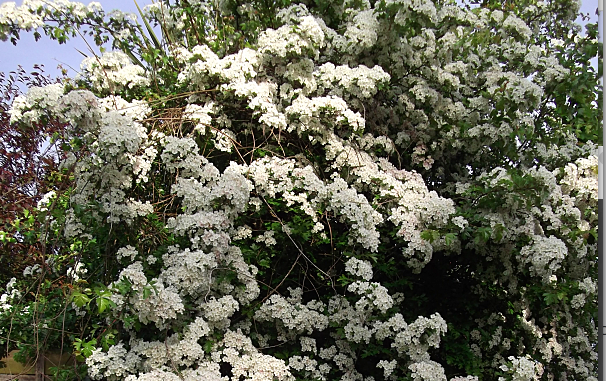 This is the moment she lets down her hair, newly washed at the Belfast sink, and offers it to a beneficent sun. The coiled braids, set free, ripple in a fanciful breeze and glisten with silver.

She is standing on a grassy incline, next to the hawthorn hedge, where no one will see her in this state of disarray. No one except the small girl who is bemused by the transfiguration. An elfin shadow falls aslant behind her.

For Florence, it echoes of another little presence, far away and gone. She knows about grief. After going into service, she gave birth to a son fathered by her master. The child was torn from her life, as though he had never lived and the long conspiracy of silence only stresses her the more. He would be a grown man by now, perhaps with a wife and family of his own. Sometimes, Florence is sure of it: her psyche is populated with shadows that live and move and have their being within the wings of everyday reality.

Young men did not come courting after that, but how could they when they lay lifeless in some corner of a foreign field? She bears her shame with meek fortitude, holding her head high among those who do not see her. 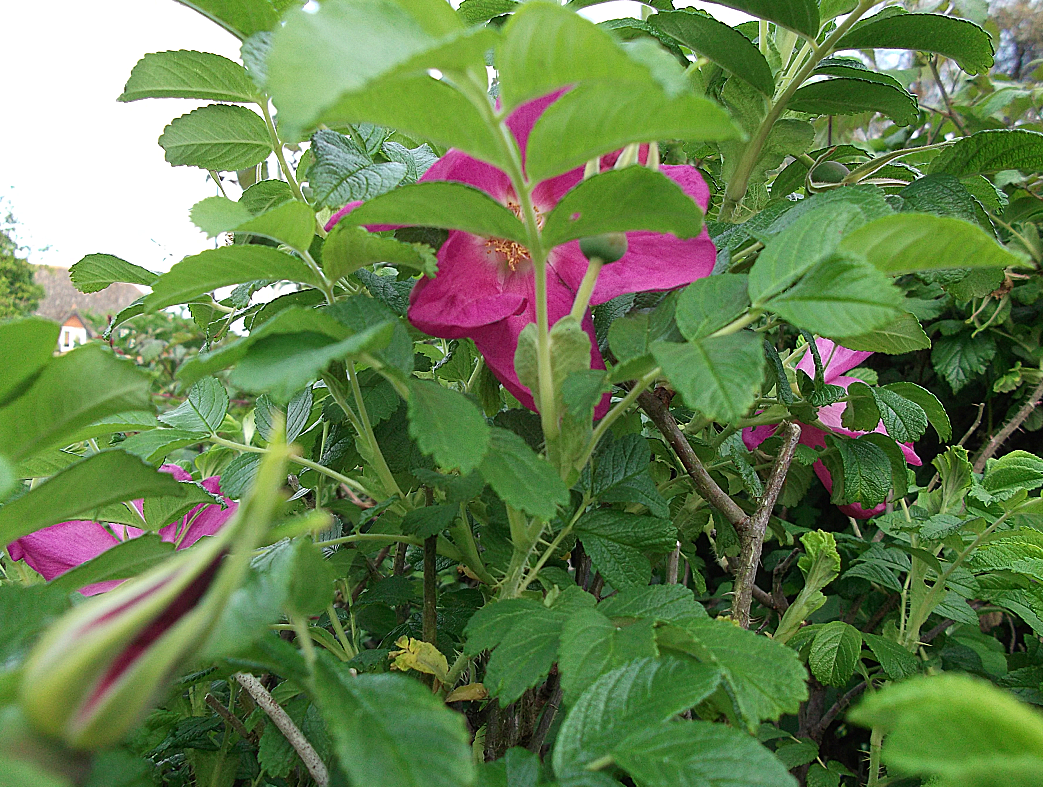 “Least said, soonest mended,” is what she tells her sister, Bella, who bicycles over the hills in her hat and coat on visits. Bella is inclined to pretend Daisy isn’t there. The sisters whisper overhead, while Bella glances down her nose and chides Florence for being put upon.

Daisy catches a phrase or two, though she is more interested in the magpie browsing the pear tree. “Lonely child, lonely woman,” says Bella.

“She mixes well enough. I don’t mind,” Florence tells her. And adds, cryptically, “It’s an ill wind that blows nobody any good.”

Florence keeps house for her engineer brother, a saturnine fellow who likes a lot of mustard on his food and finds children tiresome.

'Your wife, your dog, and your walnut tree, the more you beat them, the better they be,' he jokes.

"Give over," Florence scolds.

It is whispered that he has taken up with a woman two villages away and plans to marry. Daisy is fascinated when Florence gets on her knees with Lol’s boiler suit spread over a wavy brick floor, lathering the tough denim with Sunlight soap and scraping the slurry off with a blunt knife before it goes into the copper to be boiled in suds created with soap and a cheese-grater. Men have fought for their country in trench, jungle and desert. They are the breadwinners, the prime holders of mortgage agreements, the payers of rent. Way must be made for them and their interests served. 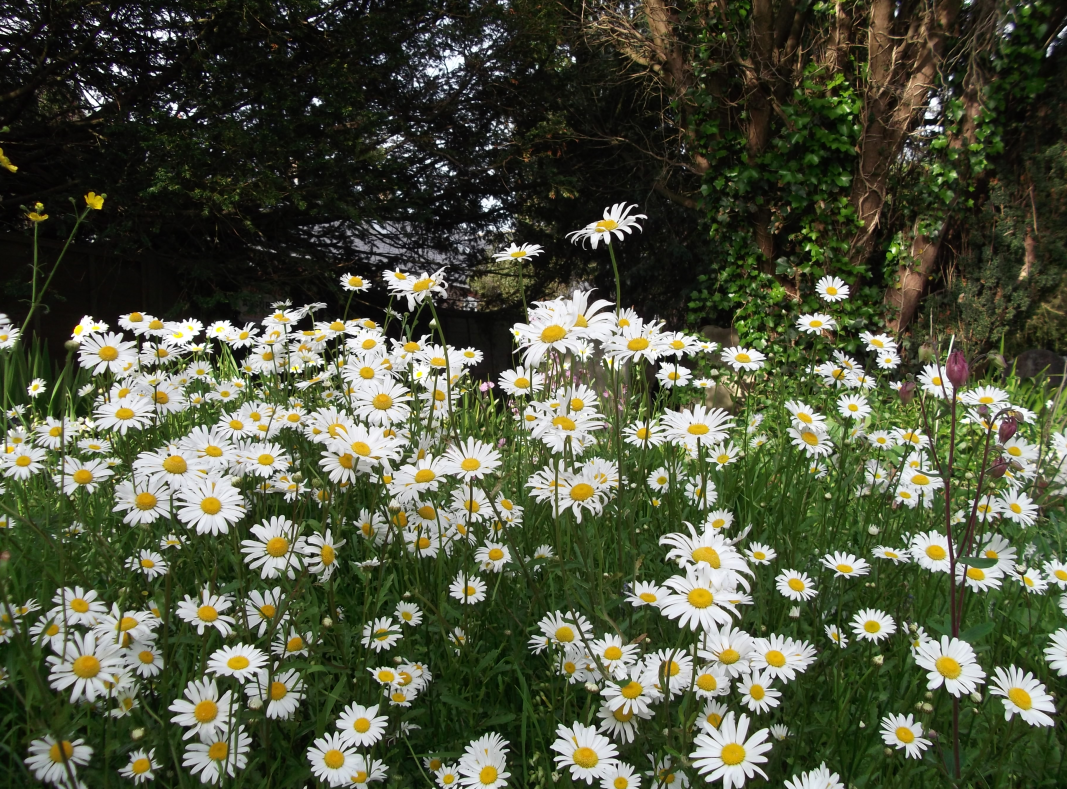 She is a country woman to the core and delights in her garden, the digging and planting and picking, the rogation days and harvest home. The child capers back and forth with a toy watering-can imprinted with mermaids, dipping it into the rainwater butt and dragging it to the thirsty plants. Daisy loves her floral ‘choir’ that stands tall at the edge of the potato crop. The ink-blue of delphinium spires, the chuckling sunflowers, the hollyhocks and ox-eye daisies, the canterbury bells, and snapdragons whose jaws are gently prized by furry bees prospecting for gold. Her favourites of all are the marigolds. Her wheaten locks, parted and tied in bunches, bob up and down behind her ear lobes as she darts to and fro.

Startled, her little forefinger guards her mouth and she is motionless, sure that she can hear singing from some far distance place.

Florence is seized by a moment of undiluted joy.

“See the piggies?” suggests Daisy, off on another tack.

“I’m all behind like the cow’s tail today,” says Florence. “There’s Lol’s shirts to iron and...”

Daisy is crestfallen, because Lol’s shirts are definitely not top of her agenda.

“Well, you’d best go and put your bonnet on, then, while I take my pinny off and make myself fit.”

Daisy squeals with delight and does her happy dance.

In the afternoon, they call at Farmer Knight’s where Daisy clambers on to the pigpen gate for a lofty view of a litter of inquisitive snouts. Fortified by flapjacks and squash, the pair stroll home through field, wood and churchyard, sucking barley sugars, the luminous air filled with the hum of summer, while silken butterflies alight on flowers and dragonflies hint rainbows. 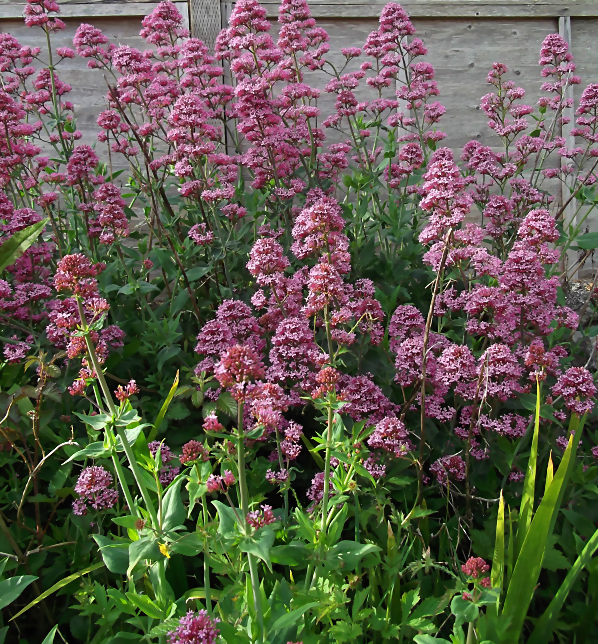 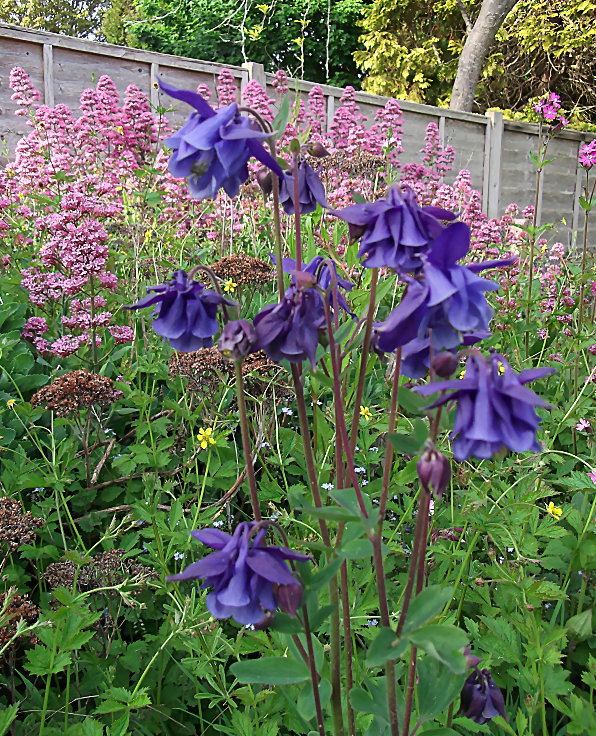 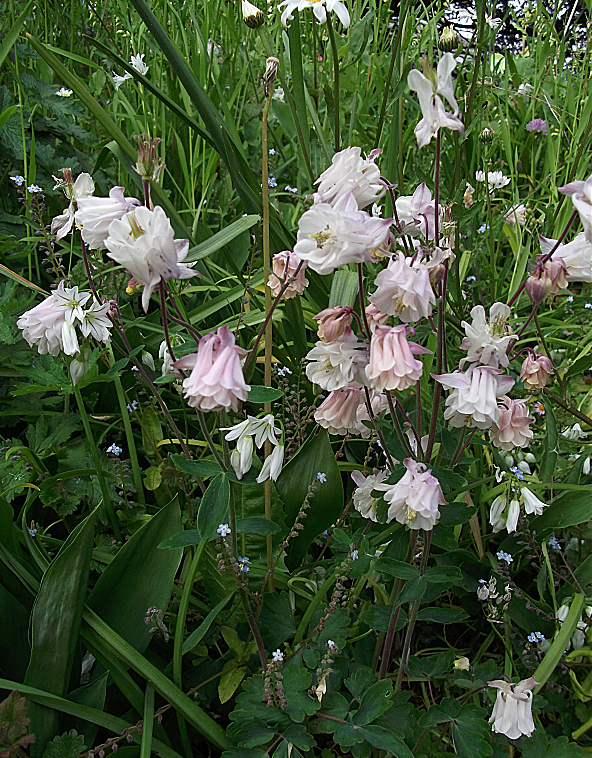 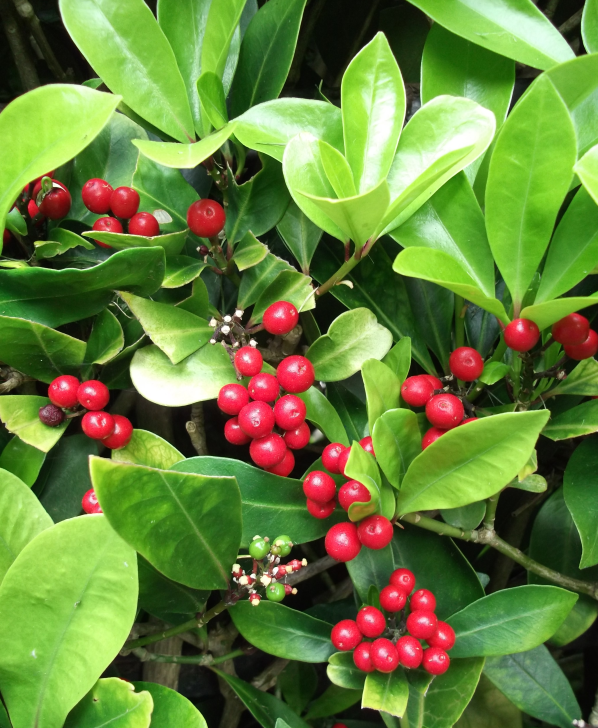 It is a beloved ritual through the seasons, the naming of flowers. Snowdrops, aconites, anemones, Star of Bethlehem and wood sorrel. Violets, bluebells, lady’s smocks and dog roses. Speedwell, ragged robins and Queen Anne’s lace. Cornflowers, campion and tansy. Autumn crocus, Jack-in-the-Pulpit… Daisy can reel off this litany to her heart’s content.

A mosaic of tiny yellow petals, tinted with crimson, half-hidden in the grass, catches her eye. Delightedly, she pounces on it, losing hold of Florence’s hand. “Egg and bacon!”

“That’s right,” says Florence. “But you couldn’t eat that for your tea, now could you?”

She thinks of the apple cake resting on the pantry shelf and a gratifying brew of pekoe tips to round off the adventure with her small charge.

But Daisy has no time for sighs. She is telling the time with a dandelion clock. The flossy seeds float upwards and away, to take root in some other pasture.

Florence will hug this day of mystical balm to herself for ever. And she will never know the treasure she has bequeathed.

The lady is aptly named. 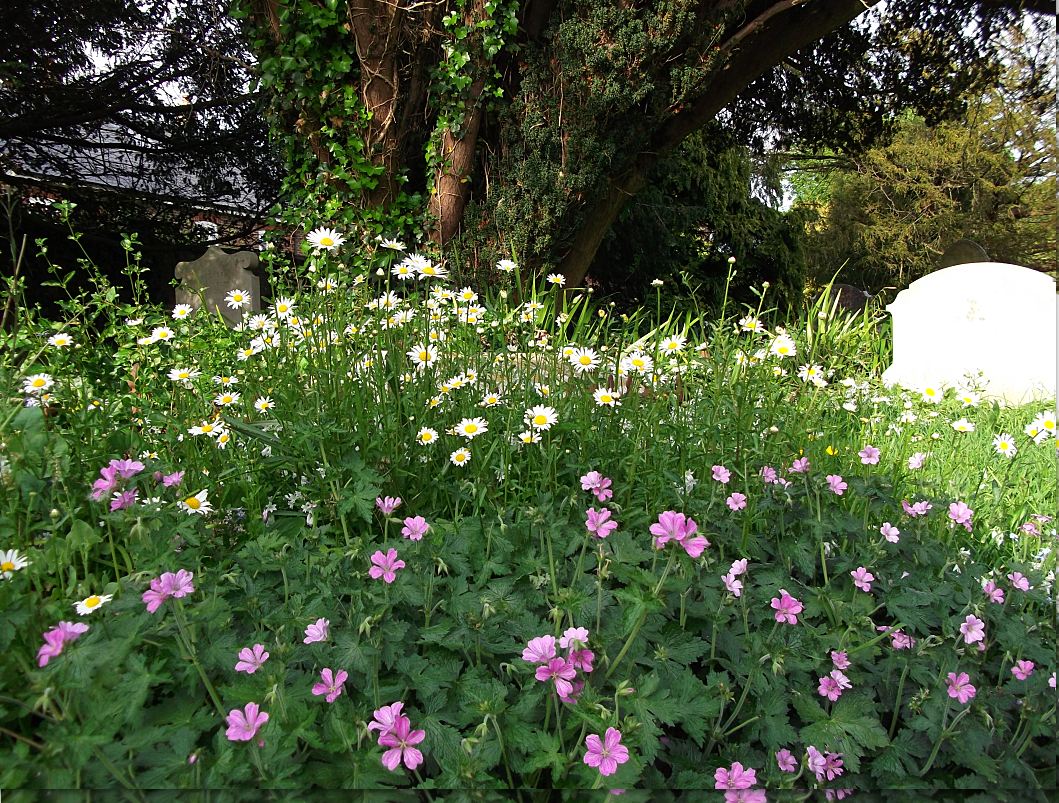 These images reveal the glorious exuberance of nature in a churchyard during lockdown.