After The Darkest Hour Before Dawn, a vision of hope for humanity... 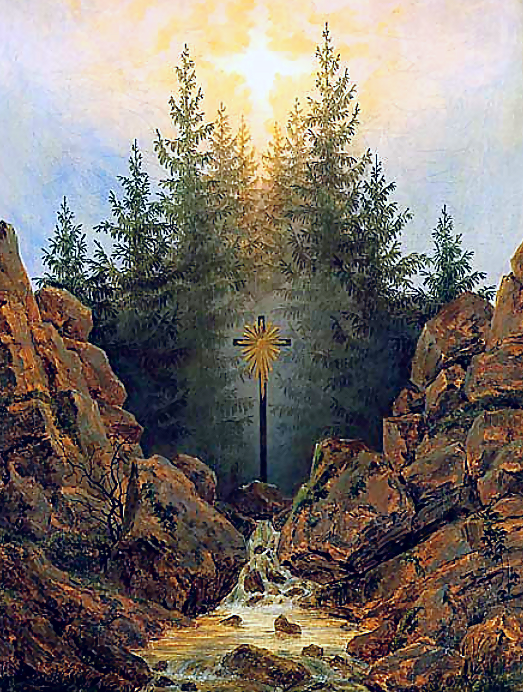 I hadn’t realised until my head touched the pillow that I was spent. My pulse hammered in my very teeth so that they banged together. But sooner than usual, the disjointed pain in my chest faded. Something gave, like a sluice-gate bursting open, and the blood gushed freely through my veins.

My mind floated. I began to focus on a vivid subliminal landscape suspended in perfect consciousness between sleep and wakefulness, a hypnagogic sphere which did not enlist emotion or response or cause loss of that state we call ‘reality’. It was like a film, with its own immanent life-force, and entirely unlike the duller picture conjured up at will in the mind’s eye.

A chasm emerged, two crude promontories cloven to the foundations, parting little by little to reveal white mists curling out of a deep blue infinity. But in the space, a great shadow appeared in the shape of a Cross, embedding its spars into the rock as if to weld them together, as if to make a bridge. The shadow was emblazoned with light like a sun-in-splendour, inenarrable light of glassy gold. And in the Cross, at this the Crux of the Paradox, the farthest extremes were eternally met so that nothing but nothing should ultimately be given over to chaos. In this vicarious Death on behalf of mankind, the tide of consequences was stemmed and the price of Life paid, so that human beings might look forward to the future and profit from their handiwork.

A pall of cloud began to steal the vision and hide the outlines of the chasm. This is the only way I can describe the spirit and sense of it:

After the holocaust, smouldering odours lingered over the irradiated Earth. The ground was covered with dry thistle. Flock and cattle had died in the fields, their flesh putrefying in the heat of the day and their bones bleached to chalk. Trees withered, their foliage hanging in strings. They groped out of the soil like charred hands. Birds had plummeted from the sky in vast numbers, but the blasphemous odour of scorched feathers did not revive the senses of humanity.

People pondered on the illusions they had once held dear. They were starved of rest, scratching the soil for a handful of grain that slipped through their fingers in a moment’s distraction. The fabric of dwellings crumbled away as dust. Fountains had ceased, rivers and lakes had evaporated. The sun was a furnace and people cried out for refuge, for a slaking shade and the water of Life. Their flesh had desiccated and the ravages of a lifetime were wrought in days and a lifespan’s wisdom found no application. Much was expended for a diminishing return, for such were the laws of inflation and such was the structure they had committed themselves to. The light was brighter than a desert noon, searing the ball of the eye. In the crook of their elbow men buried their heads and elected to keep the darkness of their souls.

And this was the day they had craved, when all clouds should be gone from the sky.

There were many works of devastation, a breaking down as revolutionaries have long sought with counterfeit coin. But when scourges multiplied, when stars shot out of their courses and the seasons fell out of turn and the rains were subdued, when yardsticks were altered and a universal mode of thought generated its own confusion, we were not to fear. A change was coming to pass. Beneath the parched ground was the sound of many waters. Now the Earth groaned like a woman in travail, broken apart by the pangs of a new creation.

For three elements were polluted and set at war with one another; earth, air and water. But the fourth was sacred; it could not be destroyed. And with this element, Creation would be purified, the gold and the dross running together for aeons would be separated. Nothing would stand in the fire but what was True, until all that glistered should at last be Gold.

The old order would dissolve into ashes and there would be a New Heaven and a New Earth.

From Next Year In Jerusalem 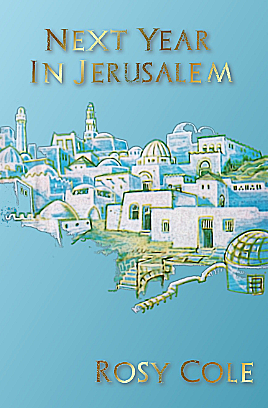