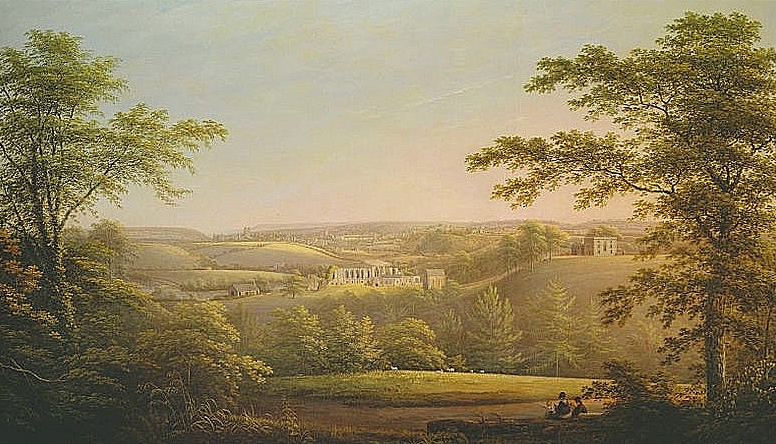 For the son of a Dublin grocer, who himself started working life by peddling victuals, Leonard McNally, the charismatic lyricist of The Lass of Richmond Hill, forged a colourful and daring career. His contrary streak was ably channelled in bending circumstances to his own advantage, while enlisting the confidence of (almost) everyone around him.

As early as his teens, he appears to have become disaffected with Roman Catholicism and we glimpse his dissident mettle in his impatient conversion to the Church of Ireland. 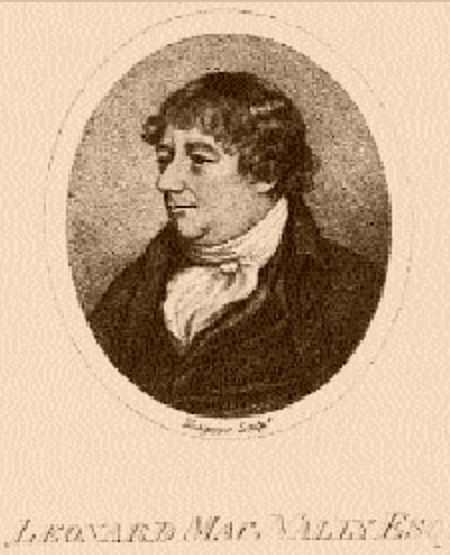 In 1774, at the age of 22, McNally entered the Middle Temple and studied law. After practising in his birthplace, he returned to London to become a barrister. Like James Perry, the revered editor of The Morning Chronicle, he supplemented his income with his pen and produced a number of plays as well as editing the capital's fourth most popular daily newspaper, The Public Ledger. 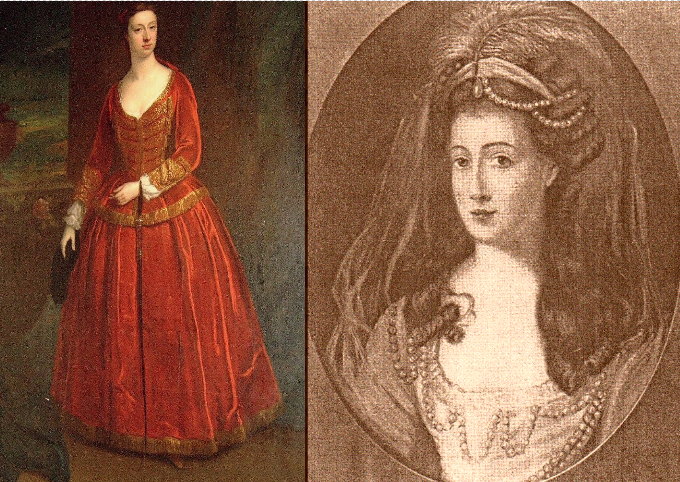 It was during the London era that McNally fell hopelessly for his future bride. He had ventured into producing opera libretti featuring heroes such as Tristram Shandy, Robin Hood and Richard Coeur de Lion, while unashamedly satirising his fellow countryman, the playwright, Richard Brinsley Sheridan, in The Apotheosis of Punch. Moving among a theatrical coterie, he was invited to a soirée held in Bedford Row at the home of William l'Anson, an attorney from Wensleydale. This lawyer had an enchanting daughter named Frances, in whom the ancestral breeding of baronets was nicely wrought. The father saw sparks of romance fanned into flame and, for ill-defined reasons, was alarmed. When McNally sought Frances' hand, he was roundly refused.

A few months later, the pair visited her mother's family home, Hill House, Richmond, Yorkshire, where he was inspired to write the song which became a lasting tribute to his beloved. (It is documented that Annabella Milbanke, the poet Byron's wife, stayed at this house at one period where letters passed between them.) At any rate, l'Anson was defied and the lovers eloped to be married in St George's, Hanover Square, in January, 1787, some months short of  the bride's twenty-first birthday. Her father's ire was such that he promptly wrote her out of his will but, maybe due to her mother's pleading, there is believed to have been a later rapprochement.

The song rapidly took on a life of its own when James Hook, a composer and gifted harpsichordist from the age of four, set it to music. The son of a Norwich cutler, he had made his name as a musician to London's pleasure gardens. Instant success was guaranteed when Charles Incledon, a Cornishman and acclaimed tenor 'without rival', seized on it and gave a premier performance at Vauxhall Gardens in 1789. 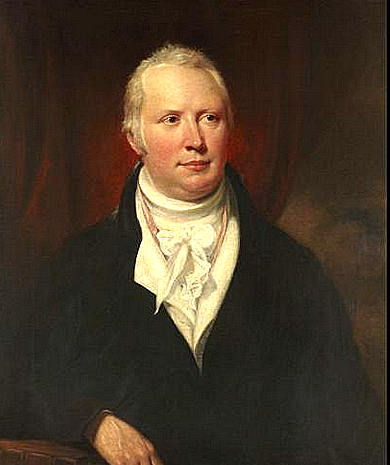 That was a significant year. George III had awakened to calmness and sanity after a prolonged bout of his mysterious derangement. A Thanksgiving Service for his deliverance was held in St Paul's Cathedral. Joy lifted his spirits. The world was made new, never mind that the volatile French were giving cause for alarm. When he heard McNally and Hook's minor masterpiece, it lodged like birdsong in his heart. The irony was that it soon became associated with his eldest son. That fickle gentleman and Maria Fitzherbert, a Roman Catholic and a commoner, had flouted King and Parliament to be clandestinely married.

In 1795, it behoved the Prince to placate his longsuffering creditors and obey His Majesty by marrying a cousin, Princess Caroline of Brunswick. The forlorn Prince was forced to make a break with his papist 'bride' and she retreated to Marble Hill, Twickenham, near Richmond, as the tenant of a friend. On the eve of the Royal Wedding, poor George could be seen riding back and forth outside her window in great agitation.

The marriage was a monumental disaster. George waded in the slough of despond for many moons to come.

In the summer of 1797, the Royal Court moved to Weymouth. Lord Berkeley's South Gloucesters happened to be camped there as part of the coastal defences against Napoleon Bonaparte. The Prince of Wales, who was not in good odour with his father over his treatment of the Princess Caroline, chose to remain at a distance in a Dorset mansion, but did put in an appearance at many social gatherings. Among them was a review of the troops. Lord Berkeley, eager to keep the Prince's good offices, entertained him lavishly in his own tent and presented his hopeful heir, William Fitzhardinge Berkeley as Lord Dursley, the courtesy title of the eldest son, though the boy's legitimacy was doubted by many. William was rising eleven. He possessed a golden singing voice, as yet unbroken. The Wolf and The Lamb details how the Prince bade Dursley give the company an air and how, accompanied by his brother on the clavichord, he launched into a rendition of McNally's tuneful piece which succeeded in appealing to the Prince's mawkish sentimentality: '...I'd crowns resign to call thee mine, Sweet lass of Richmond Hill.' 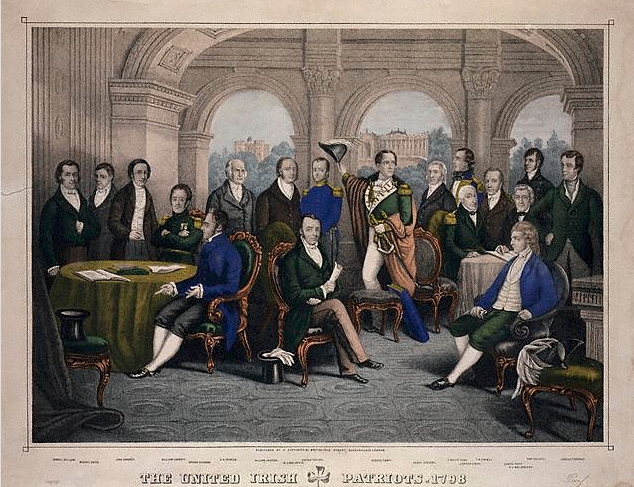 The 1790s saw McNally, again in Ireland, living the high life, which he could scarcely afford, eager to impress his young wife. He became a founder member of the radical secret society known as the United Irishmen, or the United Irish Patriots, who, fired by events in France and America, sought the end of British Rule. They were to launch a major rebellion in 1798. As the organisation's respected principal lawyer, it fell to McNally to defend insurgents like Wolfe Tone and Robert Emmet against accusations of treason. If their convictions were anything to go by, McNally proved an inept counsel. However, events after his death were to shed a whole new light on his agenda. It transpired that he had been a double agent in receipt of a pension for passing information to the British Government about the society's activities. 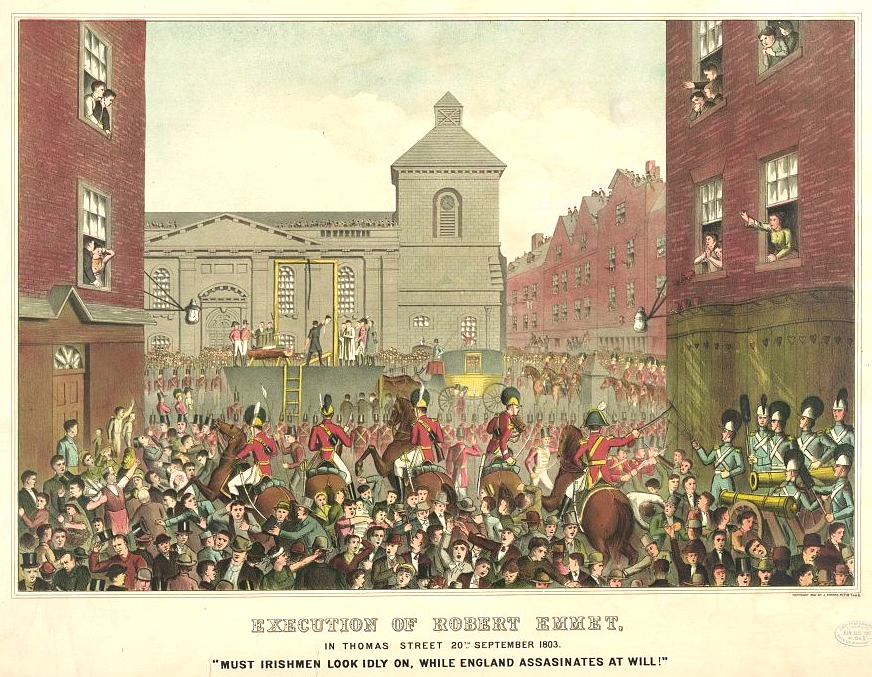 Perhaps it's no wonder William l'Anson refused McNally permission to marry his daughter. l'Anson himself had a chequered history back in Yorkshire. He had incited thirty men to riot at the lead-smelting mill of Thomas Smith, when his noble client, Lord Pomfret, unfairly and illegally claimed ownership. It led to a couple of court cases in which l'Anson emerged with his reputation tarred and some hefty fines. No doubt something in McNally's makeup alerted him, a questionable phrase, opinion or attitude, that did not chime with the way the barrister presented himself. As they say, it takes one to know one!

No stranger to elegant contrivance, it is suggested that McNally wrote his impassioned song in order to persuade his prospective father-in-law of the depths of his devotion. It must have caused some soul-searching that in 1795, during those years of Irish ferment, the wife he had struggled to deserve died in childbirth, having borne three children. She knew nothing of his duplicity. How much did the torments of grief feed into his escalating treachery?

True to his perverse nature and, at the same time, to his upbringing, McNally reverted to Catholicism by seeking Absolution for his crimes on his deathbed in 1820.

If, as Pablo Casals maintained, 'Music is the divine way to tell beautiful, poetic things to the heart,' the least alloyed aspect of Leonard McNally's life is summed up in one poignant little song that has survived more than two centuries and thanks to the inspiration of James Hook! 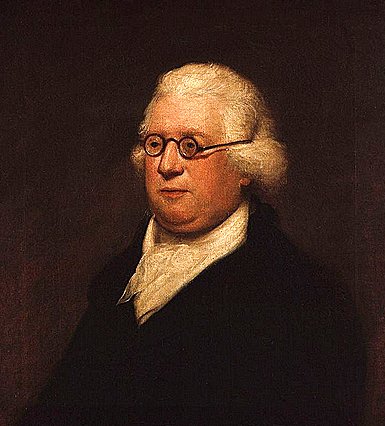 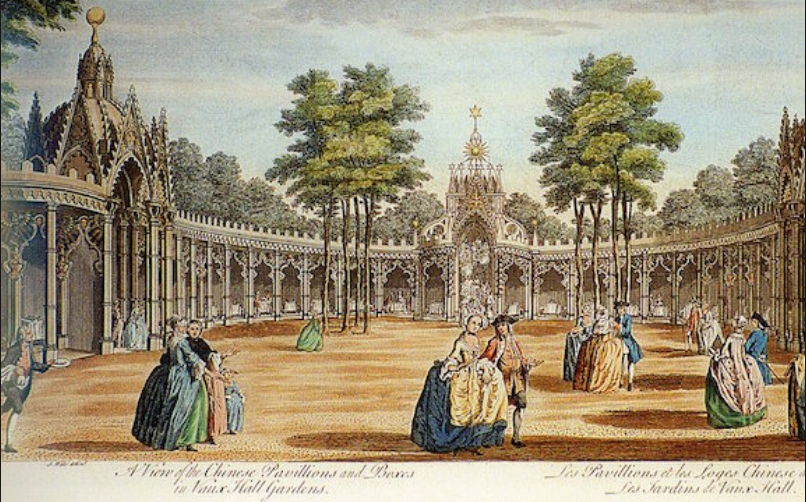