The first of two passages from Next Year In Jerusalem 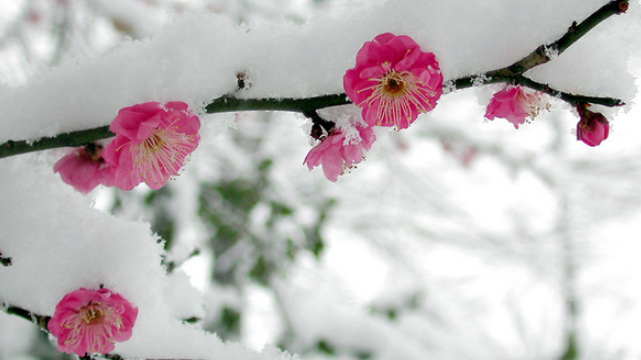 Snow fell unexpectedly in my hopeful seventh spring. It made shadows of the bare boughs. It sent shivers down the spindly spine of young birch. It found out the eroded pointing in the brickwork. With a gentle insistence it gathered along the window-ledges, made portholes of the panes and silenced the astonished birds. Flake by flake, it settled upon the lawns Simms had already mown twice that season, and obliterated the paths as though it meant business. Soon it had created a ghostly monochrome world. A child’s world.

No one guessed it was coming. The weather forecast had been promising. It came without warning, this taste of winter in May; a thief in the night.

Mrs Simms, housekeeper at St. Mary’s declared: “Well, well, I never! That’s put paid to the picnic, then. Nipped our plans right in the bud, that has, dear.” She liked things to be orderly, predictable.

“Never mind, I suspect the children won’t be too disappointed,” Sister Joseph said in a pleasant rallying tone. “They’ll be just as happy making snowmen as picking cowslips. You can’t order the weather, I’m afraid.”

She was right. We whooped with delight and scrambled on to the sills to watch the sky come tumbling down to earth at last. We had longed for snow and felt cheated. Unlike its predecessor, the winter had been a sequence of lethargic days, of damp pavements and mild winds that never got off the ground. There was no cutting edge to it. No blade-bright December or January to sting colour into your cheeks and pinch your toes. Spring came unheralded, robbed of its magic. Even the snowdrops flowered unremarked.

But the advent of snow put a new complexion on things. It lent poignancy to the frail evidence of rebirth.

Throughout lunch that day, which included mortifying wads of bread-and-butter pudding I shall never forget, we agitated to be let loose on the sugar-frosted landscape and, as soon as it was over, crowded the exit noisily. We rolled in the snow, scooped it up and stuffed it by the fistful into our mouths, tobogganed in the dell where the oaks were strung with rubber tyres. Long earthen scars appeared upon its slopes. The air was thick with shrieks of glee and icy missiles exploding on ducked backs. Some built a fortress in the shrubbery, irrigating its mote with a length of hose burgled from Simms’ shed, until the brindled snow had turned to slush, the towers sank in ruins and the ramparts were no more.

“I know,” cried someone, “let’s dig for buried treasure!”

And as enthusiasm quickened among us, we fell to seeking our fortune in the swede patch Simms had painstakingly prepared for the new crop. The primary colours of our spades struck a contrast with the snow and with the cheerless garments thrust upon us in those years of rationing after another fullscale war. The world had not entirely awakened to its own survival.

Fortunately, Simms had gone into town on an errand for Matron, and was not around to see his beloved domain turned inside out, soil and snow and clods of clay flying from the trench. The going was tough. The purposeful were soon singled out from those in search of aimless distraction.

“The ground is hard,” complained the whey-faced Polish boy Matron fed with iron pills and spoons of loathsome fish-oil he spat out at her. “I try somewhere else.”

A groan went up from the rest of us. We knew him of old.

“Novak’s chickened out before we’ve started,” sniffed Thomas in disgust, a good-natured elderly boy of eleven who took command of all our enterprises.

“It’s all right for you, my spade’s too blunt,” the quarrelsome Lucy told him.

“Have mine, then,” I said. I was dizzy and my chest felt sore.

“You’re my best friend,” he beamed up at me. “You can have my pudding tomorrow. Unless it’s treacle tart!”

"Old Beaky says she's got a dicky ticker," Thomas informed them, mopping his overheated brow upon his sleeve. "Reckon he could be right. She's always out of breath." 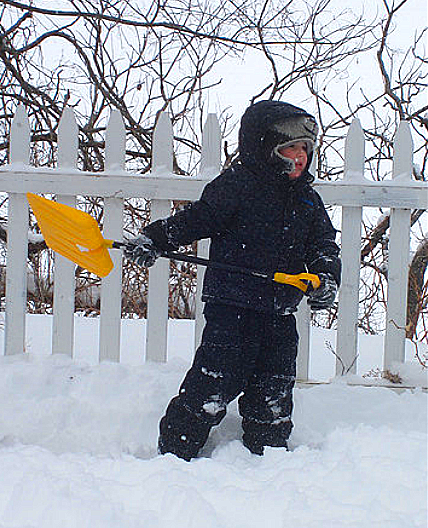 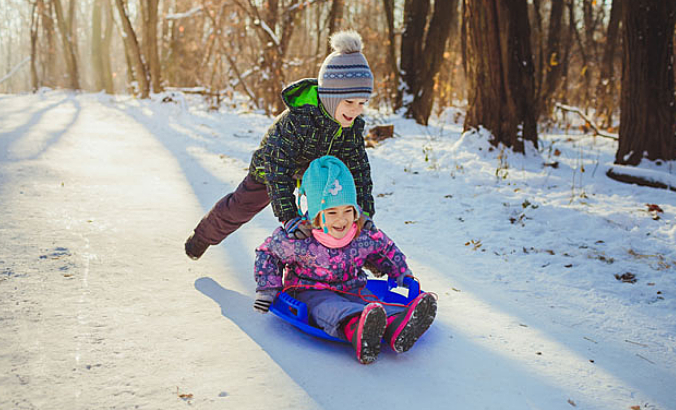