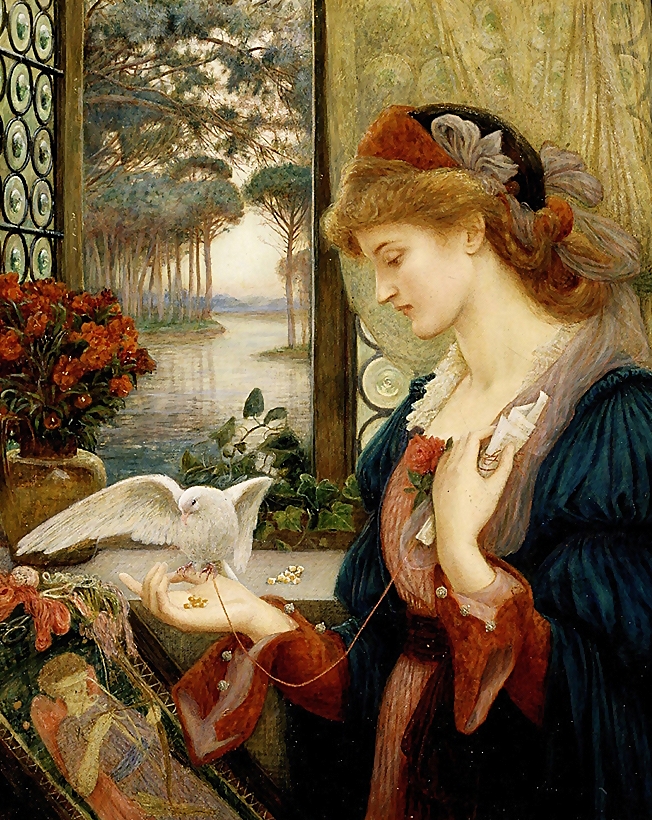 Did you not hear My Lady
Go down the garden singing
Blackbird and thrush were silent
To hear the alleys ringing.

Oh saw you not My Lady
Out in the garden there
Shaming the rose and lily
For she is twice as fair.

Though I am nothing to her
Though she must rarely look at me
And though I could never woo her
I love her till I die.

Surely you heard My Lady
Go down the garden singing
Silencing all the songbirds
And setting the alleys ringing.

But surely you see My Lady
Out in the garden there
Rivalling the glittering sunshine
With a glory of golden hair. 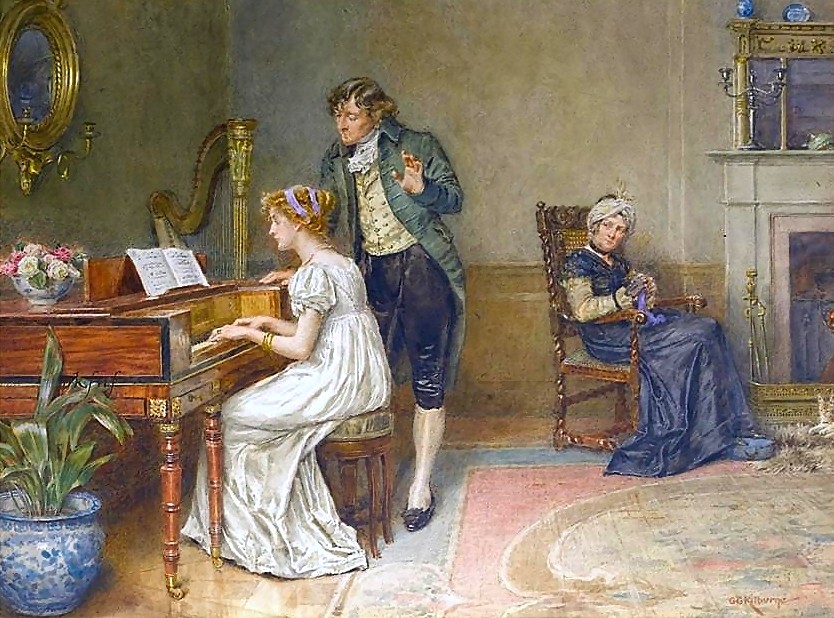 Jane Austen fans will be no strangers to this wistful piece. Remember when Emma Woodhouse sat down at the pianoforte and launched into song so naturally, to be joined by Frank Churchill in a duet where she harmonised the tenor melody with an alto improvisation? A moment charged with delicious speculation all round.

What may be less familiar is its title, which can be a little misleading, smacking as it does of a religious theme.

The version of the song aired in the film was arranged and adapted in sentimental vein by Arthur Somervell in 1928 and loses the forlorn gravity of the original from Handel’s Italian baroque opera, Tolomeo (Ptolomy). The aria known as Non lo dirò col labbro (‘I will not say it with my lips’) could hardly be more suited to tight-laced Georgian manners and the politics of romance and courtship. No vulgar chat-up lines among Miss Austen’s milieu! No tryst unchaperoned and no glimpses past the bedroom door. Ah, what we have lost! All that exquisite agony short-circuited! But we will return to Jane later. 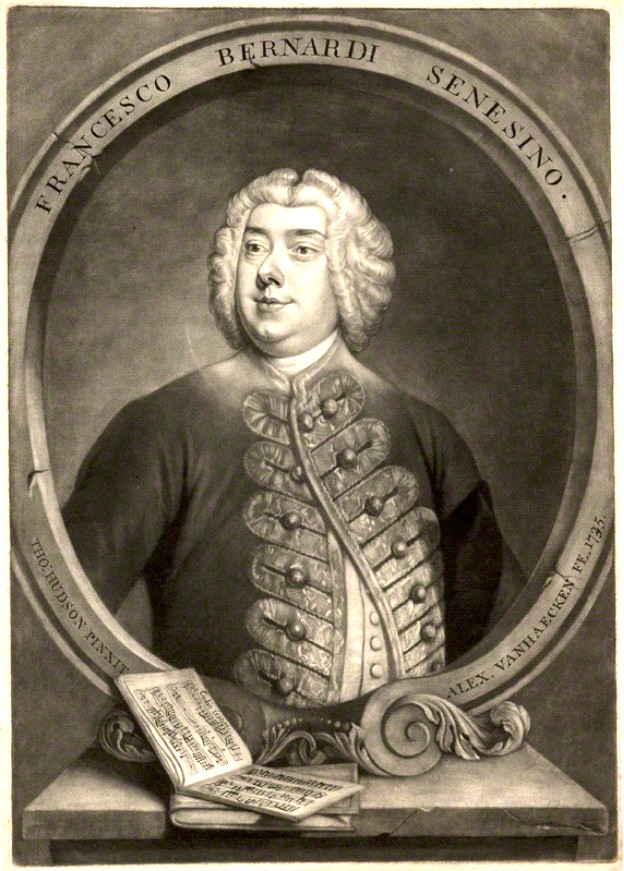 In the opera, the role of Tolomeo was first performed by the great Francesco Bernardi aka Senesino. He was the son of a Sienese barber, a boy chorister, who had been castrated at the unusually late age of thirteen. Women were forbidden by the Vatican to sing in church choirs, as was castration a forbidden practice, but the latter seems largely to have been ignored! Opera companies were all too eager to head hunt the cream of them and, after a spell in Venice and Dresden, Senesino came to London in 1720 when he was in his mid thirties and was engaged by Handel as his male lead singer. 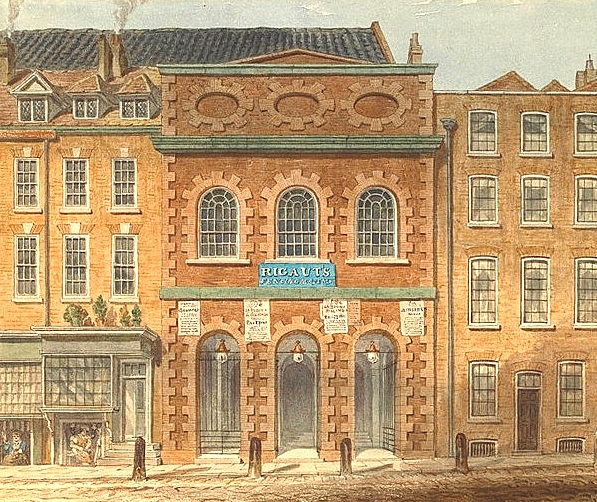 (The Queen's Theatre, built 1704-5 by John Vanbrugh, was changed to the King's Theatre at the accession of George I. Queen Victoria was pleased to call it the Italian Opera House. Since the Georgian Era, it has been known as both Her Majesty's Theatre and His Majesty's Theatre, according to the monarch.)

Tolomeo received its premiere at the King’s Theatre, Haymarket, in 1728 with Senesino in the title role of the deposed King of Egypt. His reputation was by now golden and he earned something in the region of 2,000 – 3,000 guineas per year (around £600,000 today) enabling him to become a noted collector of precious artefacts and coveted Paul de Lamerie silverware. He was able to retire in the 1740s and build a fine house in his native Siena where he affected an English style of life and kept a black servant, a monkey and a parrot. 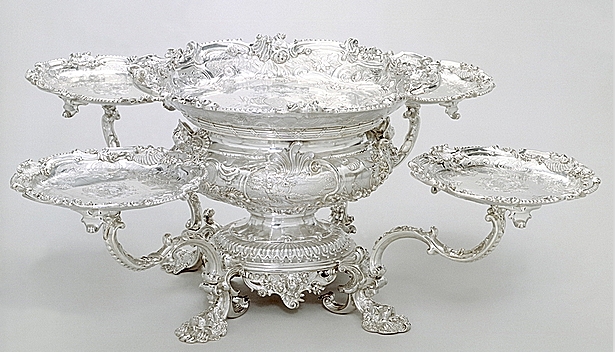 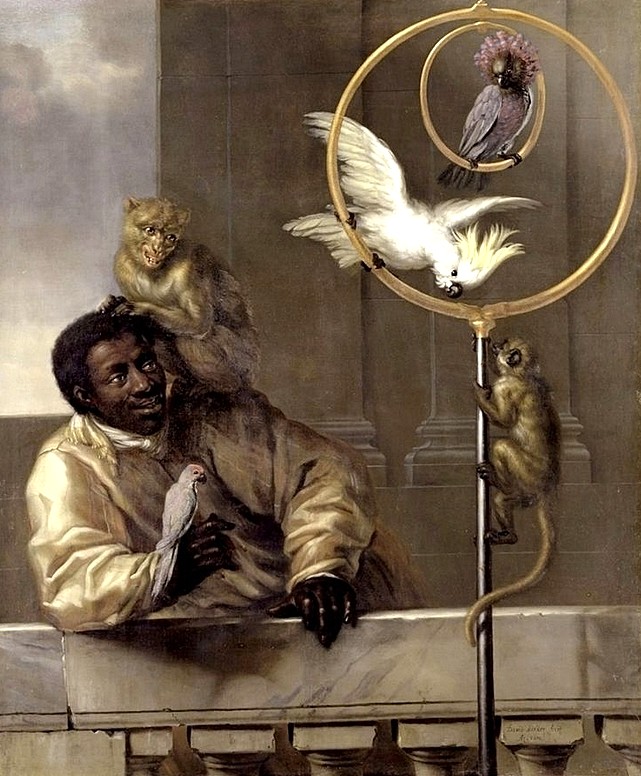 Opinions vary about his stage presence as an actor, but his singing technique and interpretation had no peer. Johann Quantz, the German flautist and composer, said of him: "He had a powerful, clear, equal and sweet contralto voice, with a perfect intonation. He sang allegros with great fire...and his action was natural and noble. To these qualities he joined a majestic figure; but his aspect and deportment were more suited to the part of a hero than of a lover."

The singer was deemed arrogant and difficult to get on with in real life, but castrati were a surefire way to pull audiences and were adored by both men and women for their tantalisingly ethereal sex appeal. Not only were opera-goers seduced by the lingering youth of these performers, contrary to popular belief, some ladies attested their prowess beneath the counterpane! Even the legendary Casanova was heard to declare of his favourite castrato: “To resist the temptation, or not to feel it, one would have had to be cold and earthbound as a German."  A pamphlet of 1735 put it like this:

Who would not be unmann'd to gain
What they with so much Ease obtain?
For tho' they lose the Pow'r of Harm,
The Women know they yet can charm.

So the whole thing was a heady amalgam of spirit and physicality. It reveals quite a lot about the early Georgian psyche and the curious tension between the rarefied Arcadian idyll and the seamy realities of Hogarth’s The Rake’s Progress.

However, Senesino was no accomplished paramour and he admitted as much to the celebrated soprano, Anastasia Robinson, a Twickenham neighbour, with whom he appeared in several productions. Whether she was sore that her charms had been rebuffed is unclear, but on one occasion in a public rehearsal, he insulted her. Her lover, Charles Mordaunt, 3rd Earl of Peterborough, who was present, then took up a cane and beat the castrato, forcing him to beg forgiveness on his knees and describing Miss Robinson as "a nonpareil of virtue and of beauty." 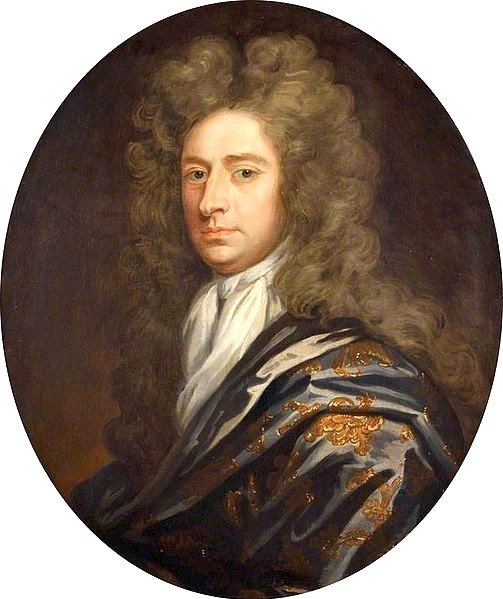 The librettist of Tolomeo was Nicola Francesco Haym, a cellist from Rome, who came to England to seek his fortune in 1701 and became Master of the 2nd Duke of Bedford’s chamber music. Seizing the opportunity of working with Handel, he adapted the text of Carlo Sigismondo Capece's Tolomeo et Alessandro and thus created Non lo dirò col labbro.

The really intriguing thing is that the aria has an opening which was not part of Somervell’s 1928 translation, but which lends an atmosphere so redolent of Jane Austen’s world. Apparently, she included Non lo dirò col labbro in her own handwritten songbook, making the reference in Emma particularly appropriate. This is how, in English, the missing prelude runs:

I will not say it with my lips
Which have not that courage;
Perhaps the sparks
Of my burning eyes,
Revealing my passion,
My glance will speak

We catch an anguished glimpse of a future the singer feels can never be, but the passion itself must not go unrecorded in the memory of the beloved. It must scintillate like a jewel for ever. Somehow, this verse turns a symbol of elusive happiness into a personal flesh and blood longing.

Did Jane muse dolefully on Tom Lefroy when she copied those fateful verses? We can but wonder. 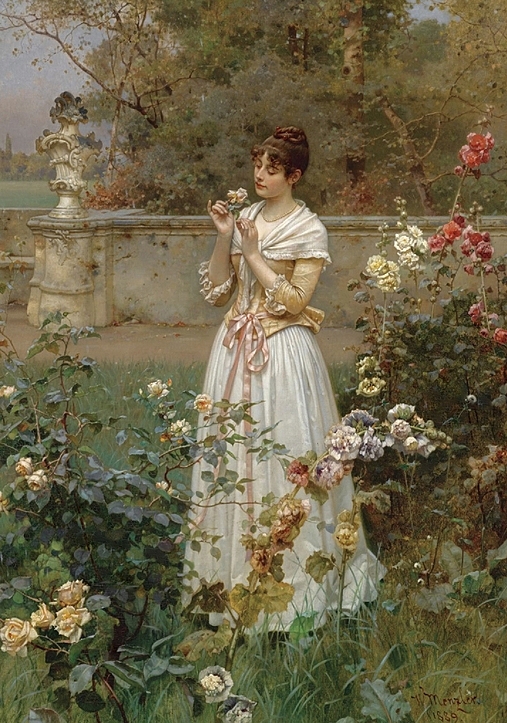 Grove’s Dictionary of Music and Musicians