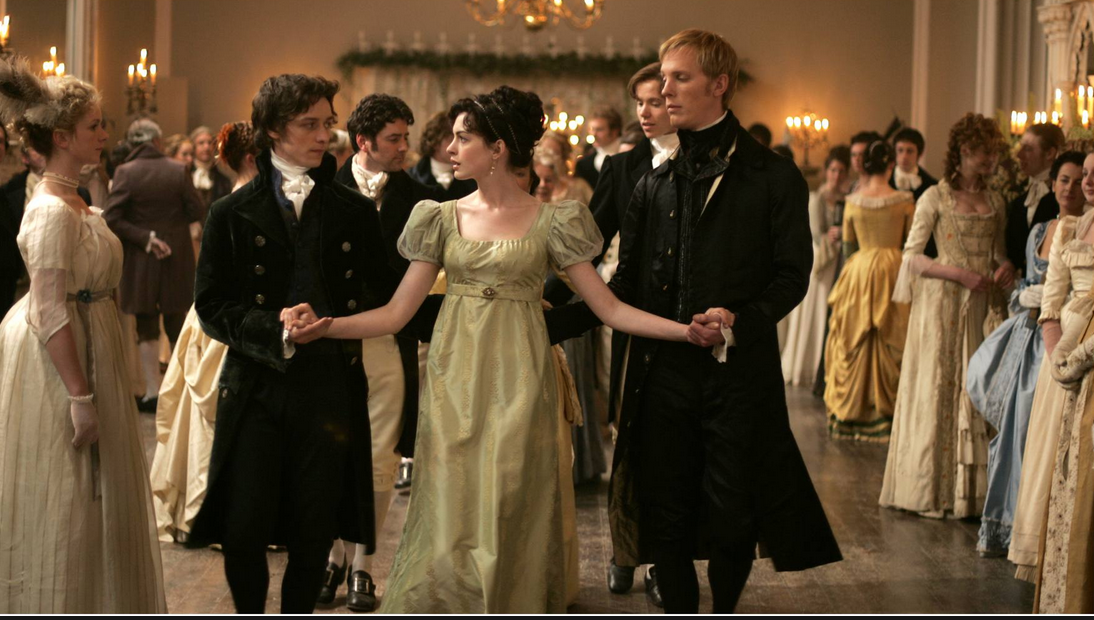 Lord Dursley and his cousin, Berkeley (Bly) Craven, distil a little fine wisdom upon blighted hopes and matters of the chase...

With the passing months, the lovelorn young Viscount discovered that the imbibing of hemlock was not essential to oblivion of his scheming muse. This was aided by the news that Miss Knight had married her steadfast admirer, Mr Ball, who was a widower with a daughter called Eliza Jane, a stepsister for Johnny.

“She was no Juliet,” Bly reasoned. “No Chloe. Can't consort with females who tread the boards if you're seeking to breach the groves of Hymen.”

“I seem to have a partiality for Thespians.”

“Craven is wildly enamoured of Louisa Brunton. He's given up Miss Wilson, ain't he?”

“Tis my belief he'll offer for her, poor dolt. Craven, I mean. Mama's in a taking because she's scented the chase.”

“We can't all levitate to the gods as she has. My aunt likes the theatre as well as anyone.”

“But her father and grandfather were Earls! Can't measure an actor-manager and a Norwich soap dealer beside your upper crust punter. Even you have blue blood, Dursley.”

“Damme, I've waited all my life for such a compliment!”

Exercising his brain was not native to Berkeley Craven, but with pioneering zeal, he excelled himself. “Well, at least a spanking shade of purple, what with your mater's folks in butchering.”

“I reckon our forebear, the Merry Monarch, omitted to pass on his genius with women,” observed the Viscount gloomily. 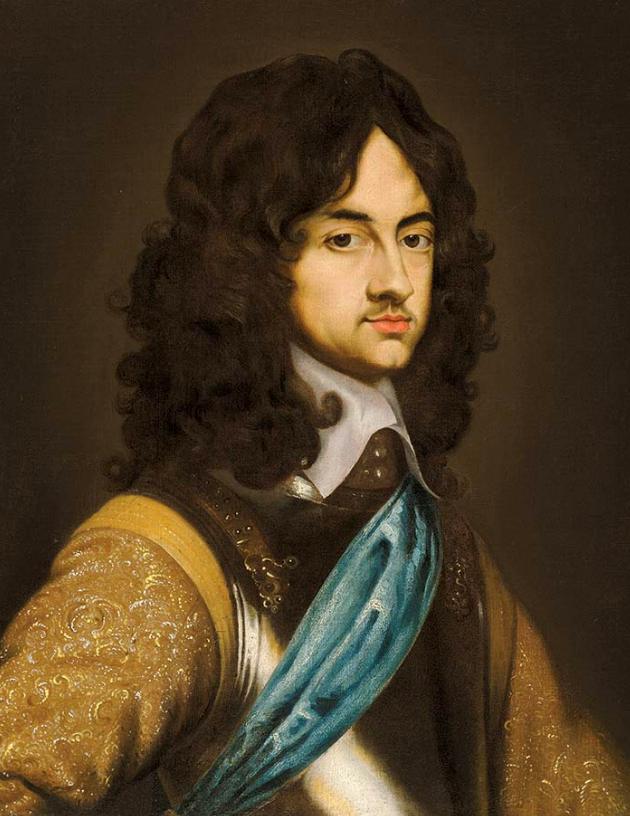 Bly withdrew his long legs from the footstool and folded up his Racing Calendar in an energetic frame of mind. “Time we headed down to Cheltenham for a spot of wenching and the Races! You'll soon change your tune. London's no place to hang about. All those poker-faced chaperones who'd as lief slap bastardy bonds on you as give you the time of day.”

“Too true! Predatory Mamas don't tend to steer their daughters in my direction though, thank God.”

“That's on account of your old man's reputation, I'll wager.”

“To say nothing of my argued status.”

“I caught that Cecil girl giving you the eye at Lady Campbell's romp.”

“Miss Georgiana? Now there's a female who needs a bridle and bit. Too much of a handful, if you ask me. I can see why Wales fixes upon mature women. None of that frisky giggling.”

“Well, you're not your father's son in that particular!”

“It don't feel right, Bly. It never did. Mama's almost like a sister and I ain't sure I'm comfortable with it.”

“Not when she's just presented you with yet another Berkeley original!”

Emily Elizabeth Berkeley had made her appearance that spring of 1807, the Earl and Countess' third living daughter, a product of those balmy days of the previous summer when the frustrations and constraints of public life had been forgotten.

“It don't stop the Queen. And you can't go saying Uncle Freddy's in his dotage when he's a regular out and outer!”

Fitz started pacing Lord Craven's cherished Savonnerie carpet with a dogged absorption that would have brought on a seizure had the peer been at home. “All these years he's tied her down with childbearing. He's scared half out of his wits of losing her.” 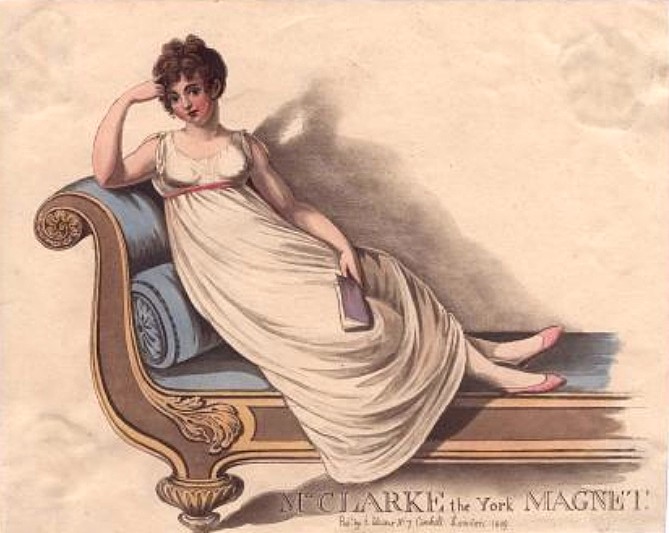 “Indeed,” said Fitz sardonically. “Mama won't dare put a foot wrong with so much riding on her reputation.” He let out a hefty sigh, glancing outdoors as if he might make a run for it. Charles Street echoed to the clatter of  smartly painted equipages bent on the rococo rituals he was learning to hate. “For two pins, I'd apply to Mrs Clarke for a commission,” he said, speaking of the Duke of York's mistress who had covertly set herself up in a fine way of business by supplying His Highness' Army with a steady stream of officers. “Perhaps Craven would see me placed?”

“No, he won't! That would be a colossal disaster after all your folks have gone through to secure your position.”

“They created this devil's scrape!”

“Listen, you silly oaf, your majority's on the horizon. There'll be invitations galore: you can sweep a magnificent leg as Lord Dursley. Everyone will forget you made a cake of yourself at Eton.”

"But I've not a sixpence to scratch with!”

“The Earl will be duty-bound to come up with decent funds. Now put off that Friday-face and let's go petticoat-hunting. Time we put the horses to. Hell and the devil, Dursley, you look done in before we start!”

The Viscount shook his head. “Can't.”

“Going down to Brighton tomorrow. Prinny's laying on a lavish gig to celebrate his birthday.”

Berkeley Craven's shoulders sank in a groan. “How absolutely miffing! Well, you can't miss his birthday, even if you can your own!” 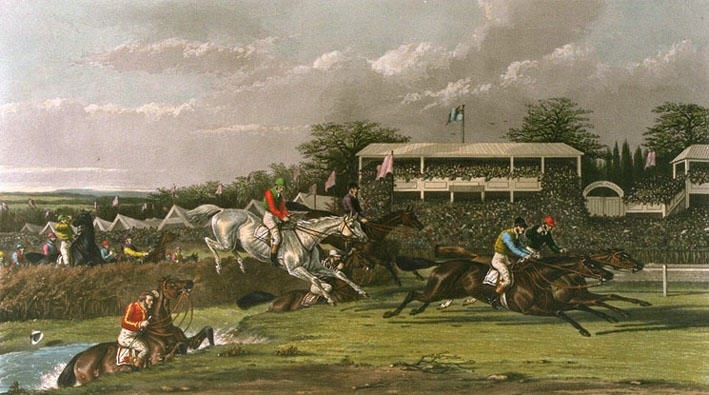 from THE SHEEP AND THE GOATS, Second Book in the Berkeley Series.