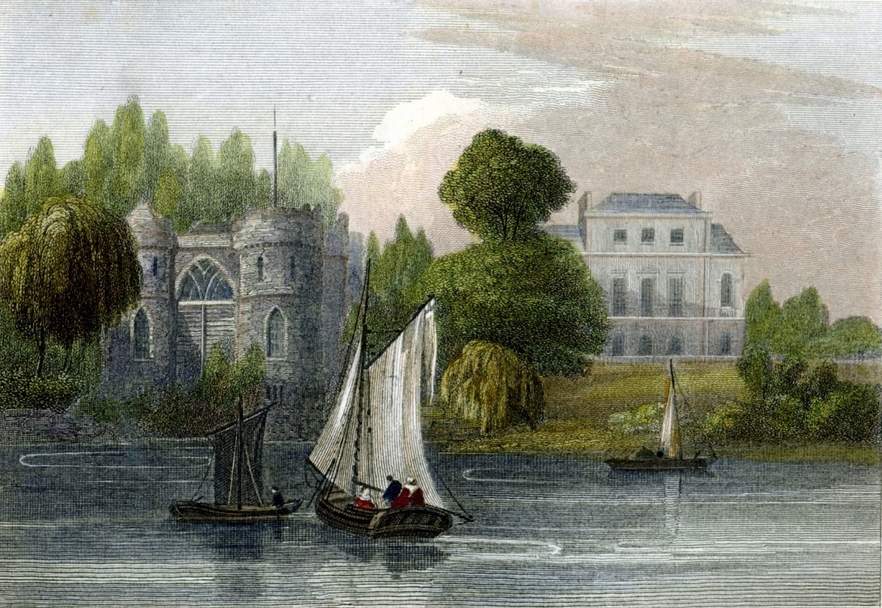 Did the Margravine foresee how the eccentric Ferryman might turn coat and give compromising testimony in the House of Lords against her nephew's claim to the Earldom of Berkeley?

Brandenburgh House was a pale villa of pleasing symmetry among clouds of silver-green foliage on the banks of the Thames at Hammersmith.

It had passed through several incarnations before looking as grand as it did now. The floor of its gallery was inlaid with precious marble; its doorcase pillars richly ornamented with lapis lazuli from the mines of Badakhshan. Statues of immortals from a good two millennia were paraded along its walls amid a cornucopia of heirlooms, causing Samuel Lysons, the antiquary, to go into sublime transfixture. Here, every Muse was beguiled by its tamed pastures, its myrtle groves and outdoor theatre resembling an archaic folly. The place was a hive of extravagant socialising which allowed its Queen Bee, a lady of iconoclastic though far from Republican views, to indulge her passion for sharing anecdotes of exotic travels and for giving prima donna performances in her own plays.

This was the home of Berkeley’s younger sister, the Margravine of Anspach, and her second husband, Prince Christian Alexander. He had transferred his estates to the King of Prussia in return for a substantial annuity enabling him to settle in England. They kept thirty servants in livery, several grooms and a stud of threescore horses. The Margravine liked to live life to the full and brooked no rein upon her activities. 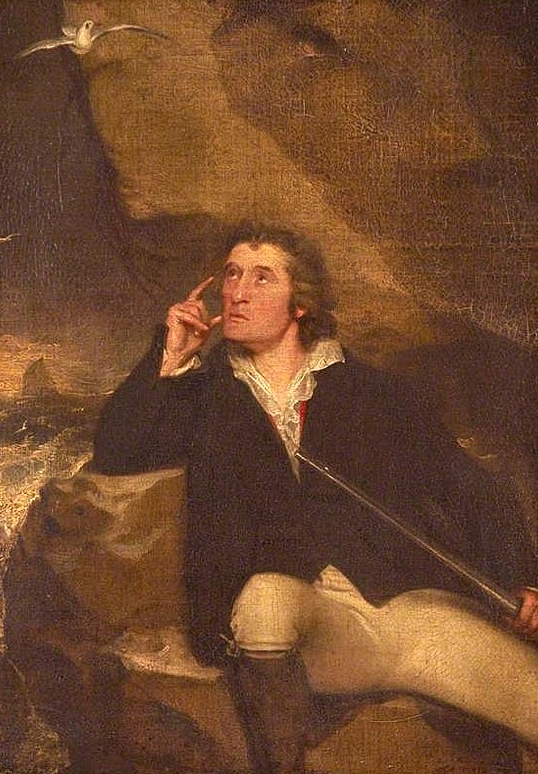 Her theatre had been built and decorated by the Reverend Robert Ferryman during his chaplaincy with the family. It was his concession to mammon before the humbler but holier shrine to Dr Jenner’s work. He was fond of reminding folk that his wife, Sibylla, was from Schleswig-Holstein, a provenance with an imperial ring, by which he hoped to gain an entrée into charmed circles. But his social climbing had cost him dear and the first years of the nineteenth century saw him defending a number of lawsuits for debt. Things were so bad that his own attorney threatened to have him arrested. Furthermore, his parishioners on Lord Egremont’s estate were grumbling about his neglect of duty which meant that a hearing in a Consistory Court also loomed.

Chivvied by his fecund spouse, Ferryman rode to London through mist and rain and gained the portal of Brandenburgh House on the first day of April at four in the afternoon. He could hear the echo of the door-bell diminishing deep within the rooms. A butler, who might have been one of the statues, accepted his card and, sniffing impassively, left him to drip over the porphyry tiles while he contemplated the voluptuous energy of Rubens and Murillo. The hireling returned, took Ferryman's sodden hat and cape, and showed him, unpromisingly, into the Morning Room.

By now, Ferryman was wishing he had not come.

After some minutes, the lady of the house materialised with a step as light as an opera-dancer, stirring the air around the Etruscan relics with her floating drapery. She was turbanned à la Grecque in fantastical splendour.

“Ferryman! How good of you to call! You have dined, I take it?”

Ferryman, who never looked other than famished, stooped low, endeavouring with a mighty effort to control his rumbling belly. Stumbling over health enquiries, he sat down where she bade him, on a chair of custard-tart coloured damask. The Margrave, she said, had gone to visit his relatives at St James’s. She herself was not summoned.

“How His Majesty delights in regulation! He refuses to countenance a marriage between the Margrave and an Earl’s daughter!” (Ferryman deemed it unlikely to be the only reason.) The Margravine cast up her eyes to the Venetian lustres at this patent absurdity. “But there! We contrive our own Court. It is a privation I am compelled to share with my sister-in-law, La Nouvelle Comtesse.”

“In her case, fully warranted, if I may make so bold,” said the cleric, who disliked Mary and took no pains to hide it. 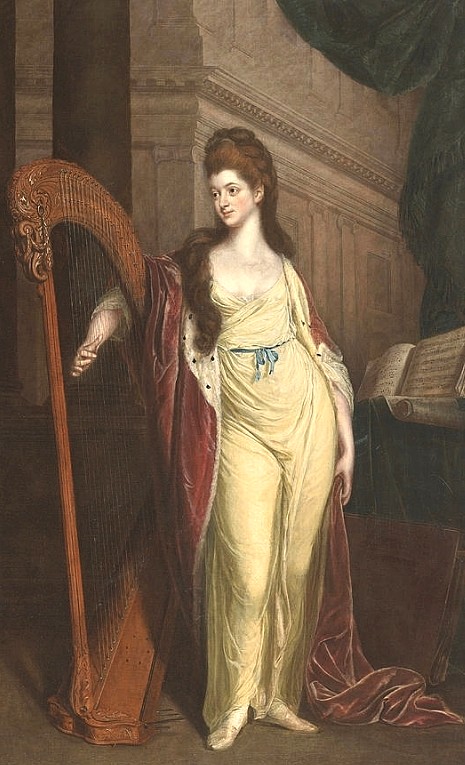 “Now, how are Mrs Ferryman and the little ones?”

“I… Oh dear, this is very difficult for me, Nobleness...”

“Let us dispense with formality, sir. Those I know well are not suffered to stand on ceremony. As my irreverent eldest brother would say: We’ve known one another since God was in breeks.”

“Not to put too fine a point upon it, I am in the most dismal straits, forced to outrun the constable! Lord Egremont is a kind patron – oh yes! – he is the essence of charity, but I fear his patience dwindles.”

“I know him to be a temperate man,” sighed the Margravine in a fond tone. 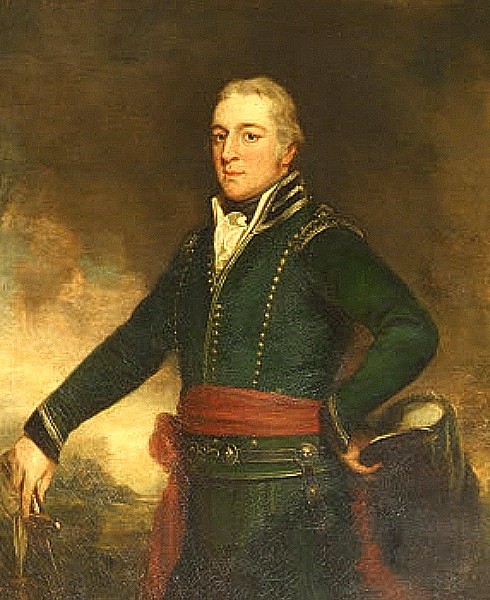 “Those from whom money is due are long in forthcoming.”

“Then you must have recourse to the magistrates.”

“Poor Sibylla,” pleaded the unfortunate cleric, perspiring now, “does her best to patch my pocket, but the stitches don’t hold!”

“Perhaps,” suggested the Margravine, “her cloth is too new. I suggest stringent economies: fewer servants, no carriage to speak of, simple fare. Why, I myself have tasted privation and know how testing it can be to make ends meet.”

“Madam, my furniture is seized. My children sit on orange-boxes. They eat porridge on weekdays and offal on Sundays. I manage on raw ground beef, for an ounce of it, you know, will go as far as a pound roast!”

“How original,” winced Her Nobleness with a shudder of distaste. She knew her visitor to be a scientist of the world of nature, an empiricist bombarded by lucid ideas which he must snatch before they vanished. The mundane practicalities of life were a hindrance.

“I have irons in the fire, many irons. They will come to fruition in the fullness of time, be sure of it. I have four patents for my inventions. There are my locks for the new gaols, my valve-cock and my bathing machine, a device for dressing corn...”

“You don’t mean to turn your hand to brewing again, I trust?”

“Your ladyship must entertain no fears upon that head,” said Ferryman who had failed magnificently in the enterprise. “I have been wondering...forgive the presumption…I have been wondering if I might create for you here a Museum of British Birds and Quadrupeds such as I have at Petworth. The response has been most gratifying. They are uncommon lifelike. I make the glass eyes myself. Your guests would find it a most diverting topic of conversation.”

“Well,” said the Margravine, hard put to douse Ferryman’s enthusiasm, “I will bear that in mind. A threshing-machine might have some utility at Benham Park, but I confess myself supremely exercised as to what to do with a valve-cock.”

“New locks upon your doors would be sure to safeguard your antiquities.”

“Certainly, a price cannot be put upon them. Tell me, have you spoken with Lord Berkeley?”

The cleric’s gaze was downcast. “I have not, ma’am. Suffice to say that we parted on less than amicable terms six or seven years ago. Tis a painful subject, even now.”

“Frederick is not one to hold a grudge for long.”

“...needs taking in hand, I believe. My advice to you, Mr Ferryman, is to take yourself off to Cranford and rap upon his door. I happen to know that he is seeking a tutor for their boys. With your varied interests...”

“Begging your ladyship’s pardon, but am I to understand that Mr Carrington is forsaking his post?”

“Not as Rector of Berkeley, no. The most you could hope for in that respect would be a curacy. Now if you’ll excuse me, I must attend to my correspondence.”

The visitor looked crestfallen. The position might offer no accommodation, but, worse than that, he was being dismissed without sustenance! His deprived constitution set up a cavernous howl. The Margravine raised her finely combed brows and directed him down the backstairs to the kitchen where he might beg a slice of ham and some bread and cheese.

Ferryman thought he would strike while the iron was hot and he set out that evening for Cranford under clearer skies with the benefaction of the Margravine’s larder. He had used to live on the edge of the Heath and was acquainted with a number of people thereabouts who might give him quarter if Lord Berkeley offered none. As he went, he debated what approach to take with his former patron. Conscience forbade the most obvious.

Cranford Bridge thudded and shuddered under his mount while the Crane babbled hollowly in the dusk and brown trout darted for cover.

Presently, the homely brick-and-stucco mansion peeped from its wooded setting. It was just as he remembered it. Once, he had been a frequent guest there, but that seemed a long time ago. 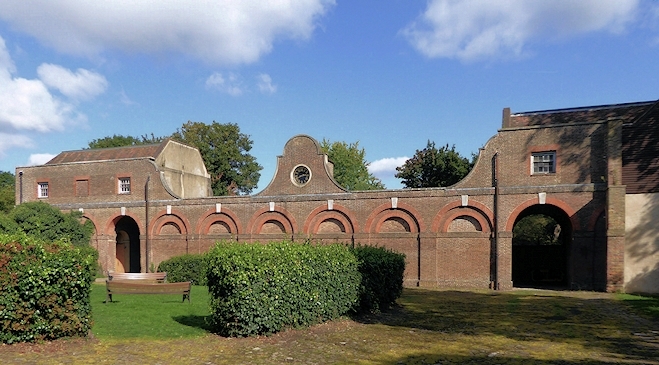 THE SHEEP AND THE GOATS, Second Book in the Berkeley Series