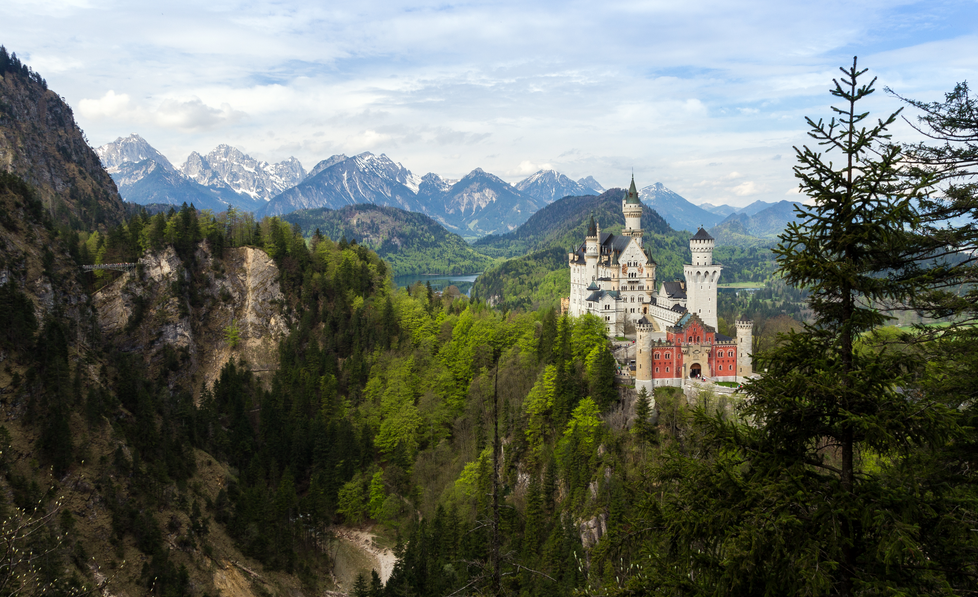 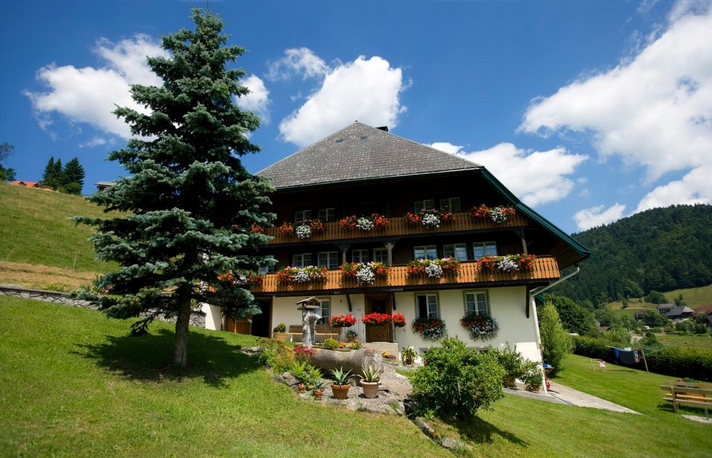 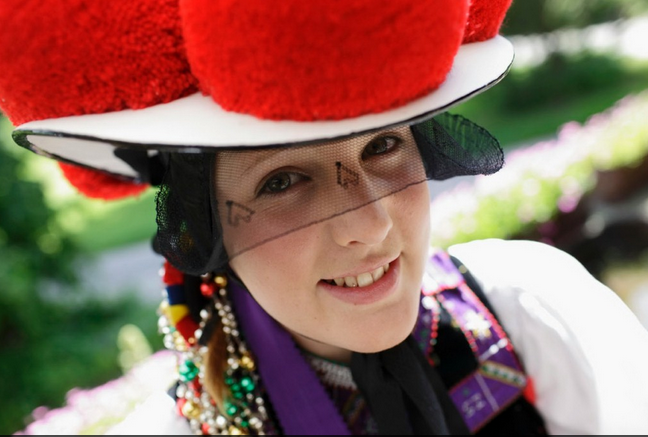 In 1960, I was lucky enough to be taken by a friend's family to Bavaria. It was my first trip abroad and an exciting adventure at a time when few people on this island were able to travel to other countries. Britain was slowly rising to its feet after the body blow of two world wars. The first stretch of the MI had been opened between Crick and Watford. That, in itself, was an awe-inspiring development.

I will never forget a chill night spent crossing the Channel from Dover to Ostend on a heaving tide under ragged clouds and stars. Or the revelation of sunrise over Flanders which was haunting in way I still can't articulate. History rose from the grave peopled with ghosts. The mingled bloodshed of nations in the foreign fields of that long-embattled buffer zone of the Low Countries stirred elusive fragments of memory from a life that had never been mine. The eras of Hitler, Kaiser Wilhem II, Napoleon Bonaparte, and even further back, are scored deep in their psyche. 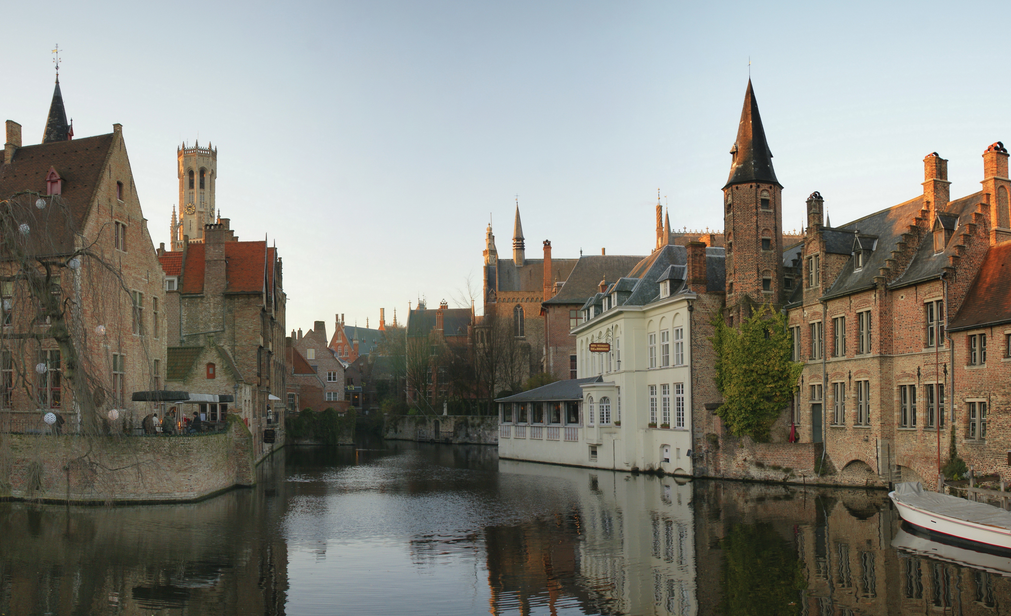 Nor will I ever forget my first sight of the enchanted cities of Bruges and Ghent, their Flemish step-gables wreathed in a folkloric air. The new Brussels Atomium, gleaming silver, with its connected spheres, was startling and futuristic to someone who'd never heard about it. And the glittering heights of Luxembourg where my first night was spent off native soil I clearly recall. Next day, a brief glimpse of Saarbrücken, renowned for coal, steel and glass, then only recently having been restored to Germany, the butt, like others in that region, of disputed borders and national identity through the centuries. (Strict border controls were in force in those days which sometimes involved a lengthy wait and, if you were unlucky, the vehicle you were travelling in might be taken apart and searched for contraband.) At Stuttgart, I braved the lift to the top of the new wonder that was the 500ft television tower and took black-and-white photos, woefully lacking in perspective, of the Swabian Alps. 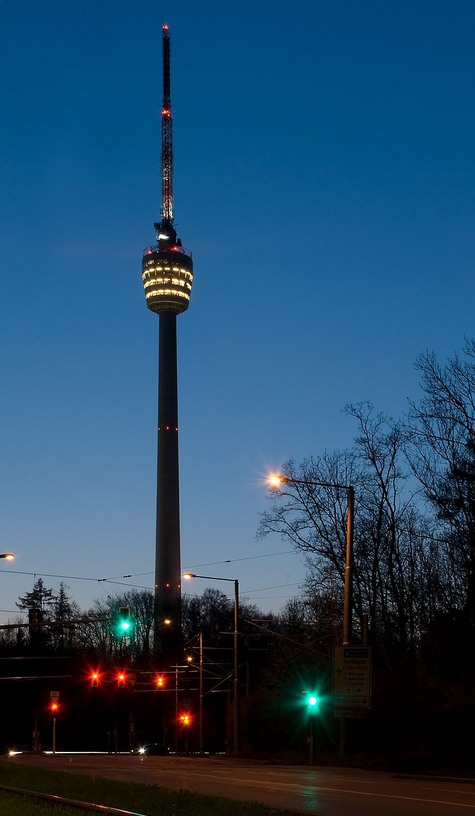 From there, we journeyed down to the otherworldly beauty of the Black Forest at the German end of Lake Constance. The lake has the peculiar distinction of being the only area in Europe where no borders exist since Germany, Austria and Switzerland can lay claim to stretches of its shores. Rules regarding fishing and the movement of goods appear to be honoured with reasonable amity. 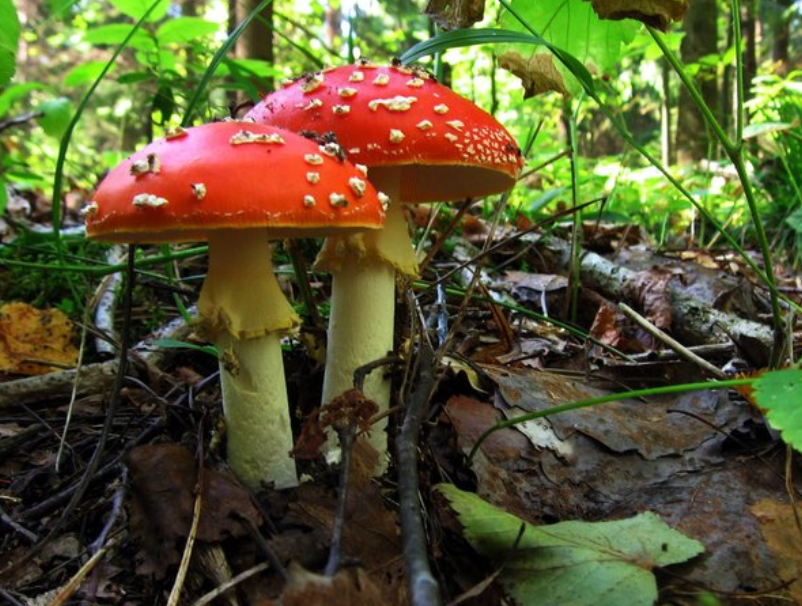 What can I tell you of Bavaria? This was the realm of that turretted castle on the calendar sent by a penfriend, of antelope carvings and cuckoo clocks, of those fairy tale white-spotted red toadstools I'd always assumed were make believe.This was the neighbourhood of the Swiss chocolatiers, Suchard and Lindt, who put English versions in the shade! It was the province of pumpernickel, sauerkraut, weisswurst and wienerschnitzel, of Schwarzwälder Kirschtorte, and an eye-popping array of layered torte with cream and chocolate and fresh fruit trapped in aspic, along with equally delectable apfelstrudel. Bavarian coffee and kuchen soon became a mid-morning ritual after a brisk walk. 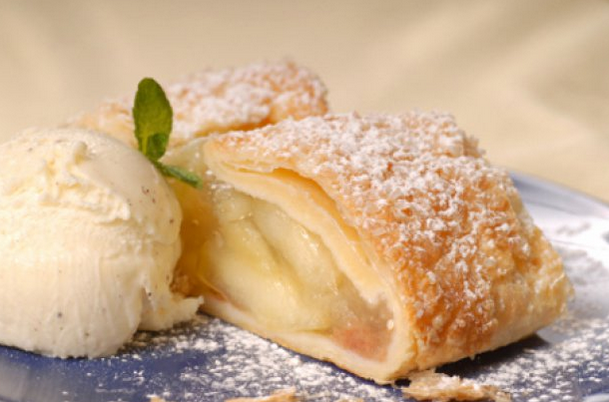 The towns were so quaint and characterful, evoking atmospheres of their multi-faceted history, with their cobbles and gables and half-timbering and green bottle-glazed windows, the exuberant diversity in their styles of architecture testifying to the salutary influences of other cultures. Aromas of garlic and spice, tarry coffee and baking rye bread, were all new and enthralling to an Englisch mädchen. Everywhere we went, the German people were warm and welcoming, determined to mend fences and forgive and forget. It was easy to soak up the nouns and phrases of daily currency. 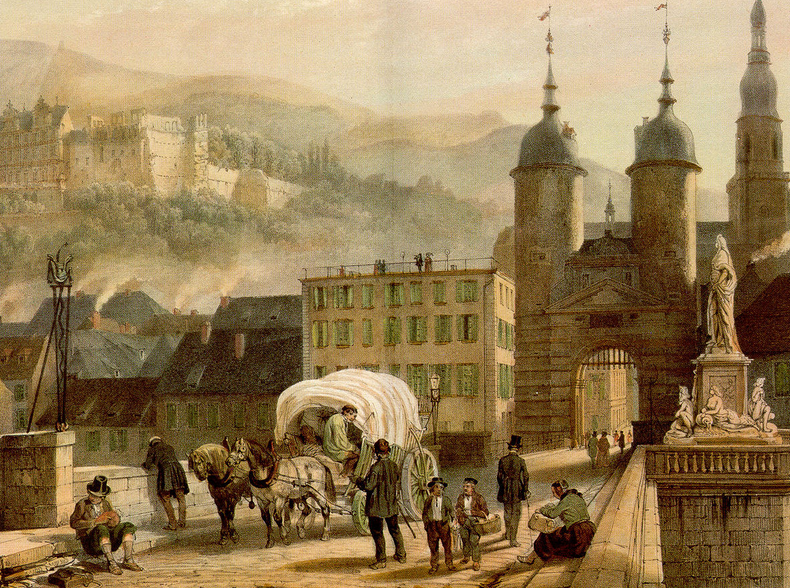 The journey home took in some of the towns the cities of the Rhine, the spa resort of Baden-Baden with its springs and wells, its pleasure gardens and casino, haunt of the rich and famous. We visited Heidelberg Old Town whose venerable university was founded during the Holy Roman Empire, then on to Mainz, Coblenz and Bonn, spending our last night at Aachen (formerly Aix-la-Chapelle) before heading for Liège and the Belgian coast. At Bonn we saw the birthplace of the maestro, Beethoven, whose 9th Symphony gave rise to the European anthem based on Schiller's Ode to Joy.

Memories and impressions of all the cities and regions of the holiday have enriched my life. I commemorated about forty of them by sewing their woven crests on my duffel sports bag.

I can't say that the iconic cliffs of Dover were altogether an anti-climax, but rolling through the pastoral landscape of home was like coming out of a dream.

In those early decades after the wars, we were made very aware of our blessings - and they were real enough! - but to see what had been achieved on the Continent, the general tenor and relish of day to day life there, gave the lie to some of our homespun propaganda. The driving spirit that had kept up Britain's morale through conflict had still to be invoked through the Peace if our renewal was to keep pace with other countries. It seemed the halt in progress, the loss of manpower and the cost of two world wars had hit this country particularly hard. 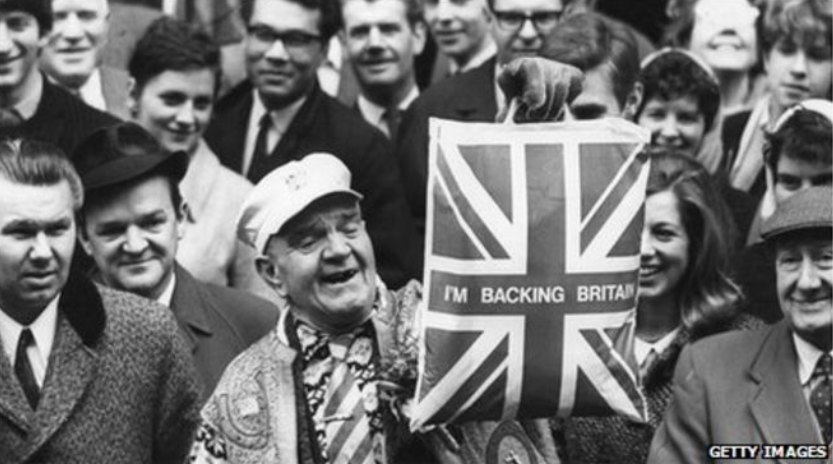 The later Fifties and the Sixties saw the rise of the nuclear family and a dynamic change in our mode of thinking. In a strange way, we were untethering ourselves from the past. Customs and attitudes we had taken for granted began to dissolve and people to forsake that focus of community for all of life's ups and downs and rites of passage, the church. Our sense of pilgrimage and instinctive dependency on God was lost. The days of pulling together for the common good, of kindness, courtesy and neighbourliness, were ebbing away.

1968 saw a recall to old values in a panic attempt to boost the economy and sink the national debt with its 'I'm Backing Britain' campaign. The Poet Laureate Cecil Day-Lewis, in his poem Now and Then, wrote this:

To work then, islanders, as men and women
Members one of another, looking beyond
Mean rules and rivalries towards the dream you could
Make real, of glory, common wealth, and home.

The whole thing proved a fiasco, a turbulent comedy of errors, misapprehensions and vying factions. 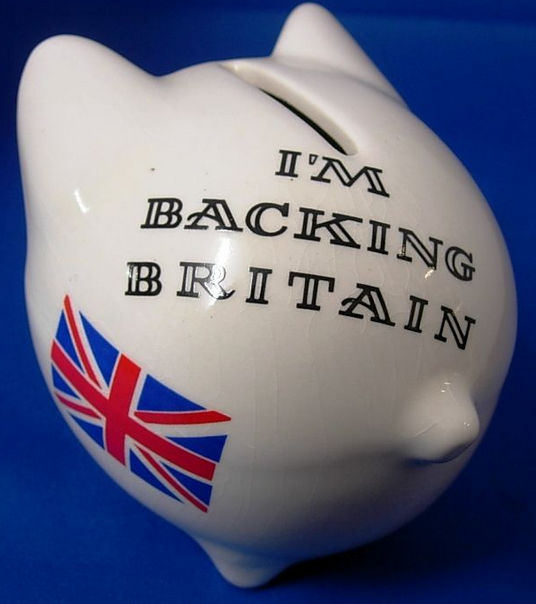 Early in the next decade, when we persuaded Europe we had prospects, we were rescued by the European Economic Community and the strikes and demonstrations eventually died down. Whether ultimately for our good or not, it rapidly changed the face of Britain for the better, bringing our standard of living up to the mark in countless ways and opening up opportunities which, as more and more countries joined and the EU was formed, gathered momentum and sent our demands and expectations sky-rocketing.

Do we have what it takes, I wonder, in the present circumstances, to strive for the Laureate's vision?

As for me, I'm eternally grateful to those generous folk, now passed on, who took me under the wing and enabled that first excursion to the Continent. It triggered new perspectives that were to change my future. 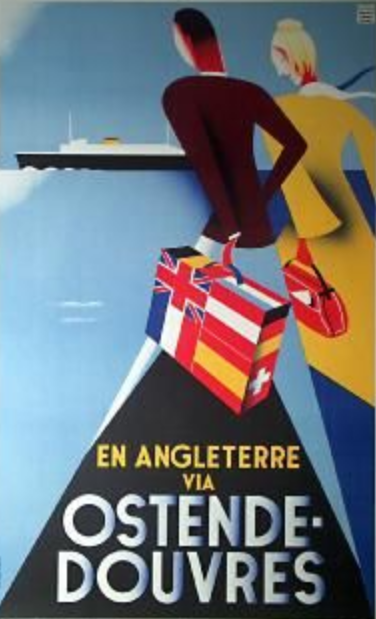