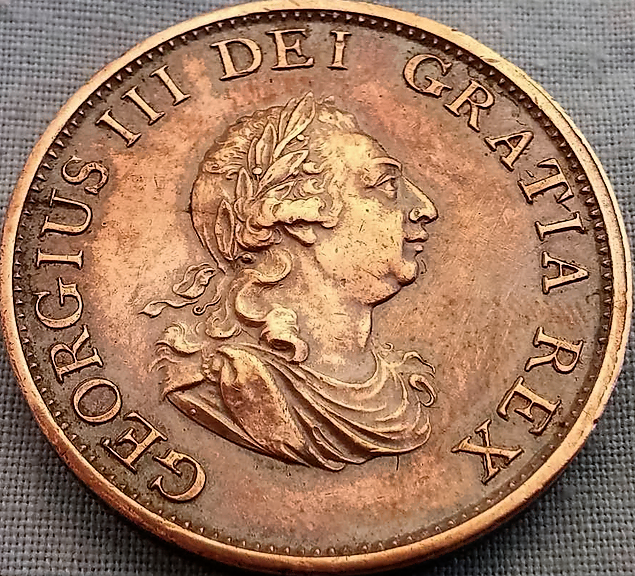 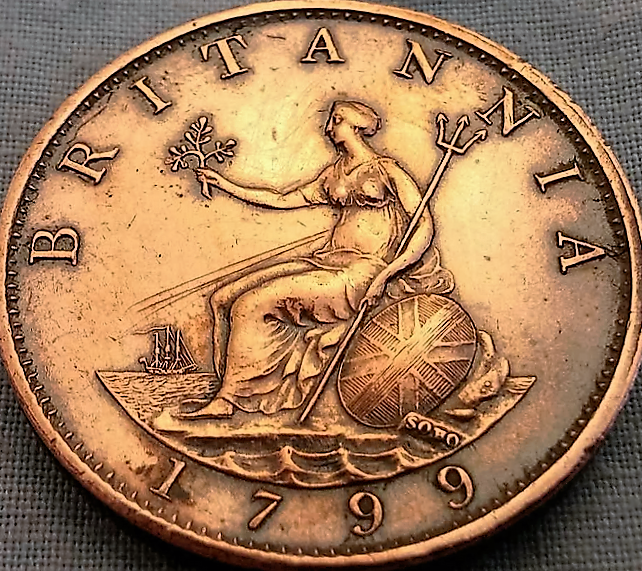 A dinner at Uxbridge House where Edward Jenner is discussed and Lord Berkeley is judiciously absent after the failure of the first House of Lords Inquiry into his eldest son's pedigree.

The King prorogued Parliament on the Glorious Twelfth of August and an informal dinner was held at Uxbridge House, a fine columned mansion in Burlington Gardens. Henry Paget, 1st Earl of Uxbridge, was a man of ripened years whose largesse and widespread interests were famed. This was an annual event for a cluster of male friends where the constraints upon conversation observed in mixed company were lifted. Fellows were apt to buzz off to their estates and one might not run into them for months. 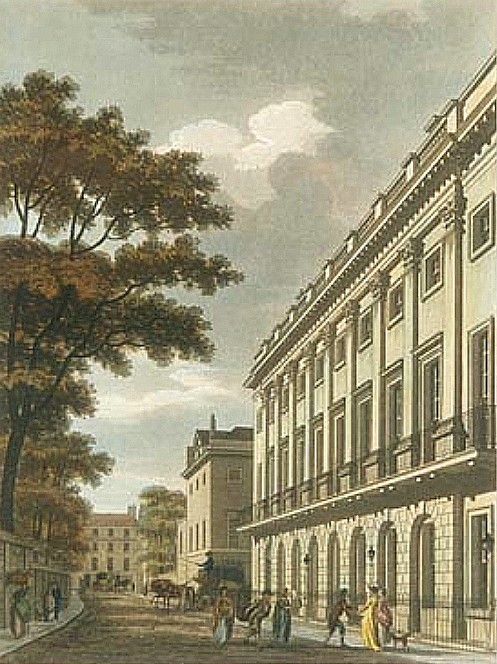 The lake-like surface of his table gave off soft reflections from Waterford chandeliers pendent above lily-pads of Queen’s Ware porcelain and candescent silverware. Among the guests were Prince William, Duke of Clarence, His Grace of Norfolk and ditto of Beaufort, the Earl of Egremont, Colonel McMahon of the Prince of Wales’ Household, Admiral Prescott and Colonel West, Samuel Lysons, Charles James Fox and the MP Philip Champion de Crespigny. Mr Champion de Crespigny had several days ago buried his son, Thomas, a victim of smallpox. (This bright young Advocate of Doctors’ Commons was he before whom Lord Berkeley had sworn his affidavit at the Surrey Commissariat before the Lambeth marriage.) The assembly offered condolences.
“A harrowing experience,” said Mr Fox.
The bereaved father shook his head sadly. “So pointless. Diamond-sharp brain. Everything before him.”
“Broadside cannonade!” submitted the Duke of Clarence. 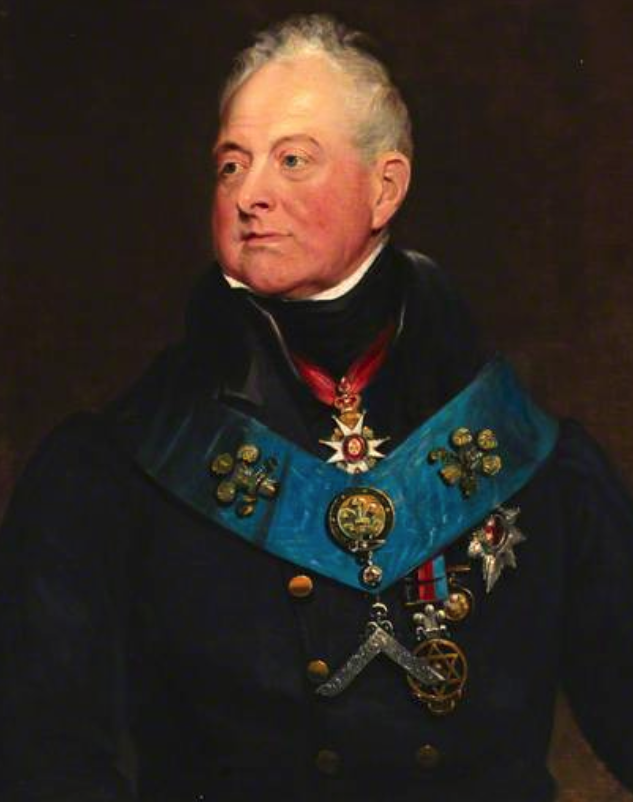 Thomas had married Augusta Charlotte Thelusson, a Huguenot of Swiss-French extraction, whose brother was a director of the Bank of England. “Poor Lottie is expecting their first child. Eighteen and a widow!”
“A virulent enemy, smallpox, against which we have little defence,” commented the Duke of Beaufort. “I take it he had received no inoculation?”
“No, your Grace. Thomas had always a fragile make-up. Feeling out of sorts, he’d gone down to Aldeburgh where he took a mortal fever.”
“Thank God for Dr Jenner who is giving us hope of a cure,” said Lysons.
“To my mind,” said Beaufort, “it is not sufficiently proven. William Woodville of the Smallpox Hospital appears to have followed Jenner’s method and succeeded in infecting hundreds of people with the disease!”
“I wonder that the same lancets should be used for variolation, when the cowpox lymph is taken, as for vaccination,” remarked Uxbridge. “It is also critical to rule out confusion between cowpox and the early stages of smallpox.”
Jenner’s findings had been fiercely slated by some who were jealous of his discoveries and by others who had adopted them without appreciating his disciplines. He concluded that lymph extracted from actual smallpox pustules could be dried and preserved in a glass or quill without losing its potency. 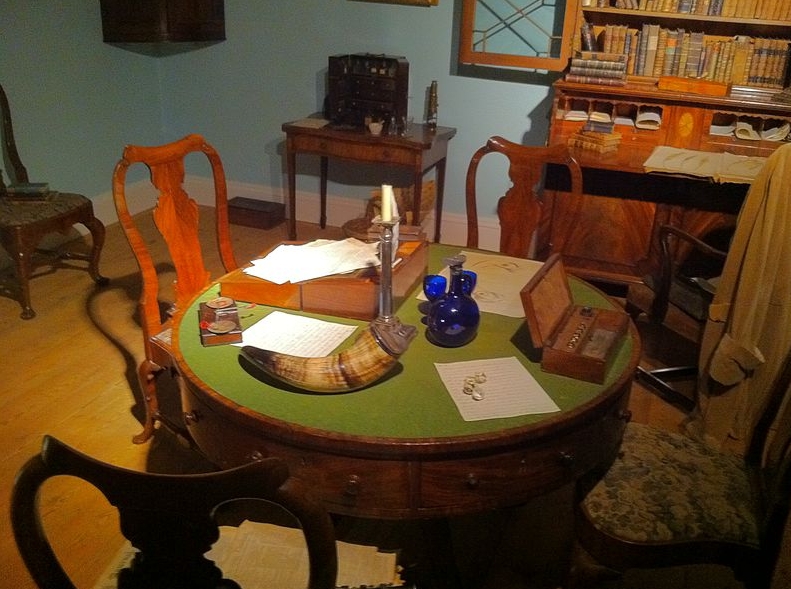 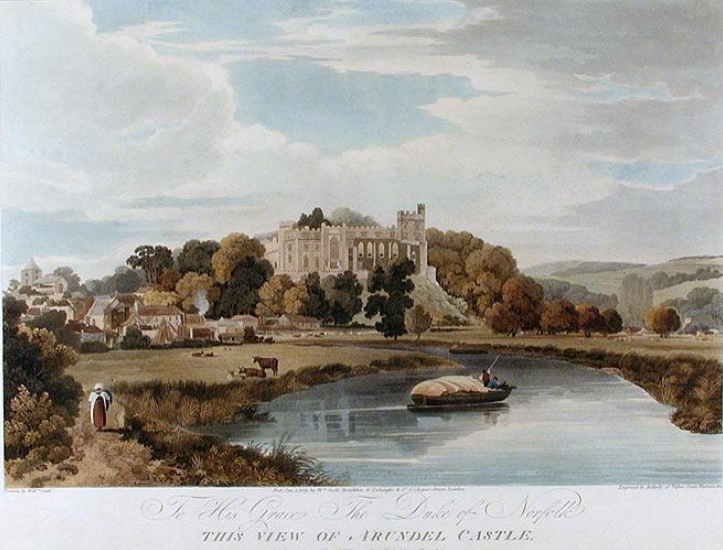 “The fellow is a true benefactor,” declared Norfolk. “Deuced if I don’t give a ball in his honour and raise a subscription for further research! You shall see how the new wing goes forward at Arundel.”
“Stupendous scheme!” endorsed Lord Egremont, Norfolk’s Sussex ‘neighbour’, a gentleman noted for his benevolence towards the local poor. “I have corresponded with Jenner for some time and not a more self-effacing being walks the earth.”
“The local people have every faith their hero,” Lysons said. “The Berkeleys were among the first to have their eldest sons vaccinated.” 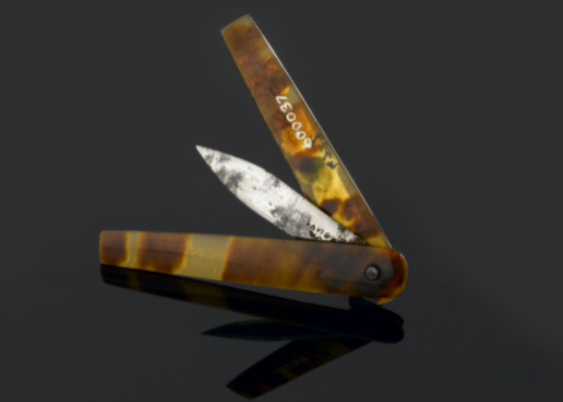 The chatter ebbed. The diners gave way to something like a corporate groan. “Where is he, by the way?” asked Fox, who was used to seeing Lord Berkeley under his host’s roof.
“Out of town if he has any sense,” murmured Norfolk, “which he don’t.”
“His lordship is down at Cranford for the shooting,” explained Uxbridge. “Keen to cull the best game himself. They’ve a deal of trouble with gangs of poachers.”
“Don’t he know how to set a gin-trap?” asked Colonel McMahon.
“He knows how to set the town by the ears,” chortled Clarence, sucking his white soup with gusto.
“Very handy with the barking-iron when it comes to highwaymen,” said Fox. “As soon shoot ‘em as look ‘em in the eye!”
“Berkeley’s in his natural element when courting danger,” said Norfolk.
“To speak the truth,” said Beaufort, “I find it irksome to sup with the man. If he expects us to believe that Canterbury tale of two marriages, he does himself a serious disfavour. What think you, Prescott?”
“What’s that, your Grace?” said Prescott, cupping his ear. “Berkeley? Ah yes, a most generous friend, but I am the last person to fathom the family tree.”
“His Royal Highness, the Prince of Wales,” said the Irish Colonel McMahon, “gained the impression that Berkeley plighted his troth about the same time as himself and Mrs Fitz.”
“What’s your opinion, West?” demanded Fox. “You know them inside out.”
“For years, I cherished the notion that the bond between them was sealed in some private way.”
“Most singular!” responded Beaufort. “Then you don’t think it moonshine?”
“If pressed, your Grace, I would have to say that knowledge of a second marriage did occasion doubt of the first.”
“Admiral Berkeley speaks highly of her,” said Clarence. “Avers she is every inch the lady. Lord knows what he thinks of his brother’s conduct.”
Prescott, having picked up the thread of the conversation, informed them: “I understand Lady Berkeley to have excellent connections. Her sister is the wife of Mr Charles Baring. Before that she was the widow of Thomas Heyward’s nephew. Her ladyship’s eldest sister is married to an American Judge.”
“You don’t say!” said Norfolk, sending forth an arc of spittle over the marzipan novelties. “And Berkeley has dubbed his mummer all this time!”
Samuel Lysons indulged in a secret smile, but ventured no comment.
“Smacks of Bluebeard’s castle,” said Lord Egremont who had a taste for the Gothic vogue. “A touch of the possessive case.”
“I don’t rate the eldest boy’s chances when he comes of age,” said Beaufort, an old rival of Berkeley’s in fielding Parliamentary candidates. “Or when his pater hops the twig, come to that!”
“He goes by the courtesy title,” Lysons told them, “but Gloucestershire folk are of the opinion the story will not stick.”
“I trust you will invite them to your ball, Duke,” said Uxbridge. “We can hardly celebrate Jenner’s work without them when his laboratory is in their cabbage patch!” 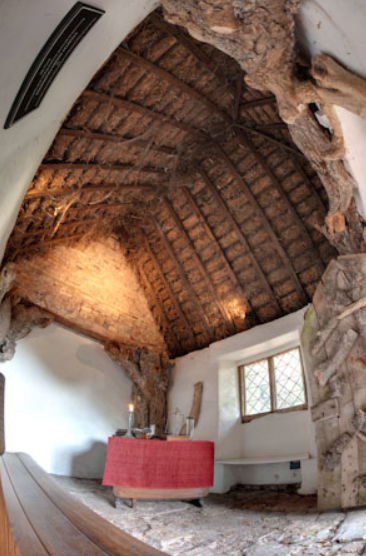 The 'Temple of Vaccinia' 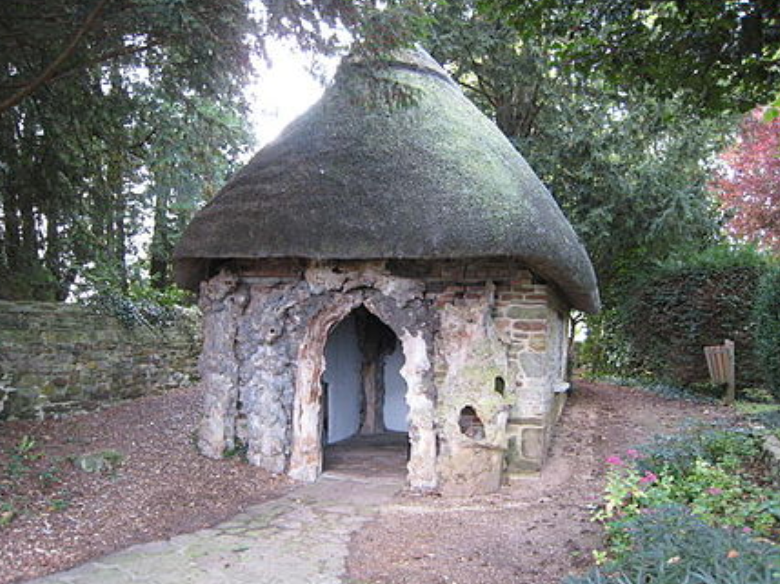 THE WOLF AND THE LAMB, First Book in the Berkeley Series