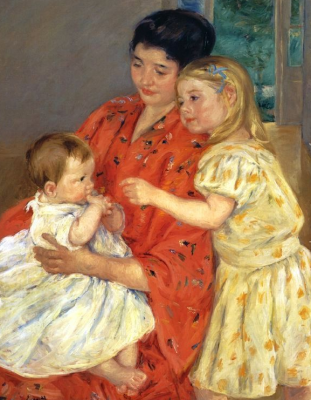 Today is Mothers Day in Britain, or more correctly, Mothering Sunday, the fourth Sunday in Lent. Since Easter is a Moveable Feast, the date is not fixed, but sometimes does fall close to Lady Day, or the Annunciation to the Blessed Virgin on March 25th. Before the schism with Rome in Tudor times, the whole of life revolved around the liturgical calendar which bound together all ranks of society and shades of belief and provided appropriate rituals for the expression of the whole spectrum of human emotions.

Centuries later, when that way of life had long withered on the vine, right up until a decade or two after WWII, along with the seasons and the phases of the moon, those festal days were still marked in ordinary diaries as a matter of course, though few were observed. Some hark back to time immemorial in one form or another. Pagans will point out that these events were 'hijacked' by Christianity rather than subsumed in a new enlightenment about the nature of God. 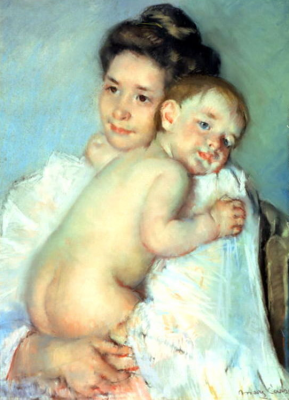 Mothering Sunday has no feminist charge. Traditionally, it was the day on which daughters who had gone into domestic service to relieve the burden on the family budget and increase their chances of meeting a spouse, were allowed home bearing gifts for their mothers. The gift of life itself was thereby honoured.

It's worth remarking that not all children are born to loving mothers, though the notion is an anathema striking at the very roots of our humanity. For them, I recommend the Rosary with its dynamic interior blessings. If approached with expectancy and an open mind, it will gradually wreak a change in perspective that is life-transforming. 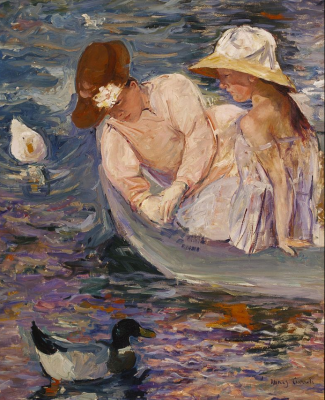 I have looked high and low for notable quotes about mothers and have found them largely impoverished, either conveyed in platitudes and fluffy jokes, or else wreathed in an idealism and mystique that hints at our fumbling search for Mary, the New Eve and essence of motherhood. Such 'wisdom' subscribes very little to the arduous, if noble, struggle of trial and error that is a common reality amid the joys and delights. The quote lending a title to this post is one coined by widely-loved American blogger, Robert Brault, and couches a thought which, when examined, is quite profound and echoes the Hail Mary:

'Perhaps we are given a mother that we might take into death the memory of a lullaby.'

God bless all mothers today. May they and their children find their way, linked by a bond which hallows the positive. 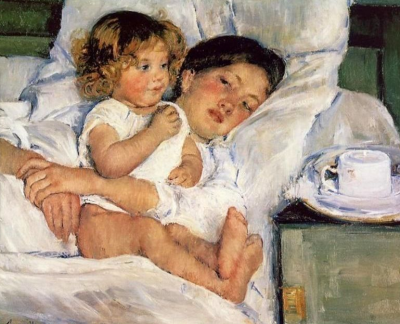 In celebration of the theme, these paintings are from the wonderful Pennsylvania-born artist of the 19th Century, Mary Cassatt, a friend of Degas.

'I used to go and flatten my nose against that window and absorb all I could of his art," she once wrote to a friend. "It changed my life. I saw art then as I wanted to see it.'

As a woman, she held her corner among the male-dominated artistic establishment of her day, and defied her father in order to study in Paris. He claimed he would rather see her dead than a Bohemian in that city. Thanks to her conviction and persistence, she was able to bring to the attention of the world a powerful feminine narrative that is fresh, subtle and mesmerising. 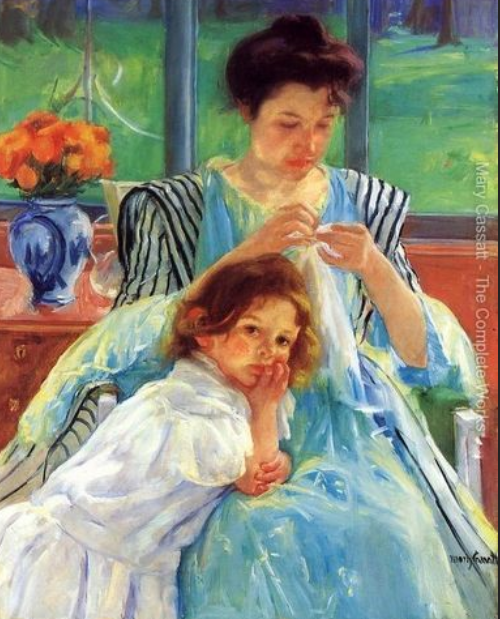 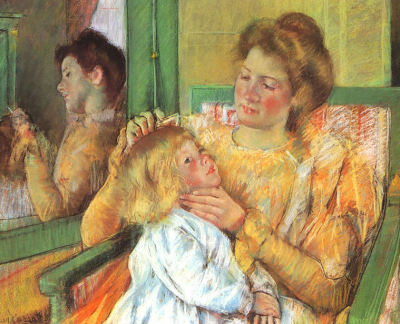 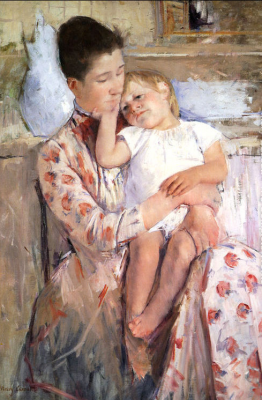 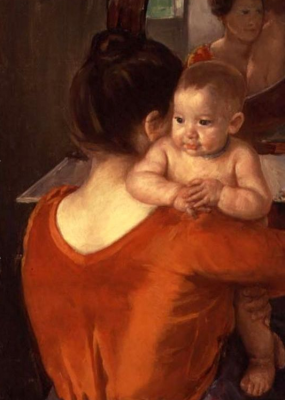 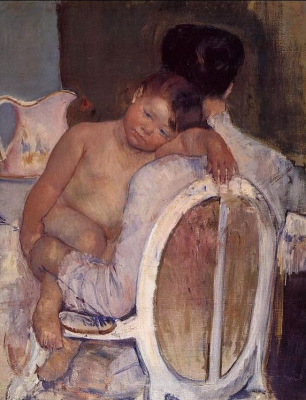 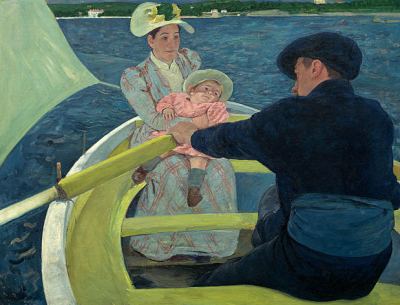 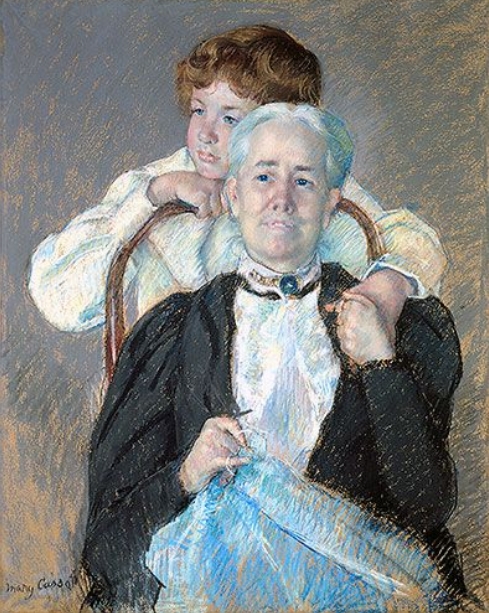