It is the life of the crystal, the architect of the flake, the fire of the frost, the soul of the sunbeam. This crisp winter air is full of it. 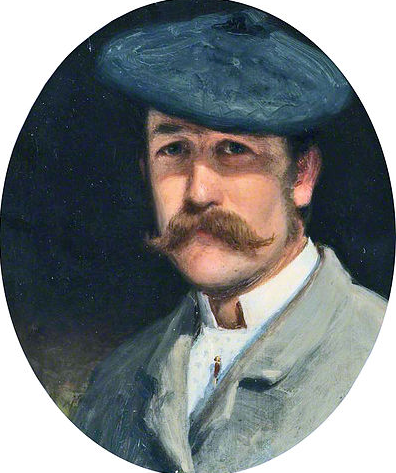 A post in honour of Joseph Farquharson (1846 - 1935) Scottish landscape painter and Laird of Finzean, Aberdeenshire, who was inspired by the poetry of Robert Burns. Educated in Edinburgh, Joseph showed an aptitude for art, but was permitted to paint only on Saturdays by his father, Francis,  a doctor who allowed him the use of his paints. At the age of twelve, the boy was given his own paintbox and only a year later was exhibiting at the Royal Scottish Academy. He painted in both oils and watercolours and went on to become acclaimed in London and Paris, and to travel in North Africa and Egypt.

Joseph would scarcely have expected ever to inherit the family estate since he had four elder brothers who, tragically, all died at different stages of living. His mother, an Ainslie and celebrated beauty, also met an untimely death, and in due course, his father married a much younger woman.

In 1918, on the death of his brother, Robert, a doctor and MP for West Aberdeenshire, Joseph became Laird of the Highland seat he loved with a passion, in whose environs he frequently painted en plein air. To achieve this in the harsh Scottish winters, he adapted a shepherd's wheeled hut which was equipped with a stove and large window for viewing the countryside.

The social gatherings at Finzean were legendary, since the Laird loved company as well as solitude. In his vintage years, as his horizons drew in, he was content to spend summers capturing the radiant life of flowers in forgotten corners of his garden. His days as 'Frozen Mutton Farquharson' were a thing of the past. 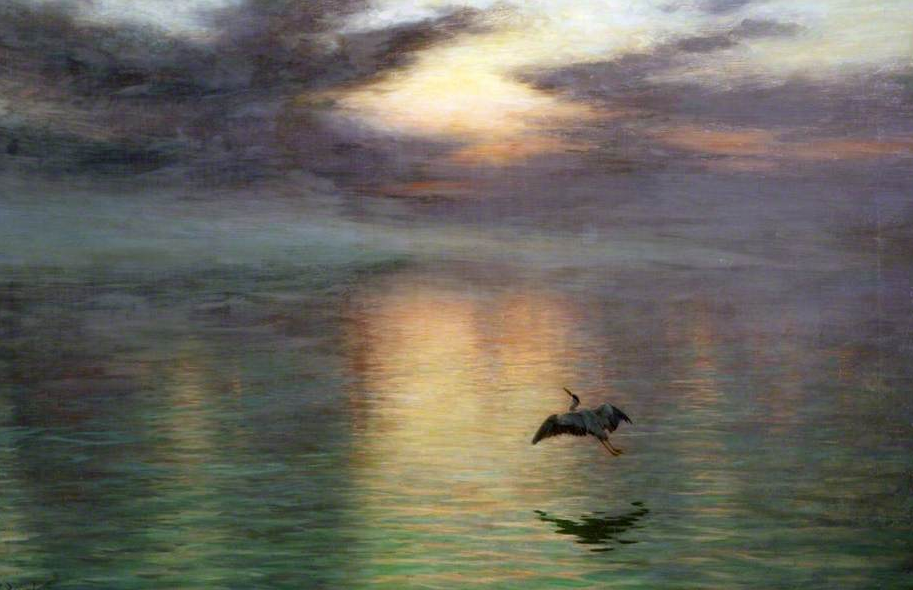 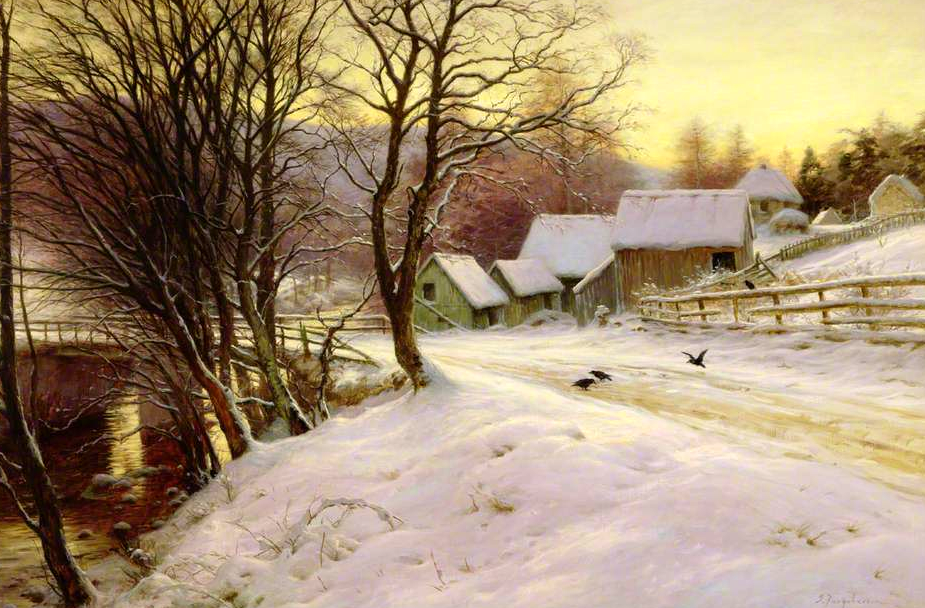 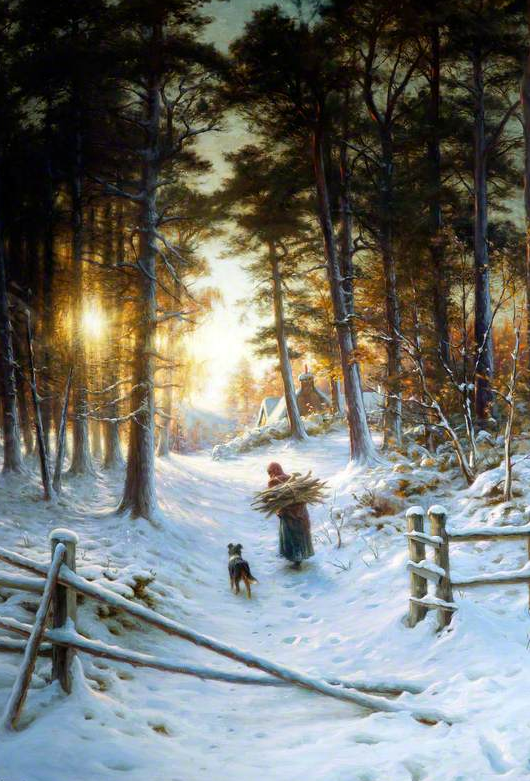 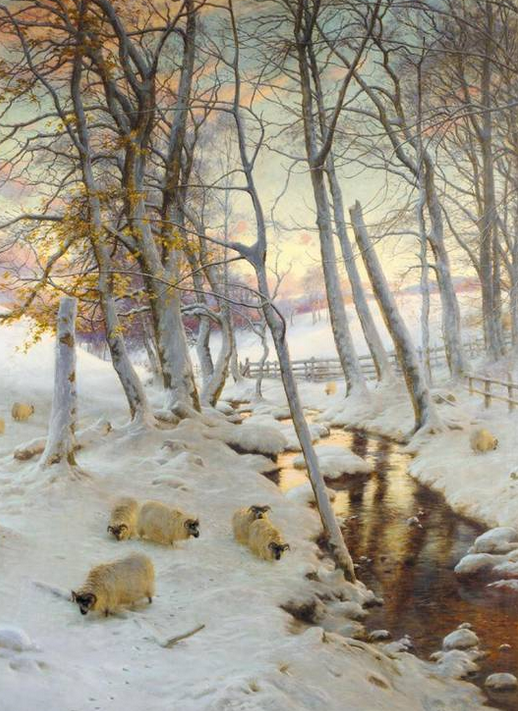 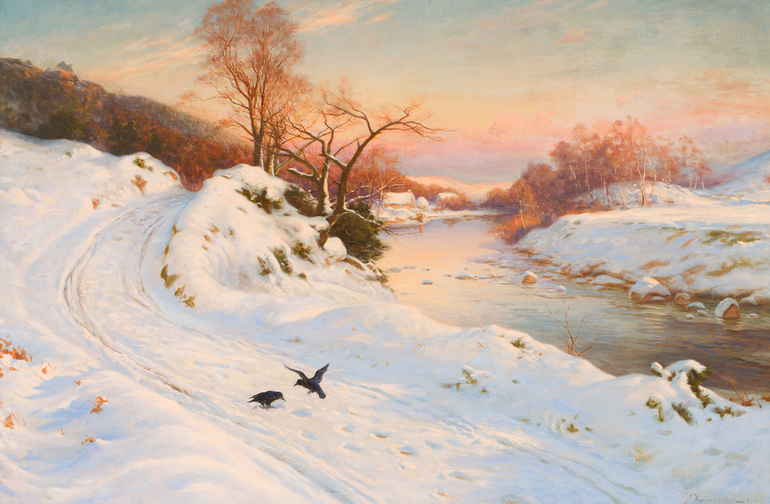 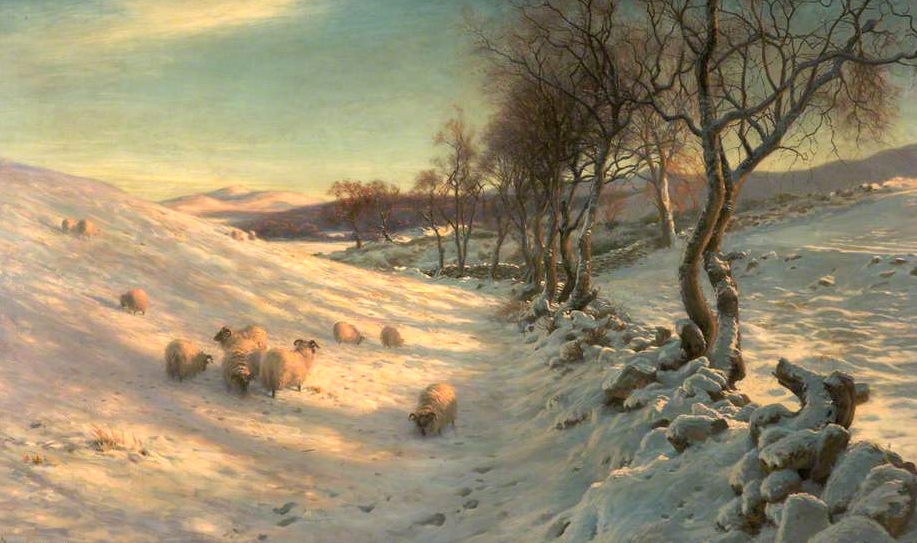 Brave lads have gone out to rout the design
of marauders who scorn Scotland's past
its legends and lore
that swell the heart's core
with pride when they're called to Stand Fast!

Oh, joyless the blizzard that hones winter's blade
and wakes ghosts of the gone from their sleep
below leaden skies
despite the snow's rise
the shepherd keeps faith with the sheep

For winter's the season that gave our bard birth
romancing the rose and love lost
and divine are the glints
that inspire rainbow hints
kindling the fire of the frost! 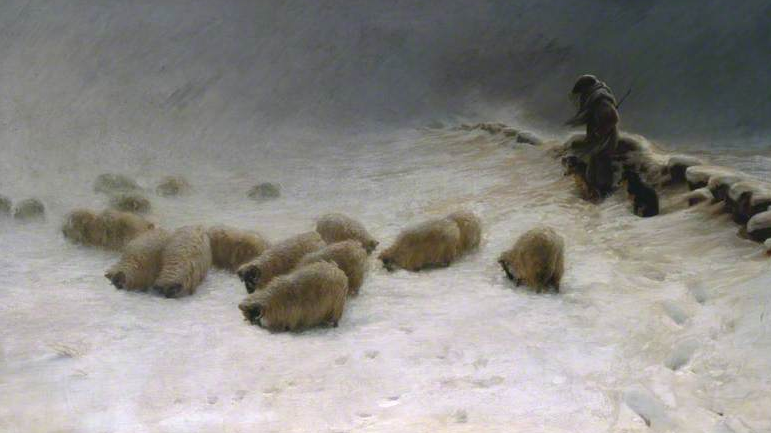 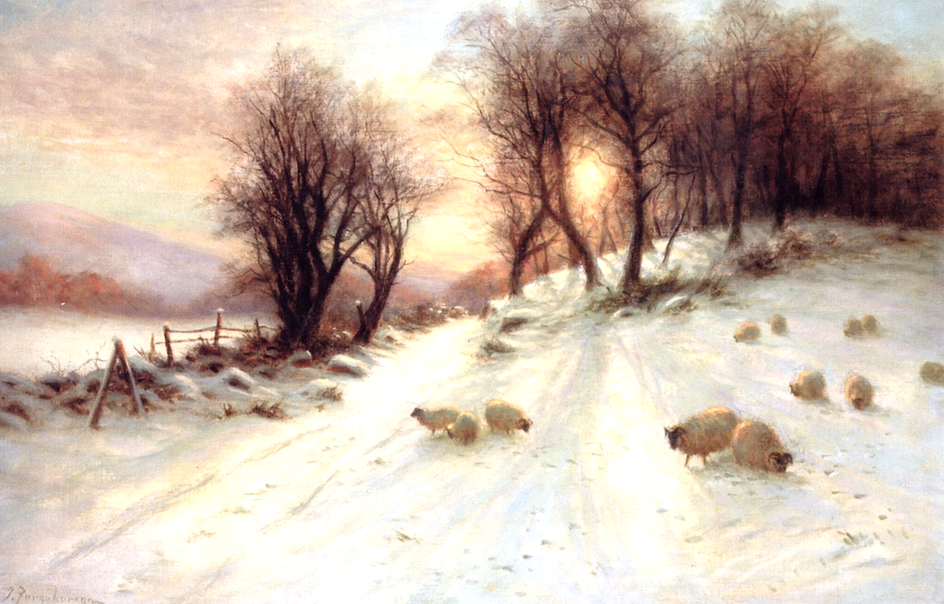 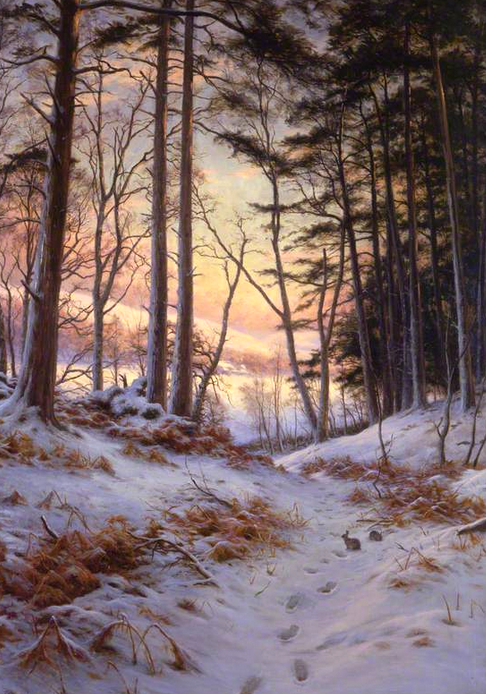 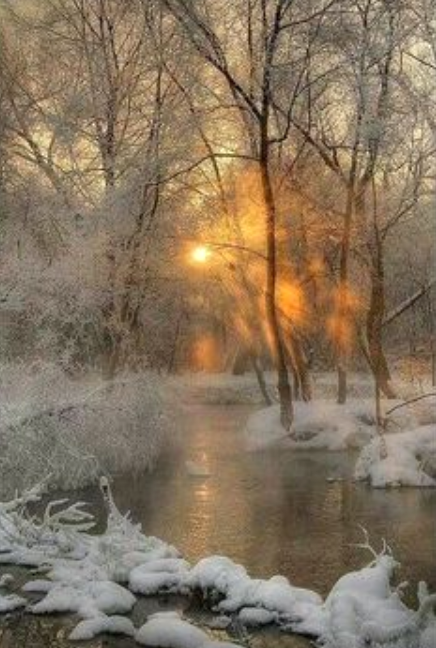 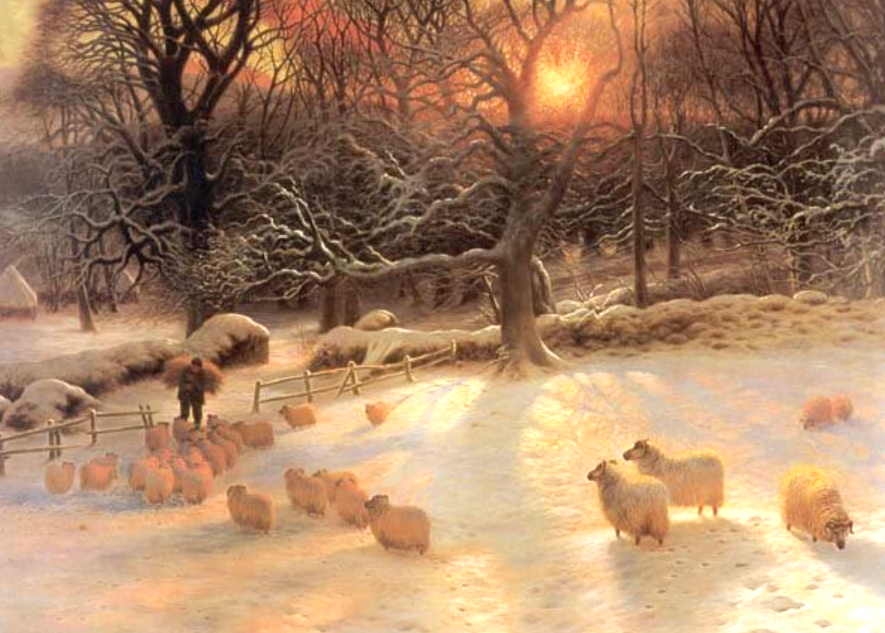 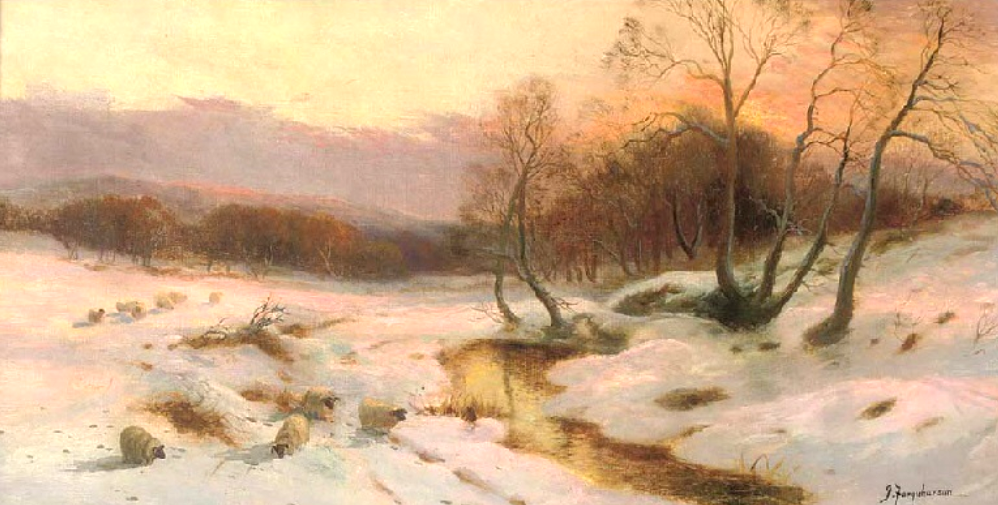 *In the Scottish idiom, the meaning of 'greeting' is 'lamenting'.

From Mysteries of Light 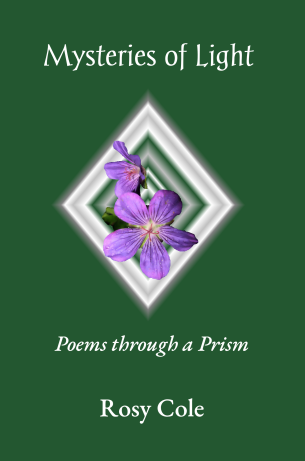