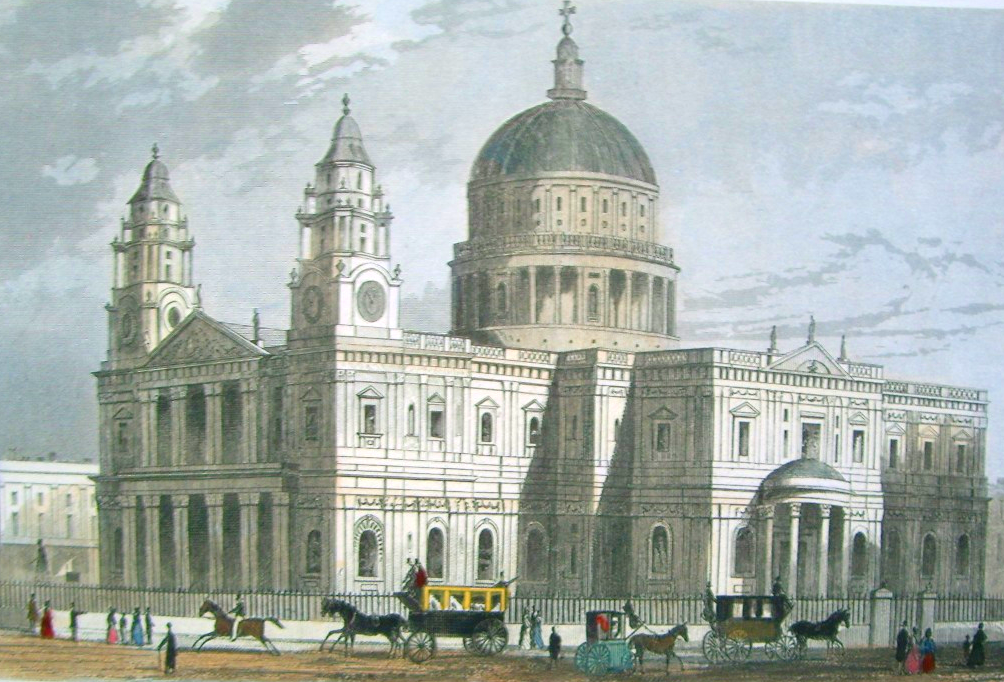 Monday, August 1st, 1814 dawned with fingers of pale light chasing away the mist. The sun gathered gold as it rose behind leafy boughs and made the grass a twinkling carpet of gems. It dazzled the panes of town house and tavern and tinselled the finials of St. Mary-le-Bow. Like a great giant, the city stirred from slumber. Early riders emerged for a brisk canter along the Row. Trademen’s carts and wagons went trundling along the streets to set up stalls in the Parks. Beggars shuffled, rheumy-eyed, out of alleys, wincing against the cruel daylight; drunkards lolled in doorways. There had been much carousing the previous night. Some were glad of a respite from their labour and some a respite from the lack of it.

And then the bells commenced, swinging and cartwheeling high in their towers. First, St. Paul’s Cathedral and then Westminster Abbey. St. Clement Danes took up the theme, then St. George’s, St. John’s, St. Martin-in-the-Fields, and all the beautiful wedding-cake churches of London pealed in joyous dissonance.

“Hark! Oh, do listen!” cried Fiona, stumbling towards the window and gazing upwards as if the sound emanated from the very heavens. “Is it not wonderful to be alive, Nell?”

Nell, Lady Diana’s personal maid, was left stroking thin air with the silver-backed brush. She had attended to her mistress and was in the frustrating process of trying to achieve a Psyche knot on the daughter’s bushy hair. When Kate entered, Fiona hastened to embrace her.

“Peace, Kate! You and I have known nothing but our country at war. Thank God for Wellington who has ground the enemy under his heel!”

“Aye, long live the Duke of Wellington,” Nell endorsed. “The Czar of Russia, too, and all the brave lads who helped ‘em lick Boney. Our Jack died, God rest his soul, at Austerlitz, with a sabre in his belly, so they said. He was a fine man, my brother, with shoulders as broad as a lion and muscles like vices. He were a match for Tom Cribb any day of the week.”

“The carriage will be at the door in fifteen minutes,” Lady Diana called from below. “Don’t keep your father waiting, Fiona!”

“But I am only half-coiffed and neither perfumed nor shod!” wailed her daughter. “I think I shall take my Paisley shawl.”

Five minutes later they heard the baronet pounding up the stairs. The female chatter subsided as his great bulk filled the doorway. Nell dropped a curtsy and fled.

“Papa, I thank you, but I do not require to be carried downstairs. I am perfectly strong today. Look, I shall take Kate’s arm and you shall see how ably I contrive.”

“That’s my lass! What say you, Miss Hanslope?”

“She has her father’s spirit, eh?”

Kate smiled and tilted her head a fraction in a refined gesture of assent. By Jove, thought the baronet, his eye fixing hers warmly, she has the presence of a woman twice her age, one used to moving in exalted circles at that. There’d be better fry than young Grey trailing at her heels before long, dowry or not. He slapped his thigh resolutely. “Remind me, Miss Hanslope, to speak with you soon about your remuneration. I believe we may have arranged things a trifle on the…er...lean side.” 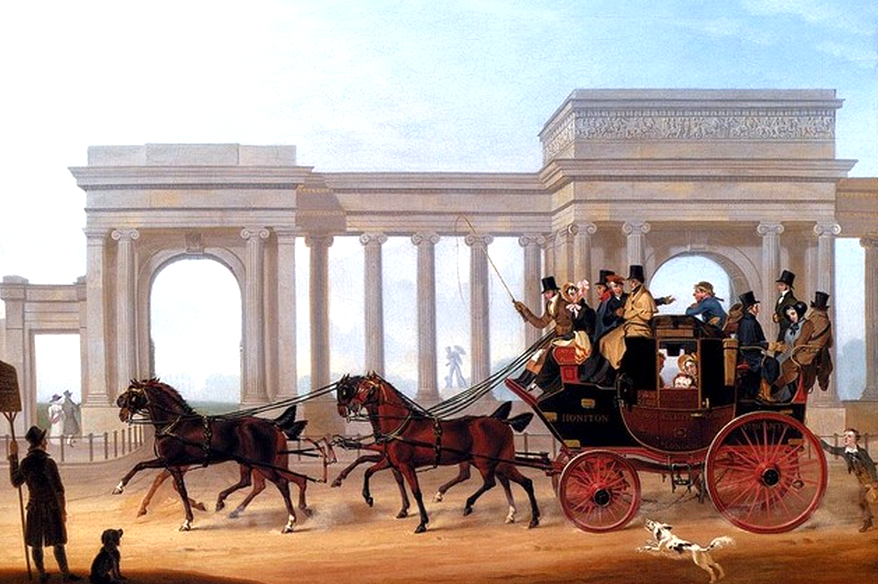 All the world and his wife were making for the Royal Parks that morning. Piccadilly and Park Lane were blocked with vehicles. By the time they reached Hyde Park, a shower had begun to dampen everyone’s enthusiasm. Nevertheless, Fiona fairly skipped down from the carriage to inhale the rain-scented air. “Why, I do believe that’s Mr Grey!” she cried.

The figure hovering beneath a cedar tree just inside the entrance advanced towards them with a somewhat contrite grin and swept off his hat. “Ladies! Sir George! How pleasant this is!”

“You’re welcome to join us, Grey, if you’ve a mind,” the baronet informed him magnanimously. “And I’ll wager a pony you have! I could do with some support! Fancy a spot of faro in one of the booths, later?”

“Wise fellow. But one needs some remission from duty. The prospect of playing escort to a gaggle of women for the rest of the day is not one to be viewed with unmixed delight!”

“Mrs Butterfield has packed a feast of a picnic,” Fiona said.

“Say no more, Miss Fiona. I need no further persuasion.”

“I misdoubt you ever did,” came the arch rejoinder as Fiona glanced meaningfully at her companion. Kate was tracing imaginary patterns on the ground with the ferrule of her parasol.

She was amused that he should address her so formally in the presence of her employer. “I was simply reflecting, Mr Grey, what a coincidence it was that we should run into you.”

Lady Diana claimed her husband’s arm and the two of them walked ahead, out of earshot.

“Not entirely accidental, I own.”

“I took the liberty of making discreet enquiries of the good Butterfield when Sir George summoned me to South Audley Street yesterday.”

“And I knew! I knew!” Fiona chimed in. “You can wheedle anything out of old Butterface if you know how!” 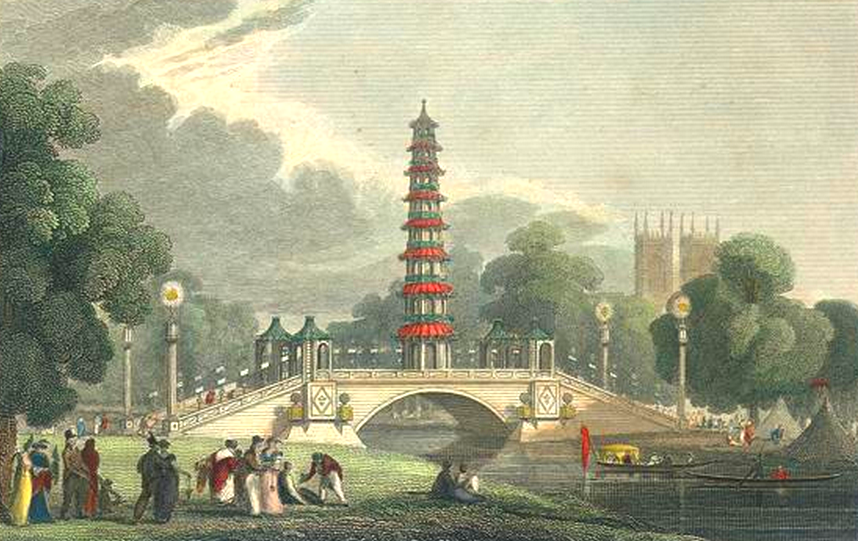 Presently they joined the crowd assembled to watch the battle-in-miniature on the Serpentine. The action took place between puffs of dense blue smoke, showers of sparks and volleys from the numerous toy cannon. A three-decker frigate burst into flames and yielded gracefully to the deep, whilst sailors in shirt sleeves floundered around in the water. The poor swans screeched and flapped their great wings, taking off for more peaceful preserves. No one was in the least danger of forgetting that this was Hyde Park and not the land of the ancient pharaohs. Despite the gloomy predictions of the Press, the people were well-behaved and not at all inclined to insurrection. The balloon ascent staged in front of Buckingham House went off without a hitch. The bloated orb sporting royal crests lifted off its platform and sailed upwards into a firmament by now of Dresden blue.

As the day wore on and the sun slipped into a carmine tide, the sky turned a twilight indigo, making a perfect backdrop for the clusters of rockets which gushed up, shimmered into brilliance, trembled and expired over the streets of Westminster. “I wouldn’t have missed this for anything on earth!” Fiona cried.

Moments later, there was a deafening blast and the Castle of Discord, a fortress made of canvas and wood, disintegrated. The jabbering, smutty-faced Frenchmen overrunning its battlements were thrown into confusion. No one could discern what was happening behind the murky veil of smoke until, suddenly, it thinned and the Temple of Peace, blazing with lamps all the colours of the spectrum, illumined the night. Springs spurted from the throats of carved lions into golden basins. It was breathtaking. The crowds were in raptures. The Royal Standard was raised high and a detachment of Foot Guards gave three jubilant cheers.

The Corsican Monster was bound for ever on the Isle of Elba. 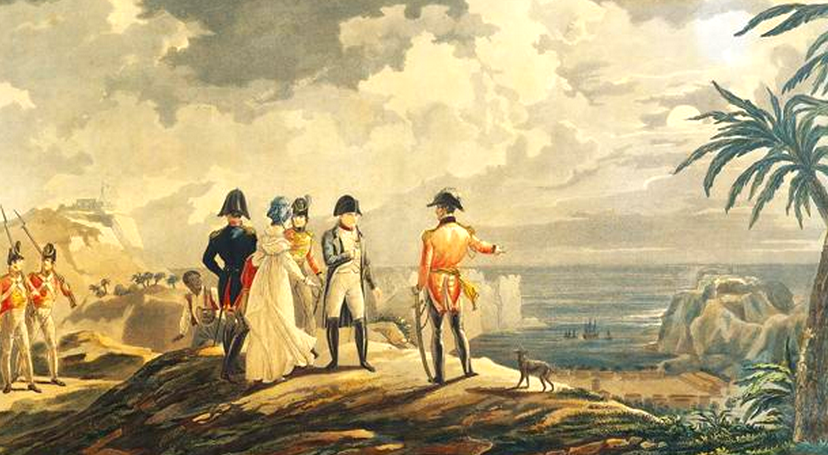