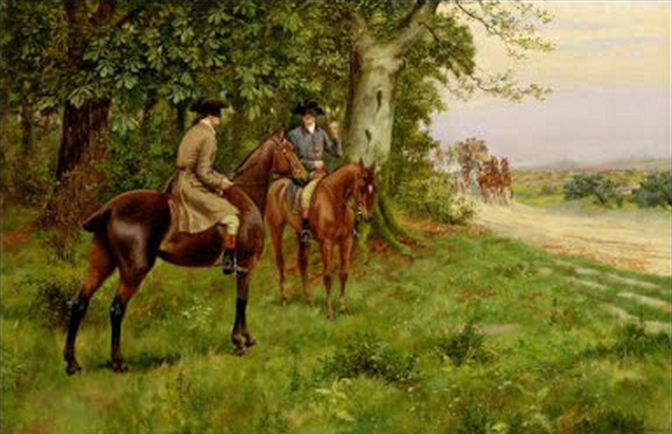 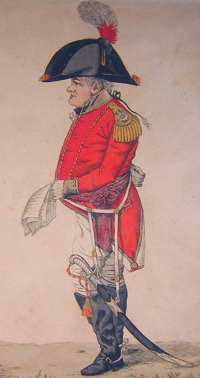 Frederick Augustus, 5th Earl of Berkeley, subject of the infamous Berkeley Peerage Trial of the early nineteenth century, was born in 1745 during the reign of George II. The Jacobite Rising was a last ditch attempt to restore Stuart rule, only to come to grief the following year at Culloden. It had been a long farewell, but farewell it was. New horizons beckoned. The civilised world was on the crest of Enlightenment in the arts and sciences and a new creative energy abounded. 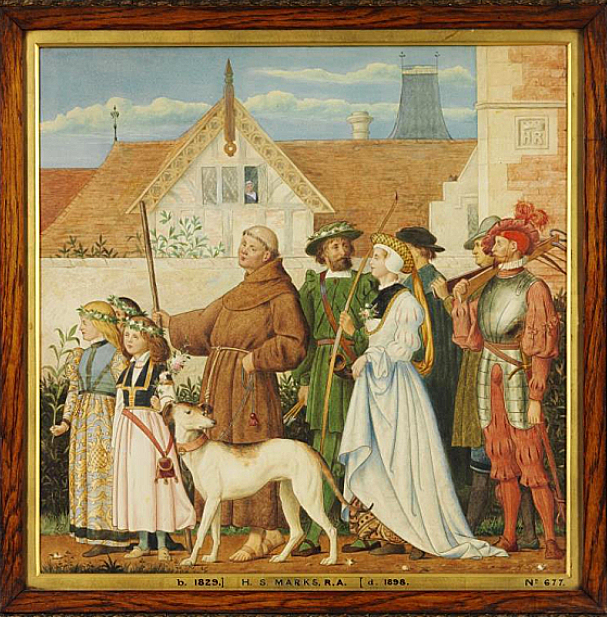 Fred was born in the month of Maying and something of a May Day air lingered about his psyche. The public imagination was as equally fired by pastoral antiquity -  scenes featuring placid shepherdesses beguiled by lovers playing flutes and panpipes amid flocks that roamed Arcadian plains - as by the tumbling, decadent grotesquery of Hogarth's art. Two themes vied in the collective unconscious, the longing for a way of being inspired by an innocent ideal and a revelling in adventures of the human senses now that the departure from Catholicism was taking wholesale effect and fire and brimstone were forgotten. Despite the Berkeley Family Motto Dieu Avec Nous, the Deity did not figure in any of Fred's plans and, in fact, was shunned with some energy.

As a child, Fred was hopelessly indulged by his widowed mother and proved difficult to tame. Constantly on the lookout for distraction, he was intrigued by all that was cutting edge in culture and invention and delighted in the vagaries of the Grand Tour. In 1766, he was appointed Lord Lieutenant of Gloucestershire, High Steward of Gloucester, Constable of St Briavels and Warden of the Forest of Dean. But, apart from his philandering, his energies were chiefly vested in sports pursuits, at which he excelled. He came to be known for his physical (if not moral!) courage.

The biographer and Liberal politician, George W. E. Russell, tells of an encounter with a highwayman in which Berkeley's fierce bravery displayed a ruthless streak.

He had always declared that any one might without disgrace be overcome by superior numbers, but that he would never surrender to a single highwayman. As he was crossing Hounslow Heath one night, on his way from Berkeley Castle to London, his travelling carriage was stopped by a man on horseback, who put his head in at the window and said, ‘I believe you are Lord Berkeley?’ ‘I am.’ ‘I believe you have always boasted that you would never surrender to a single highwayman?’ ‘I have.’ ‘Well,’ presenting a pistol, ‘I am a single highwayman, and I say, “Your money or your life.” ‘You cowardly dog,’ said Lord Berkeley, ‘do you think I can’t see your confederate skulking behind you?’ The highwayman, who was really alone, looked hurriedly around, and Lord Berkeley shot him through the head.

To kill a 'gentleman of the road' in cold blood was considered unsporting and the tale did as much to darken Berkeley's reputation among many of his peers, as his womanising did among the parents of daughters eligible for marriage. That matter wasn't helped when he boasted that no one would ever persuade him to take on that yoke. Like his boon companion, the young Prince of Wales, he determined to remain heart-whole and a bachelor. The resolution was to make a lifelong fool of him. 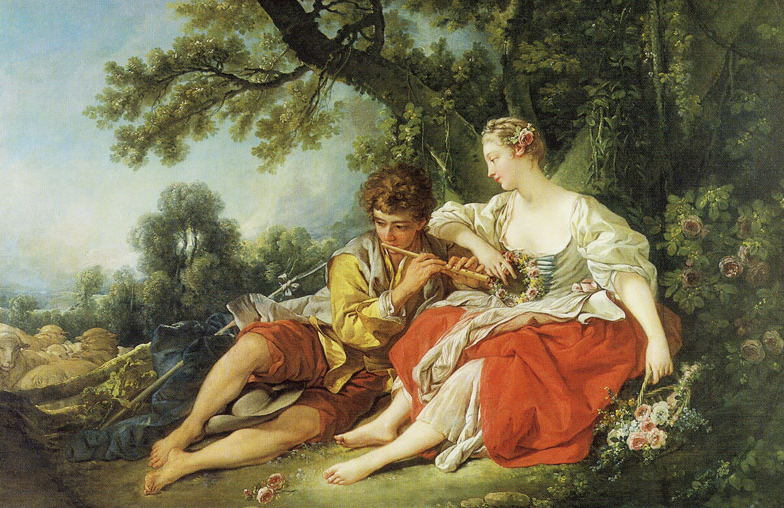 The paintings below, depicting the Five Senses are by French artist, Philippe Mercier, the son of a Huguenot tapestry-worker. He emigrated to England during the reign of George I and became painter and librarian to the Hanoverian Court.

It is worth noting that all the subjects in these groups appear to be focused on some inner reality. Unintentionally, perhaps, they are role-playing. Certainly, Lord Berkeley moved in a solipsist world and was renowned for his exploitation of the physical senses. His plans were calculated accordingly.

The extracts beneath the images are from the Berkeley Series. 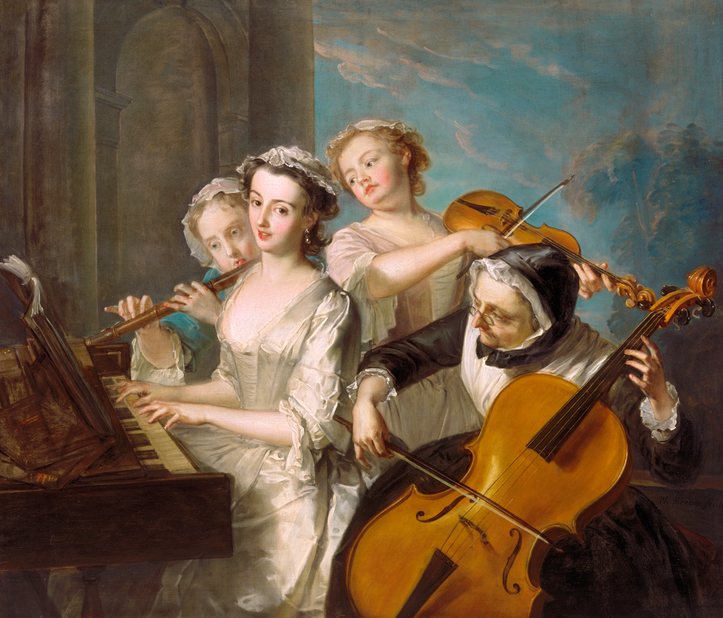 'Fred preferred not to tax his brain at all with speculation upon the future, but to abandon himself, with a sublime singleness of heart, to the pursuit of pleasure. His days were spent hunting stag and fox, or trying to recoup a dwindling fortune in the Clubs of St. James’s, and his nights in hunting daughters of the demi-monde and other fair damsels reckless enough to cross his path. Upon the violoncello, he displayed a rare talent, which he seldom indulged save in the most dilettante fashion, scraping away with the best of them in the band of the South Gloucestershire Militia of which he was Colonel-in-Chief.' 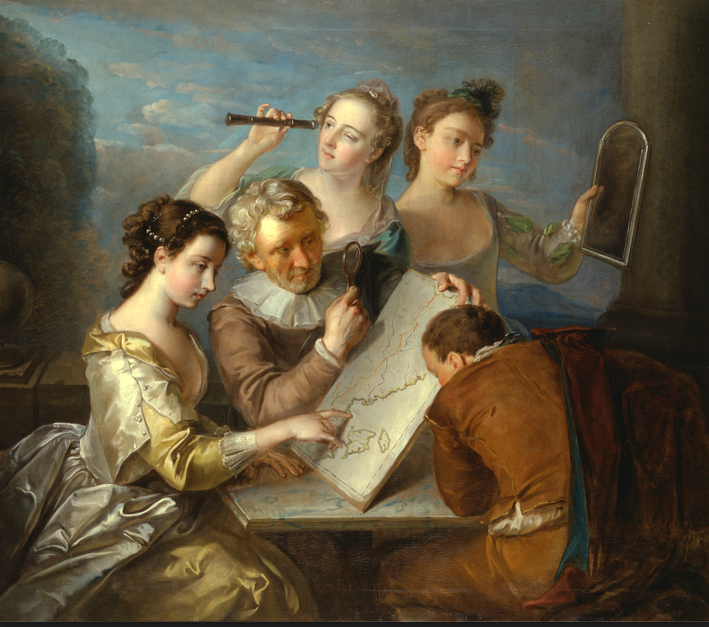 'One misty November afternoon when the merest wafer of sun had vanished and the rhythmic click of the crib on the bare floor had lulled both the nursery’s occupants to sleep, Mary moved to the window embrasure to take up her sewing. A pile of her brother-in-law’s shirts awaited her and many of the buttonholes begged repair which was a particularly wearisome task. Lifting her needle to the light and threading it, she chanced to glance down into the street and there espied the familiar clique of officers, stunningly bright among the drab cloaks and broadcloth of Gloucester’s bustling citizens. To her astonishment, she saw that they were all gazing up at her window in demonstrable amusement. The highest-ranking, who had an air of diffident heroism about him, stepped forward and kissed his hand to her, doffing his hat in a sweeping bow. His build, fairly tall but inclined to portliness, was not that of some courtly swain accustomed to overblown manners, so that he appeared a trifle ludicrous. Perhaps it was because of this that Mary felt peculiarly touched. Her whole being blushed and she shrank, with a vague gesture of acknowledgement, from the panes.' 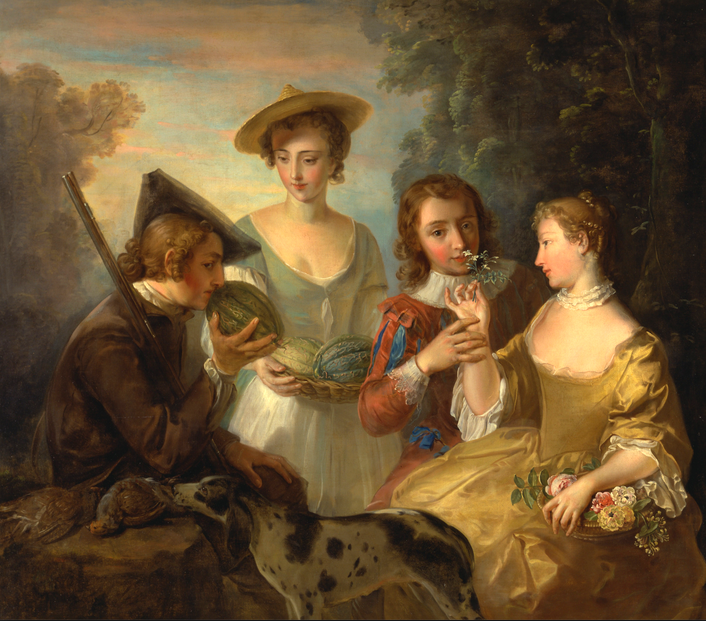 'Next morning Chapeau went shooting with Lord Berkeley who displayed none of his usual ebullience. Sunlight dazzled the woods rich with the Renaissance tints of autumn and pungent with damp bracken and outcrops of fungi. Riding through a coppice, the pointers sniffing scents in the undergrowth, his companion remarked: “You are not in spirits today, I think, my lord.”

“Then a good day’s sport is the best restorative.”

“There is none for my problem, Chapeau. I’m always depressed when I think of an old schoolfellow nicknamed ‘Smith’. He was the son of the Duke of Dorset, born out of wedlock, and I loved him exceedingly. He drank himself to death because he was disappointed in the title. I attended him all through his illness. Believe me, my children shall never experience such villainy through my means.”' 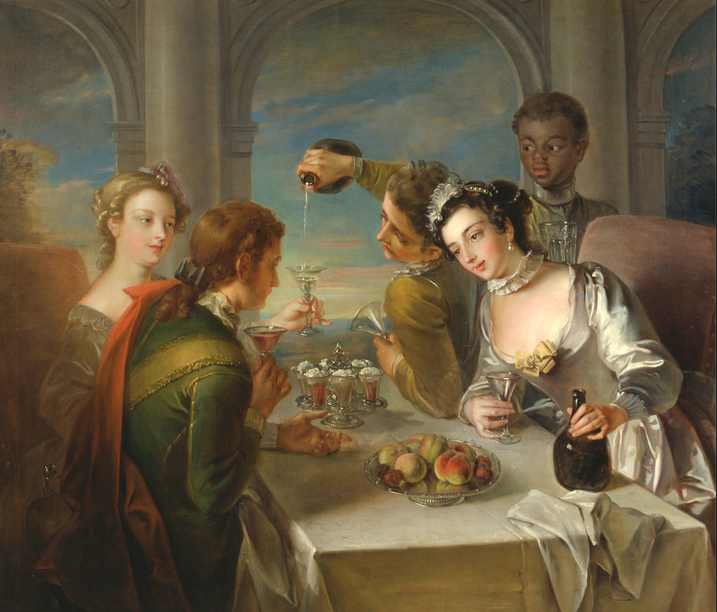 'Supper was a lavish array of cold delicacies. Mary marvelled that her sister’s fortune ran to providing such a table. Laid out were pheasants and partridges, quails’ eggs in pâté, frosted fruits, mince pies and table creams. They were waited on by John Gwinnett and Soubise, the young slave of ten or eleven who had travelled down to Gloucester with Susan last summer. His rolling eyes, black as molasses, remembered another culture, the tattoo of rituals more potent than the posturings of European civilisation.

The evening, nevertheless, was not a success. The champagne punch and the converse quickly went flat. Sir Thomas drank enough to sink a man-o’-war and, lamenting the death of the great lexicographer, Dr Samuel Johnson, whose society he had frequently enjoyed at The Mitre Tavern, fell under the sofa where the company left him to snore prodigiously.' 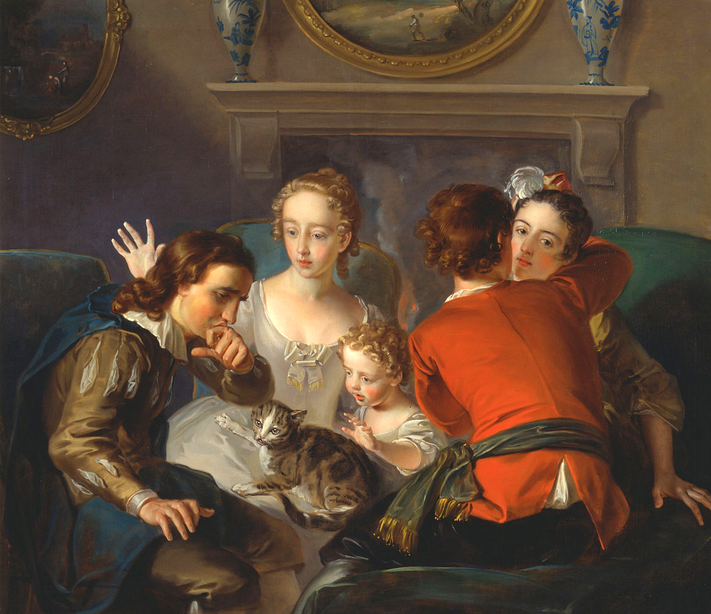 'He had purchased a most exquisite cameo for her that day, an ivory relief of the head of Aphrodite mounted on lapis lazuli. She had left it on the pier-table when dinner was served and, afterwards, he caught her running her fingers over it in tentative appreciation. Stealing up behind her, he lay his hand over hers, making the fingers interlock. He was pressing gentle, heated kisses against her nape.

“Say you’ll not banish me to Grafton Street tonight.”

“Send Harriet away, I beg. Tell her no warming-pan will be needed!”

The next minute, Mary was caught up in a lavish embrace that fetched up a wild confusion of feelings such as she had not dreamt of. Whilst her head protested the wickedness of treading this path, her heart wanted to claim the comfort of intimacy with another human being. How nicely-judged was the tenderness of this blundering good-for-nothing, after what had gone before, when she so yearned for a kind soul to field all the trapped grief. Despite her straitlaced ideas, she was not proof against the stealth of nature. The fear drained out of her, the iron melted.

“Oh dear, what is to become of me?” she whispered as the hold finally loosened.

“Polly, my darling,” Berkeley said in a tone rich with discovery. “I do not think you require instruction in the arts of the paramour. To be yourself is enough.”

For the first time ever, she was aware of the hand of destiny leading her where she would not go. It was goodbye to bread and dripping and the sweet meadows of childhood.' 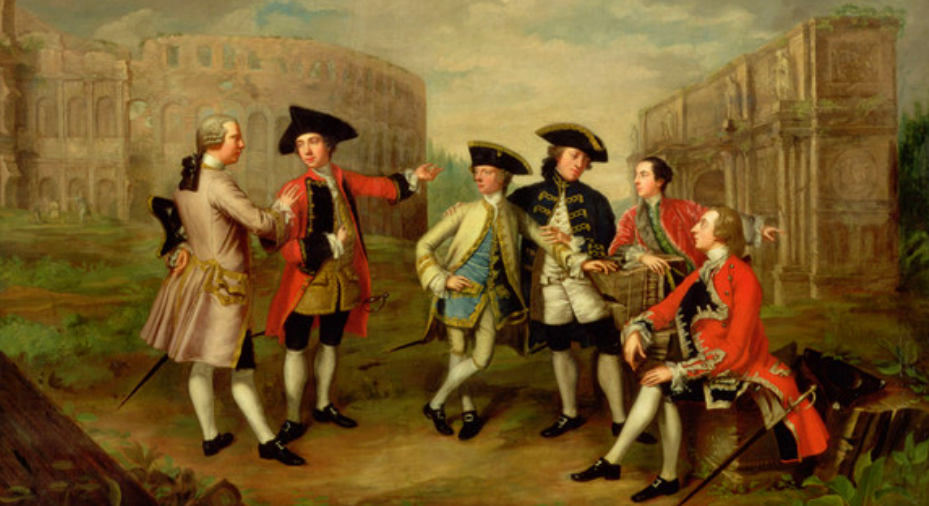