Poetry collection reflecting on the interplay of light and shadow, both literal and figurative, visual and spiritual, and how perception may be modified, expanded and recreated in the process. Enlightenment may obfuscate and shadow prove the sculptor of a brighter prospect. 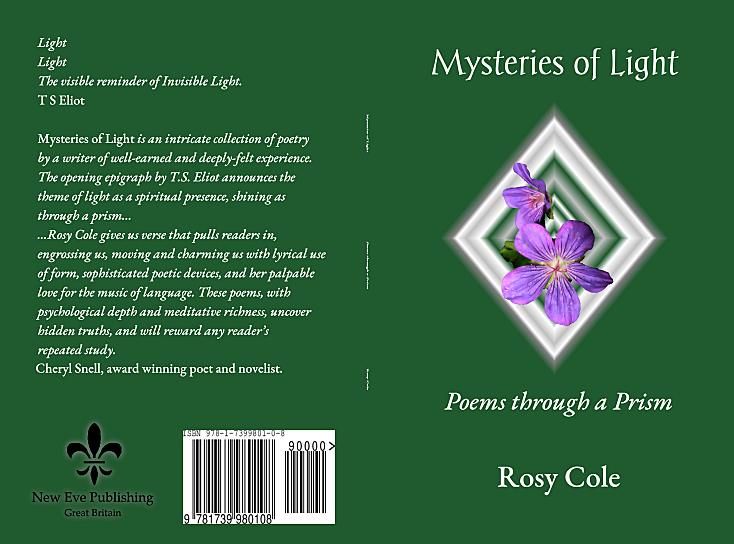 Available as Paperback and Kindle (either to buy or read for free on Kindle Unlimited).

'Mysteries of Light is an intricate collection of poetry by a writer of well-earned and deeply-felt experience. The opening epigraph by T.S. Eliot announces the theme of light as a spiritual presence, shining as through a prism with insights into Biblical characters (Magdalene’s Reflection, Judas’ Lament). The revelations they come to are often prompted by the chiaroscuro quality of their own perceptions. “You see, I wanted to be him./ But he wanted to be me!” Judas cries, surprising us.

In her observations about light and dark, Rosy Cole draws from art, history and nature. When she mourns the destruction of the planet in Where Bluebirds Fly? the Creator offers her the skies. In Inside Out, the narrator alludes to “a taunting, haunting interplay/ of light and shadow,/ never the same for two minutes together” in a discussion of St. Paul’s perceptions.

The inner workings of art and artists (Reverie in Blue is breath-taking), is a particularly shimmering facet of this book. In Vermeer’s Muse, the narrator tells us “I am mere cipher/reflection of perception/I, a backward glance/ down the halls of memory/glimpse of future past//Yet am I present …'

Rosy Cole gives us verse that pulls readers in, engrossing us, moving and charming us with lyrical use of form, sophisticated poetic devices, and her palpable love for the music of language.

These poems, with psychological depth and meditative richness, uncover hidden truths, and will reward any reader’s repeated study.' 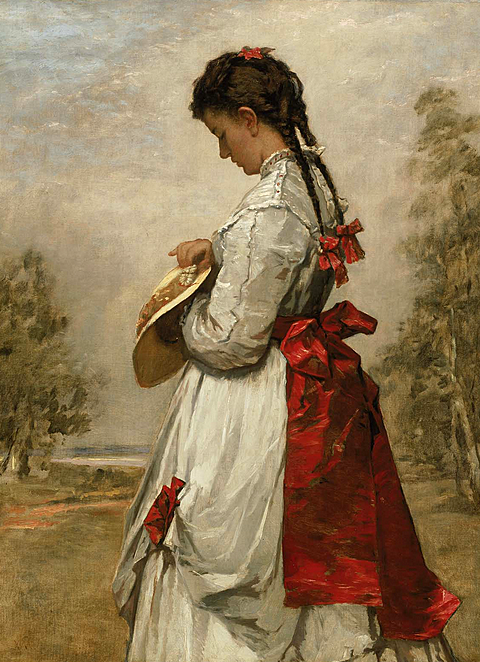 to heal and feel and breathe
free air unlaced with taint of death,
to ponder skies of patent blue
and kindled clouds of sunset hue,
to savour moments where life lives
and know no situation gives
of itself and without cost,
for in pursuit true life is lost

beyond encroaching walls,
a banished need for shopping malls,
those boundaries of every kind
breached on land, in heart and mind,
and false divisions that enlist
a pledge that puts us to the test,
removes our footprints with the tide
of cross-hatched plots and national pride

where energies recharge,
a refuge from the world at large
so inspiration finds its wings,
hard-earned spoils each season brings,
where travel can reveal new cultures
but foils the money-changing vultures,
lends atmospheres that tell of history
and conjures legends wreathed in mystery

in time and space to find
a place within our heart and mind
of peace, emblem of that heavenly home
where pearls exchange for purchased loam,
furnished by One who pierced the gloom
and snapped the bondage of the tomb
and rose to greet a golden dawn,
a mystic presence in our form 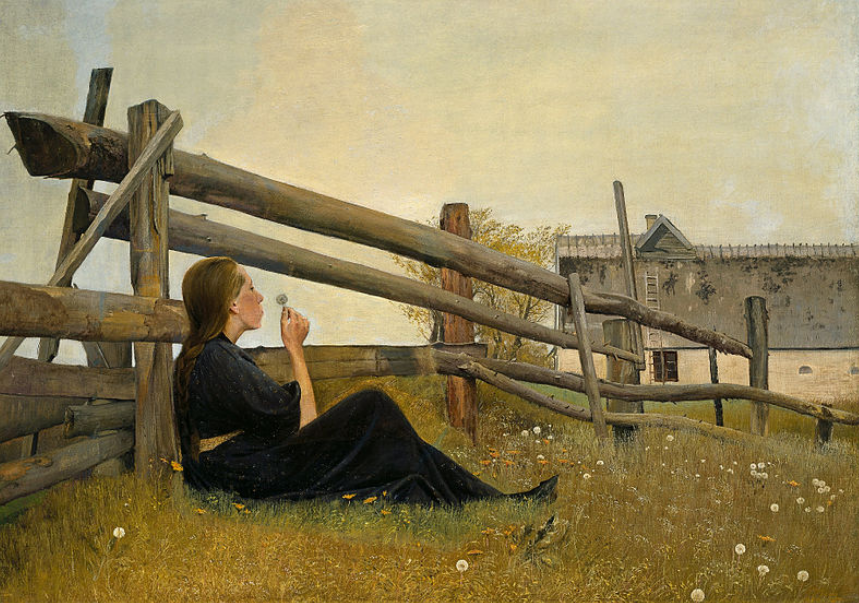 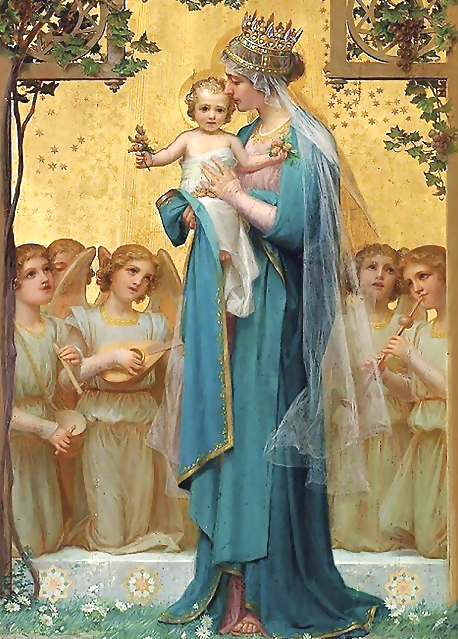 On the Feast of the Assumption of the Blessed Virgin Mary

We lost him once, in boyhood's rise
amid the journey's crowd
Our thoughts and wild assumptions
did heaven's vision cloud

I cannot tell, for words are vain
how absence fires strange joy
It burns away the wasting world
and strips the sly alloy

The flesh recedes, horizons clear
consume my being's see
Now is the time! My Love revealed
with arms stretched wide for me! 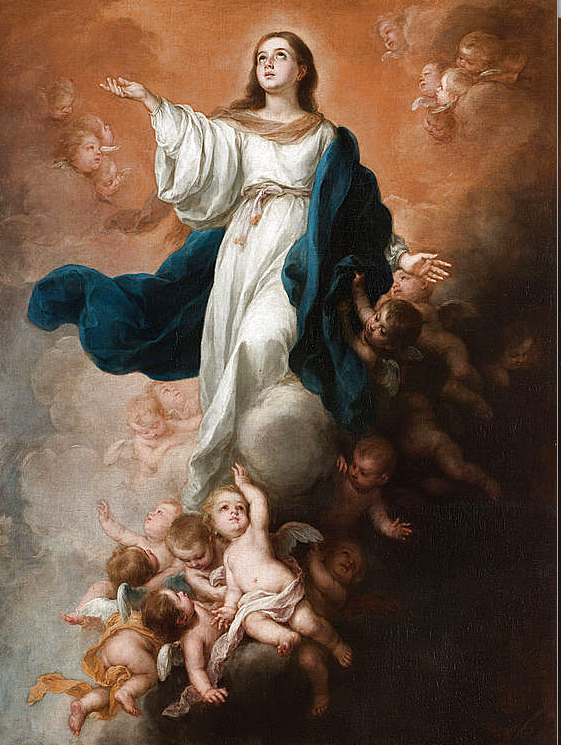 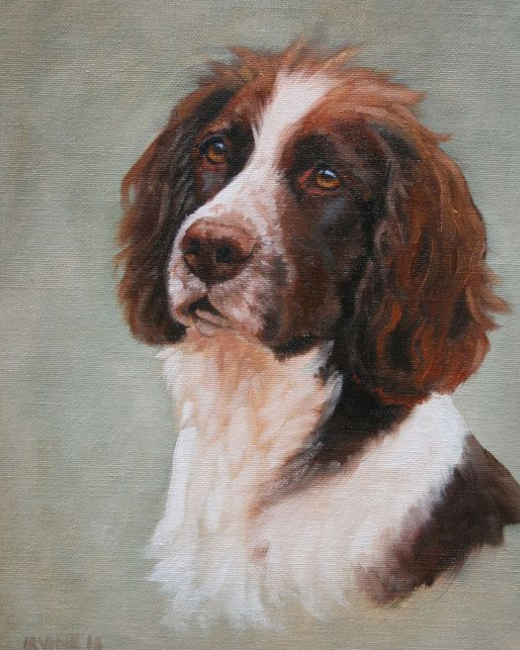 
That's my last canine pictured on the wall

looking as if he were alive. I call

that piece no blunder, now.

A Canon Powershot and sleight of hand

captured his mischief and there he stands.

Do sit awhile and be amused.

I said this camera by design, for none

and would have missed him altogether,

his rump fast disappearing in the rearguard

of a hundred miles an hour tornado,

had it not been for A1 technology

and the patience of a saintly spouse.

Perhaps Di chanced to pat a seat and say

Come, sit with me on your part of the sofa

and harken while I spin tall tales of your begetting.

His tail would wag; he loved a tale,

adjusting the helter-skelter of his heart

of spells woven by camp fires at twilight,

run to earth, now sweating in a stockpot,

(His, sadly, didn't work, so why should theirs?)

his sire and dam a coupling from the gods,

embellishing her yarn with arcane words

he knew had to do with new-mown grass.

He'd listen, rapt to be the epicentre of Creation.

The flash would spark spontaneous momentum

and anguished squeals at apperception vanished,

nowhere the source of light found and rounded up.

and that magic word which, once articulated,

bound the speaker on pain of mayhem: Walkies! 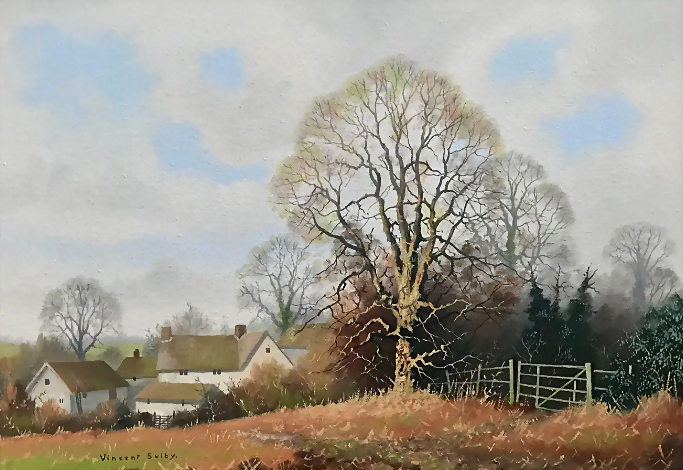 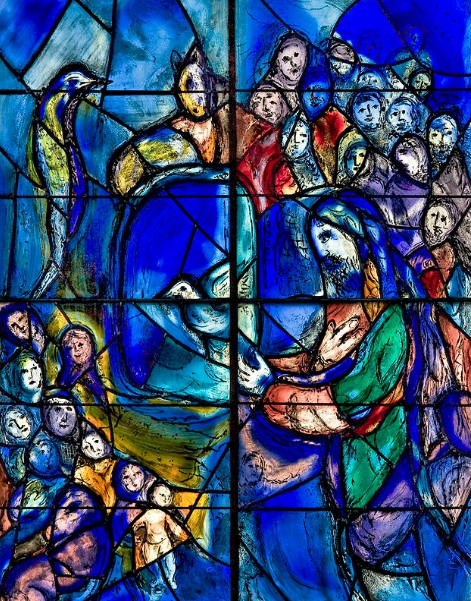 Modern translations of St Paul
said 'puzzling reflections'
in describing perception,
with a taunting, haunting interplay
of light and shadow, never the same
for two minutes together,
which made better sense to him
than the King James image.

To see 'through glass, darkly'
was like tilting with a shroud
You couldn't tell what was on the other side
of cloak and gesture,
whose storyline it was,
and whose the wider plot, when to engage
and how to abstract meaning
from a colloquy already begun.

He liked landscape art
shimmering through a summer haze,
nothing clearly defined, merely suggested,
sketched and stippled
Precision was death,
the vanity of nailing flesh to a cross,
hoping the spirit would not escape
to recite its lore elsewhere.

Whereas hyperrealism, all die-hard hues,
stirred menace by osmosis,
Magritte, Chagall, Picasso, hit the spot,
dredging themes and schemes
from where it mattered most
Those artists knew a thing or two
about immanence, hypnagogic dreams
and shapeshifting metaphor.

Such designs granted form to feeling,
which delivered its own relief
without any rationale, the need to decode,
or the knife-twisting alarm
at having been jumped from behind
into action that didn't fit the fable
Hamlet and Hedda Gabler a Disney parody,
the diapason trashed.

Putting a foot in the wrong camp
was a hazard of moving and breathing
There was seldom signage to say where you were,
no cue as to what came next
in the pantomime of human exchange.
You had to hang around
until the swirling atmospheres composed a vision
you knew meant business.

One dusk, passing the Stage Door,
he turned into the Square to confront
a revelation of community. There, in the foyer,
under constellations of lamps,
theatre-goers were sipping and laughing
and gesticulating behind glass,
no script, no hard and fast plot; the miracle
of doors parting on proximity.

Next thing he knew was a stifling warmth
and billows of babbling energy
He'd thought to be among long-lost friends,
in focus, the jester at the party,
but the baffling palaver made him feel like a spectre,
an outsider on the inside,
so that he fled into night's embrace,
all lacerating noise and winking alarms. 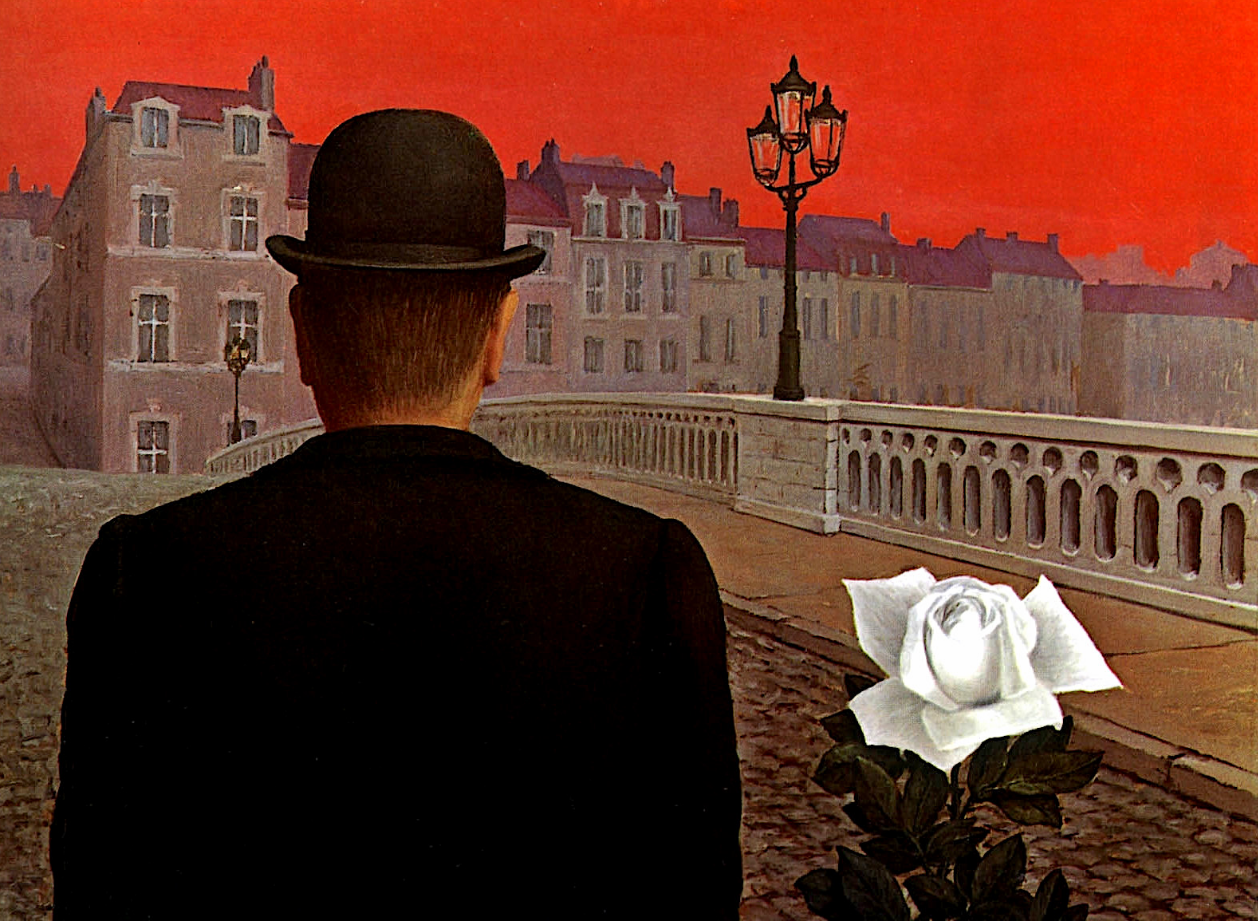 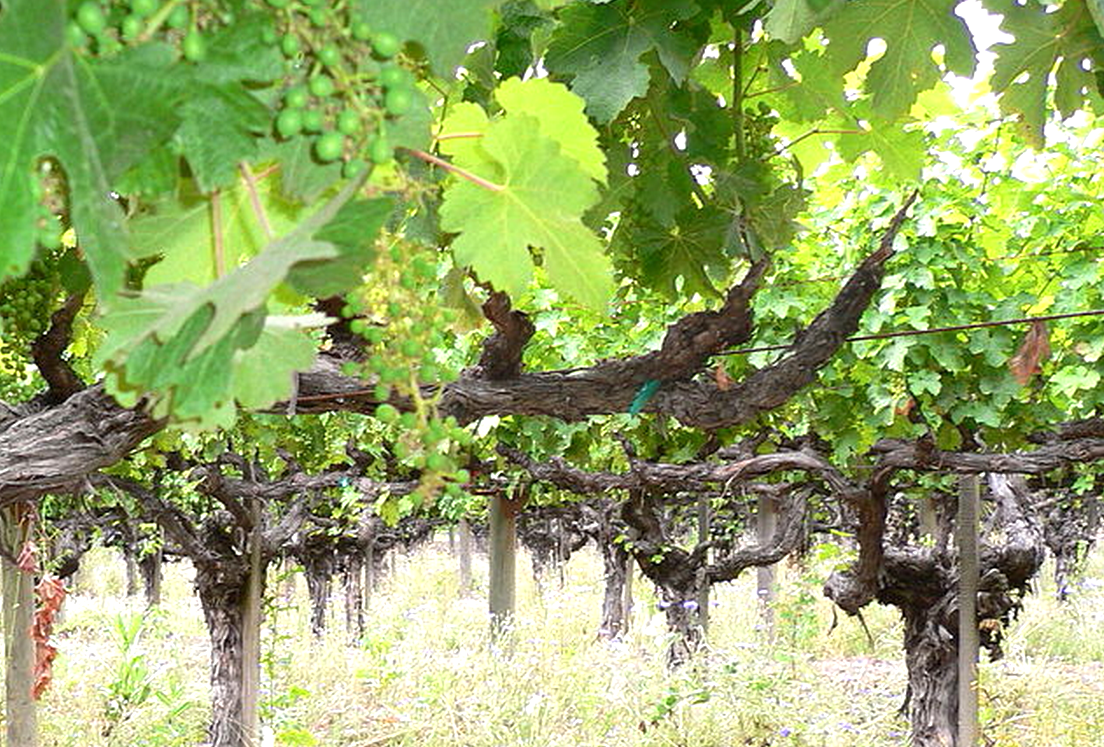 When hope did wither on the vine

their blighted knots vouchsafed no gale

would rock the fruiting tree

And bring its sapid bundles down

their beads no golden solstice bless

nor vintage blood be spilled

No mangling winepress of the earth

would pulp the skin and flesh

nor crimson spirit swell the veins

with life and faith afresh

When hope did wither on the vine

it mocked the turning world

the oyster bore its grit in vain

no tears begot no pearl! 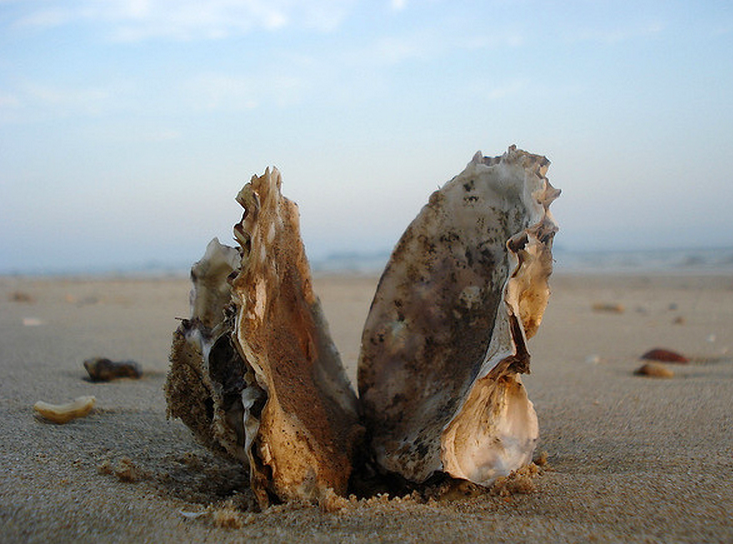