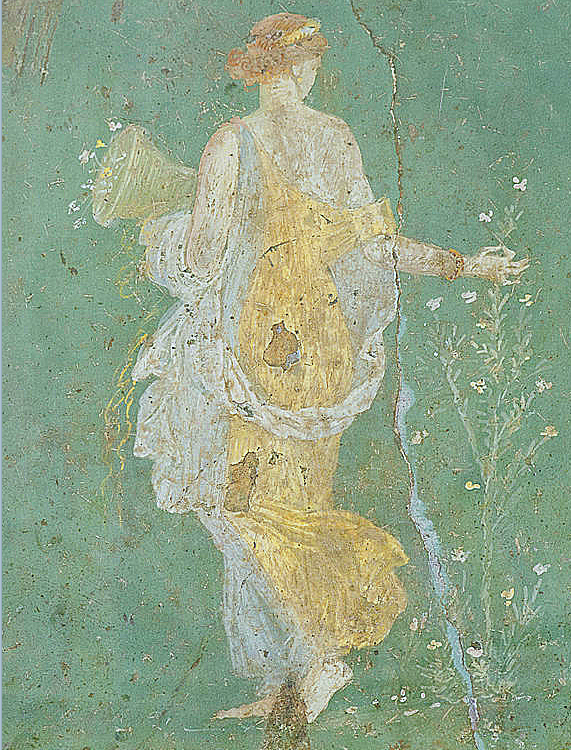 May Day customs around the world

In the days before plumbing on these Isles, long after the Romans had usurped the pagan festival of Beltane with their Floralalia, mistress and maiden would rise as May dawned to drench their faces in dew. The complexion must be kept pearl-pale and every trespassing freckle shunned.

The diarist, Samuel Pepys records how his wife, Elizabeth, called up her maid at three in the morning to leave in the coach and carry out this vital routine.. Pepys' consternation at what might befall them was little disguised.

Those eager to cull the freshest mist and maythorn buds were out in the woods overnight. At least, these were the legendary reasons. Philip Stubbes, the Puritan moralist, wryly notes that only a third of the maids who went a-maying came back undefiled. It seems no one pressed him to quotes sources!

In the 13th Century, Robert Grosseteste, Bishop of Lincoln, chastised priests who took part in games under the license afforded by the bringing in of blossom.

In other English counties, like Kent and Devon, money was given to those who did. Maybe this was a tactful way of dishing out dole without having to decide who were the most deserving cases. Milkmaids decorated their yokes with leaves. Jack-in-the-Green would lead capering chimney sweeps through the streets and collect alms for the lean season ahead. The May Queen would be crowned and lovers' ribbons symbolically twined around the Maypole.

Chagrinned suitors might take the opportunity to leave 'alder for a scolder' at girls' doors, and 'a nut for a slut' without fear of litigation.

Thanks to Edward Hall's Chronicles of 1542, we know that King Henry VIII and Queen Catherine of Aragon passed May Day of 1515 by taking a picnic to Shooter's Hill where they enacted scenes of Robin Hood and consumed their banquet under a flower-decked awning.

To this day, the choristers of Magdelen College, Oxford, climb their 144 foot tower and broadcast a Latin introit to a packed audience of revellers below. Then the street party begins, with acrobats, fancy dress, jugglers, Morris dancers and sideshows. 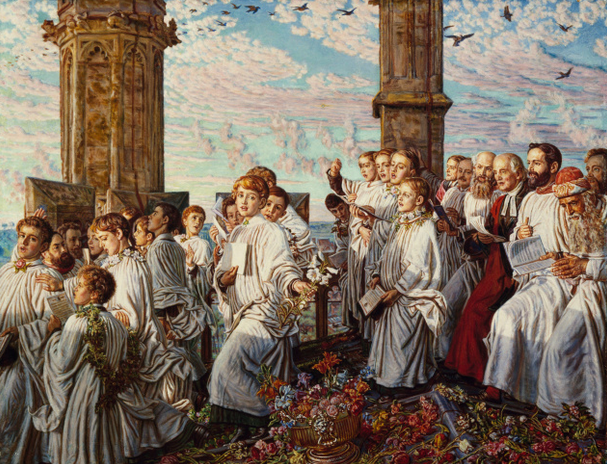 In Edinburgh, the Beltane Fire Festival has been revived. In St Andrews, students gather on May Eve to take a plunge in the sea at sunrise.

The date, in the Northern Hemisphere, lies midway between the equinox and midsummer, and is the reverse of All Hallows, November 1. May heralds the return of the Light. This is truly the first day of spring, the Marriage of Heaven and Earth.

Christian culture expresses this with the bringing in of the New Fire at dawn on Easter Day. In Britain, during the Dark Ages, Roodmas was also celebrated at midnight on May 1.

As Puritans, the Pilgrim Fathers frowned on the revels, but it didn't stop them calling their flagship, Mayflower. In fact, many old customs were kept alive in the New World, especially around cosmopolitan Philadelphia. The practice of filling May baskets with flowers and treats and leaving them on doorsteps still endures, as does the Maypole and many performance entertainments.

In Minneapolis, the Heart of the Beast Puppet Theatre marks the event with puppet pageantry, from hand-sized ones to those which are ten feet tall. Their themed floats really are launched on water. Masks and mimicry are the order of the day, presided over by a grinning sun in blazing orange.

But this most popular of festivals has its sober side. In Europe, as in Scandinavia, the United States and Australia, the day has been earmarked for highlighting social inequalities and human rights infringements, This has led to legal amendment.

It appears to have started with the Haymarket Massacre in Chicago in May, 1886. Police fire killed a dozen or more demonstrators during a general strike for an eight hour working day, and gave rise to International Workers' Day. A holiday was announced and three years later, the French, upon the centenary of their Republic, followed suit. Roman Catholicism pays tribute to St Joseph, the worker, on this day, and the force was with them, so to speak.

But in a country famed for the amorous arts, a more romantic tradition lingers. In 1561, King Charles IX of France, delighted at being given a lily-of-the-valley as a lucky charm, presented each of the ladies of his court with one of these flowers. By the 20th century, the custom had been adopted wholesale as a chivalrous gesture in return for a kiss. Of course, social distancing has put paid to all that!

Since its own revolution of 1959, Cuba focuses on the part played by its workers in a global economy, and icons of Che Guevera and Fidel Castro are raised high. It mounts a tour of the nation's stellar achievements in all spheres, architectural, cultural, social, and enjoys merrymaking under a rippling canopy of flags with their striking sky blue and white stripes and single-starred red triangle.

An annual review of income takes place in Brazil. The aim is to preserve an equitable wage for both professional and labouring classes.

Amid these egalitarian struggles, dreamy Hawaii extols its Pacific identity in relaxed fashion. May Day is Lei Day, a festival of garlands and garland-making, historic movies, hula dancing and tender lei songs. The lei are made of orchids, Arabian jasmine, ferns and other leaves, fragrantly threaded and intertwined. Some are made from sea shells, bones and feathers, bright candy, or even paper flowers.

Germany, Finland and Central Europe all observe Walpurgis Night (Walpurgisnacht), April 30, before dawn ushers in the season of growth. This is named after St Walpurga whose holy day falls on May 1. It overlays earlier pagan rituals when huge bonfires were lit to drive away evil spirits believed to be at large among the living. The occult theme was never quite extinguished and seems to have gathered a lugubrious undertone with the suicide in 1945 of Adolf Hitler and his staff at the Reich Chancellory as Russian troops closed in. 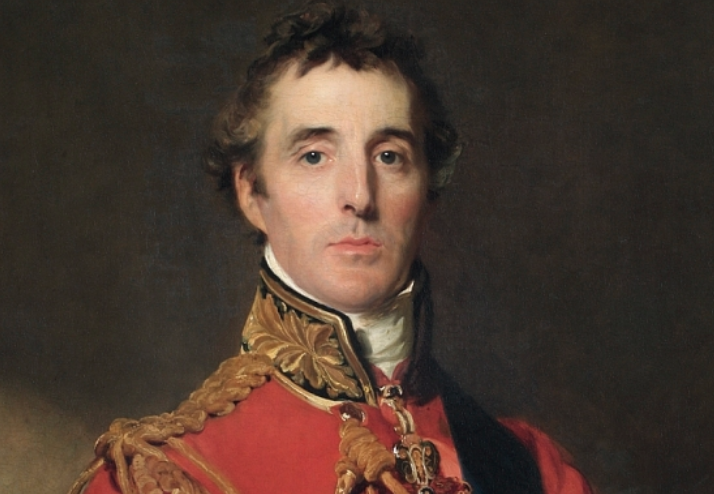 Among rising Taureans of the past, born on the date, were Paracelsus, the Swiss alchemist of the early 16th century and, in 1769, Arthur Wellesley, Duke of Wellington, the hero of Waterloo and failed Prime Minister of a later administration. Calamity Jane, the frontier fighter, also entered the world on May 1, in 1852.

Sporting buffs may be interested to learn that the first cricket match was played in America on May Day, 1751, arguably England's most worthy export! (Hambledon, in Hampshire, UK, which is recognised as the cradle of cricket, is where my mother was born.)

For important ceremonies, however, none can cap the 1931 dedication of the Empire State Building. President Hoover pressed a dummy button in the White House and a flunky flicked a switch in New York at the same time, so that the building was suddenly flooded with illumination.

It was the middle of the Depression. America said let there be light, and there was light. And the President saw that it was good for business. 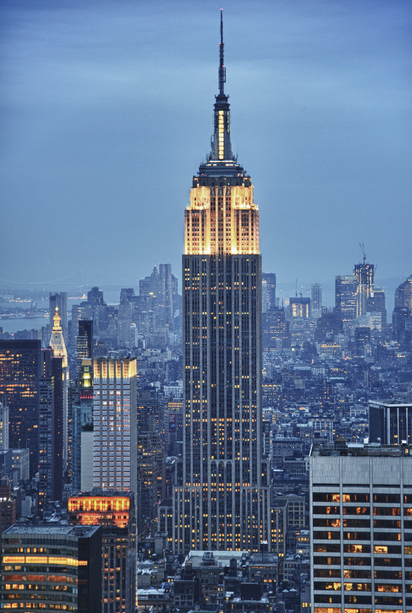