But were Life and Death two sides of the same coin? 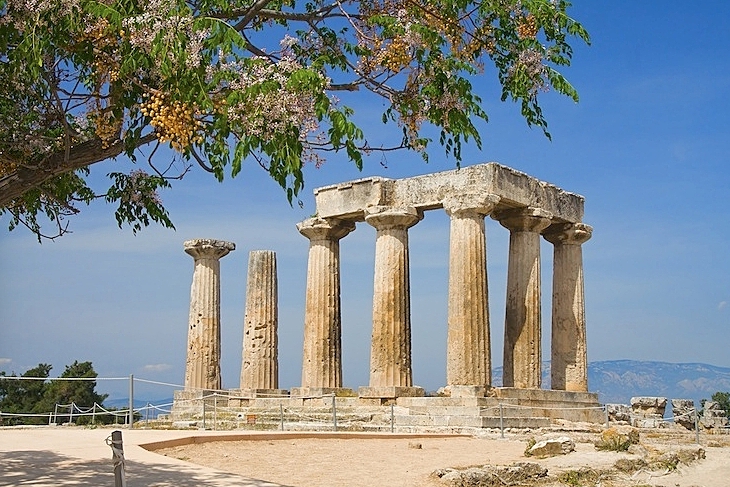 But it was not of the future I wanted to think. My life belonged to the past. Scenes from earlier days came up vividly before me. Days lost and irretrievable, days within the compass of my own history spun out of dimmer days stretching back into the far reaches of Time.

Oh, he had taken me on so many diverting journeys! Not only the Land of the Midnight Sun had he wanted to show me, but ancient civilisations and oases fanned by palms. He would like, he announced in a moment of pure exhilaration, for us to make love in every capital in the world. He would show me the Seven Wonders and the places of pilgrimage. We were conquerors of Time and Space, traversing oceans and deserts in the twinkling of an eye, jetting towards some target on the fragmented plates of the globe. We’d seen cities astride fault lines, defying the cataclysm. And temples upon outcrops of rock above seas of clear turquoise, bays flooded with carmine as daylight faded. We'd explored the labyrinths of Crete and were overawed by the apocalyptic domes of Venice; way behind us, the sleepy spires of home. Yes, there were many such visions, all tarnished and corroded at close range from the miasmas of progress. Jude was always anxious to move on, be elsewhere.

Most haunting of all was the spirit of Greece. Athens, wreathed in a purple mote haze on a brilliant morning, dominated still by its archaic culture. Even after centuries and two thousand years of Grace, you could forget, on such a day, that any change had taken place.

I recalled the tunnel-like echo of its streets, the vehicles that tore and screamed around the Squares; the plangent music issuing from every taverna, drowning the welter of passions and sorrows within; the subdued old men, work-hewn and weary, bewitched by the anodyne glint of retsina and ouzo; the riots before dawn and the suffocating illusions of liberty; the emollient odour of olives that clung to the clothes and the Turkish coffee silting the cup. And at every street corner, at every entrance and exit, the lottery tickets… 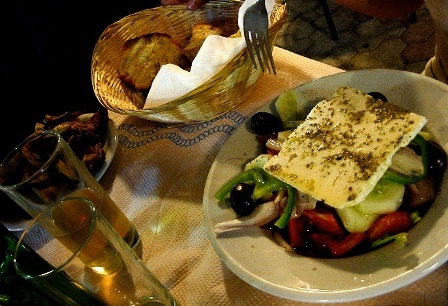 We had travelled to Corinth, I remembered it well. The road followed the craggy littoral of the Saronic Gulf, then veered into Peloponnesus, over the Corinth Canal, narrow and straight as a die. We had peered in wonder down the sheer-sided passage at the ribbon of water below, so deep that huge vessels looked lost in the chasm and the bridge lodging across the top, so frail.

Like a camera with an angle on its own particular story, my mind enlisted other scenes. Ancient Corinth abandoned by the receding tide, out of joint with the modern port. Part of it had been excavated and the lineaments traced of what was still buried. Here and there posts marked the depths of previous digs. They had plans, the archaeologists, the Departments of Classical Studies, they knew in some detail what was secreted beneath the shuttered villas and the groves of orange and lemon.

But clearest of all was the memory of Jude motionless! He was standing where St. Paul was reputed to have preached to those hedonistic Corinthians, grown complacent in prosperity, lured into the path of courtesans whose shoes printed the words ‘follow me’ in the sand. His imagination was fired as he gazed out towards the bay, seeing ships laden with cargo, bound for the ends of the earth. An endless traffic of coveted wares and an economy wrought with undisciplined gifts. When his thoughts snapped back to the present, he said: “What’s so staggering about all this is that it’s taken so long to discover. It’s been here all the time, forgotten for centuries, and no one’s bothered until now to find it. Why is that?”

I was amused at the time by his preoccupation with this question. It had seemed so important to him. Two years later, I had the answer. A chilling answer. I knew because of what was happening to me. It was because the world itself was dying that it had taken to delving into the past, as the old do, and those upon whom the future has shut down, investing memories with a life the reality has often failed to own. The discoveries made in the fields of archaeology and psychology, the nostalgia for things past, revisionist history and the speculation on the origins of mankind and his universe, all seemed to betoken a creation in its latter stages; a creation without a tomorrow. After two World Wars and the intensifying threat of a nuclear holocaust, there was not much left for people to believe in. A void loomed ahead which they saw no means of spanning. So the world closed its door upon the inevitable, sealed up the cracks against death and destruction, and got on with the business of its technological advances which some claimed would deliver it.

Here my despair reached saturation point. The world had no future and neither had I. What was the purpose of existence at all? What was it but a god-awful joke practised for the amusement of a Divine Power? I wept because I had lost my baby and I couldn’t paint. All I could do was to jot down scattered thoughts on torn-off scraps of paper, leave them to get lost among the outstanding bills.

But I already had! That day I was forced to face the truth at the Health Centre, I had begun a different journey. A path opened up in the woods. Cast your net on the right side. The only thing to do was to create an alibi for existing, to build a bridge between the known and the unknown and drive oneself across it, refusing to look down at the bottomless gulf below. That was life!

“Of course,” Jude had said, “there are a lot of bridges to cross before we can make a move!”